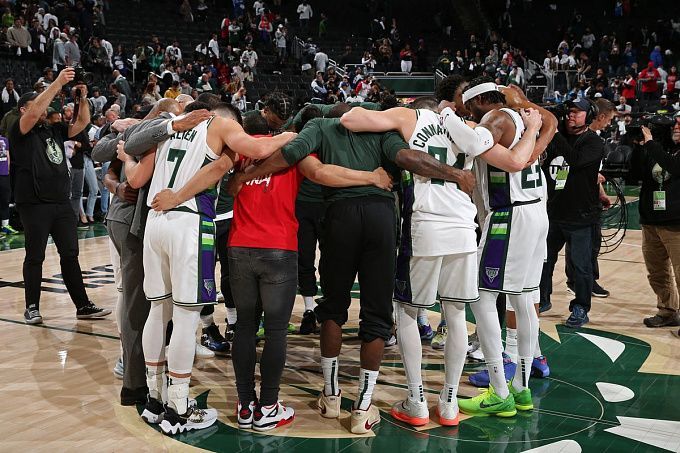 In the first game of the series in Chicago, the Bucks destroyed the Bulls by 30 points. Will the second face-off at the United Center also end with a confident victory for the Bucks? Let's pick a few options to bet on at once.

After winning the second game of the series with Milwaukee, Billy Donovan's team took home-court advantage. They couldn't hold it beyond the flight from Wisconsin to Michigan. In the first quarters of their first game in Chicago, the Bulls gave back to their opponent what they had taken away in Milwaukee. 81-111 – one of the team's leaders, Khris Middleton, being absent did nothing to help the Bulls. Or probably it was the reason they lost.

The Bucks openly expressed dissatisfaction with their play both after the first game of the series win against Chicago and after the second game, where Milwaukee easily took a 20-point lead to lose in the end. Milwaukee improved in game three, showing how strong they can be in the pivotal moments of a series. They won by 30 points on very good defense, 22 points from Grayson Allen, 18 points and 9 assists from Giannis Antetokounmpo, and 18 points with19 rebounds from Bobby Portis.

The score in the series is 2-1 in favor of Milwaukee.

Game 3 of the series showed the real difference in class that exists at the moment between the teams. The Bucks are the reigning champions and one of the main contenders for the title this season. The Bulls, on the other hand, can be satisfied with making the first round of the playoffs – victories are yet to come for this team. Milwaukee will almost certainly increase the series lead in the upcoming game. And in game five at home will close the confrontation in its entirety.

Prediction: another win for the Bucks.