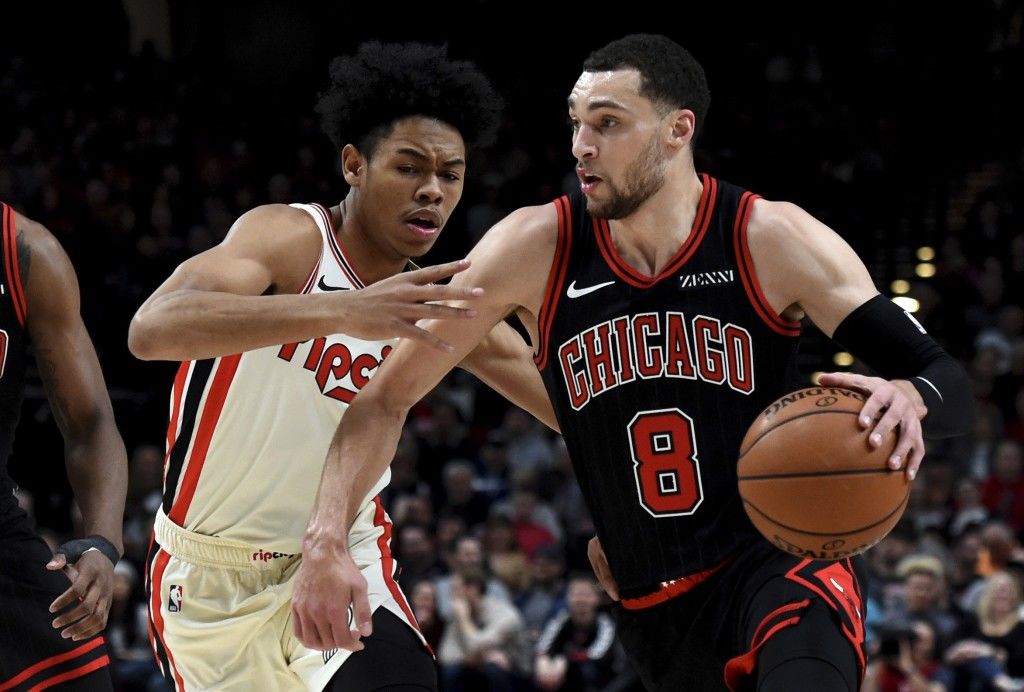 NBA betting is a tricky affair for many reasons. Trends are broken and are built in a brief space of time. This is one of the reasons why if your bets are not landing, you can’t just pin it on the lack of analysis and base it upon the failure of prediction. It is a tricky world and with each team playing 82 games spread across the season, what else can be expected! This is how it is and this is what makes it so thrilling. Anyway, let us talk about the game between the Chicago Bulls and the Portland Trail Blazers in an inter-conference tussle.

Bulls have 30 wins and 18 losses, having their worst month by far as their lineup combinations have crumbled largely due to injuries. When you miss your key rotation players, the team chemistry can crumble and when it does, the old habits that made you win are out of the window. On the other hand, the Trail Blazers have been struggling all season long and for them, every month has been a stiff task and the team has lost 28 games and won 21 games. They actually have had a decent month since mid-January and that can be attributed to different actors playing a big role in different games. The Trail Blazers have been playing without Damian Lillard for some time but the team has not won a bunch of games when the Guard was healthy. Can the Bulls recharge their old spark and get on a streak here or will Portland showcase further improvements? For my game total and result prediction, hop over to “Expert Betting Tips”.

January blues for the Bulls

Chicago has been struggling to win games in tandem these days and they keep on losing their way. However, that is understandable, the team has played short-handed during this month and their lineup has transformed way too much these days. The Bulls have lost eight out of the last twelve games, something that wasn’t routine till December but first LaVine went down and now Ball and Caruso are out long-term. Since LaVine has been back, the balance has been off due to the absence of Ball and Caruso, which has hurt the perimeter defense. And surely, defense has been an issue for the team lately.

Is it a worrisome trend? Well, a bit, but on offense, if LaVine and DeRozan are both available at the same time, it will benefit the team greatly. Both of them can dip in 25+ points during the same nights in more than half of the games. Vucevic has been healthy and in the middle, he has been highly effective in terms of scoring and rebounding. Ayu Dosunmu has been playing decent while Coby White provides dynamic scoring off the bench. However, the lack of bench and the lack of Forward depth with Patrick Williams have gone since the early season. Can these factors be mitigated? Well, surely, the team has LaVine and DeRozan.

Portland has been a sub-par team for some seasons now. This squad has had defensive issues for a long time but this season, it seems like the management is going to make big-time trades. Remember the management brought in Norman Powell in exchange for Gary Trent Jr. last season and that change has brought mixed results. The team has won eight and has lost seven games this month, and considering the overall production, this is a decent return, however, it hasn’t brought in huge changes to the long-term picture. Not making the Playoffs has been a concern for a couple of seasons now for this team.

On positive this season has been that Anfernee Simons has had a terrific season and has become an effective scorer and playmaker. CJ McCollum and Jusuf Nurkic both have been scoring in bunches too while Norman Powell at the wing is a reliable scorer too. Nasir Little has also lifted his scoring while Covington’s offense has been much better compared to earlier in the season. However, off the bench, McLemore has been the only workable option and overall, the Trail Blazers have played some underwhelming basketball on the defensive end which needs to be fixed or perhaps the team will move some big names to perhaps built it from the scratch. Who knows if they make some trades!

Points Range: The Bulls have scored 111 or more in three games straight, and scoring is not a huge problem. However, on the defense, the team has given up 110 or more in three of the last four games and yes, Chicago’s defense has worsened especially since Caruso has been absent. On the other hand, Trail Blazers have been way better on offense compared to last month. The Trail Blazers have figured in the 107-114 range these days and well, you can attribute that to Simons and Nurkic playing at a high-clip plus the return of McCollum. However, on the defensive end, like the Bulls, they have conceded 110 or more in various games. I think here both teams will score at least 107. The total points range is 220-230 in my opinion.

Prediction: Well, with the way things have gone, the Bulls don’t enter as the clear-cut favorites during most of their games anymore, especially since the second week of this month. On the other hand, Portland enters as the underdogs especially against teams with +50% win records(considering they have their key rotation players). Both teams have not been big on defense and well, that can set a precedent for a high-scoring game. I feel the Bulls will come out strong here but Portland will launch a run during the third quarter, however, the Bulls will survive it and take the game 116:108.