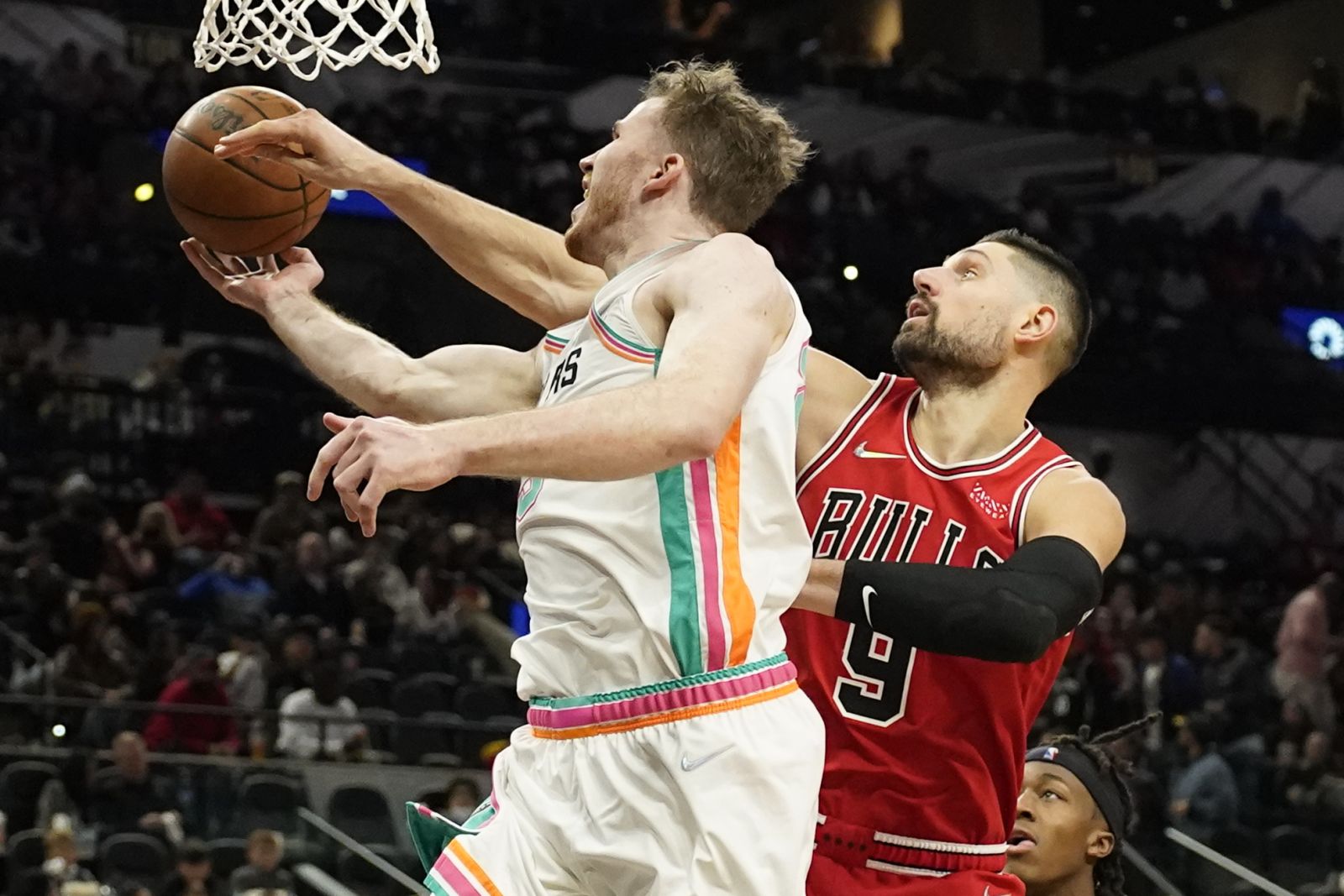 NBA has been going through the motions and post-trade deadline period, the league has seen the transformation in different roster make-ups. These changes can make teams hit peaks and valleys as adjusting to a new system isn’t easy even when one new part has been brought into the system. This is due to the inexperience of a fresh unit and thus, many teams that made big changes to the lineups can take a lot of time to adjust and the All-Star Break will give an opportunity for the coaching staff to assess the situation moving forward. But before that, let us dive into the game between the Chicago Bulls and the San Antonio Spurs.

The Bulls have won 36 and lost 21 games, and that is a tremendous record in the overall scheme especially considering the number of injuries the team has dealt with recently. They are on a three-game winning streak and have won eight out of the last 12 games, which is surely a great return. However, the team has dealt with a ton of injuries recently and after the team has been compromised with the loss of Lonzo Ball and Caruso, Zach LaVine has also been struggling with an injury. The team has largely dependent upon DeMar DeRozan, who along with Vucevic keeps giving the team an offensive boost.

On the other hand, the Spurs have had a tough season, especially since January. They have won the last two games but have lost 35 games while winning just 22 games. The team rebranded the roster recently and brought in Josh Richardson and having traded away Derrick White, their roster balance can be in a bit of disarray but the two recent wins prove otherwise. Overall, the team is highly dependent upon DeJounte Murray, who has become one of the best scoring guards in the league and he has been also dishing assists and clasping rebounding at a high level. The Spurs have laid a solid foundation if anything. Can they notch won against the Bulls away from home? To know game total and result prediction, jump to “Expert Betting Tips”. For my players-based predictions, hop to “Player Performance Prediction”.

Bulls keep on battling injuries, Spurs’ offense has been strong

Bulls are battling injuries, DeRozan and Vucevic are key

As stated above, the Bulls have been hit with a storm of injuries especially since the second week of January. The team would have been in dire straits had DeMar DeRozan and also Nikola Vucevic wasn’t playing regularly. DeMar surely has had the season of his life and is for sure an MVP candidate as he keeps on scoring 35+ points these days and keeps on dazzling fans with his unparalleled mid-range game, he has surely been turned on throughout the season. On the other hand, Nikola Vucevic has been hoarding rebounds and has also improved his offensive game as the season has gone on. This one-two punch of DeRozan and Vucevic has been huge these days.

Thankfully for the Bulls, the guard depth was built well since the beginning of the season. Ayu Dosunmu has become a reliable playmaker and has also improved his overall game in his rookie year. I can’t stress enough how crucial his contribution has been and the team has been certainly losing more games without him. Coby White is also a high-yielding guard and he can click in a bunch of points. However, there is no doubt that the Bulls have to be the least productive, and if not that, at least one of the least productive these days, and if JaVonte Green misses the game, god saves them in that regard. This also means that if there is a close game, DeRozan, Dosunmu, Vucevic, and White will have to play hefty minutes.

Spurs are surely in the hunt for the Play-in spots as both the ninth and tenth positions are wide open to claim and potentially the eighth spot can also open up. They are in a race for the spot against the Trail Blazers(who have one more win and one less loss than Spurs), who currently sit at the tenth position, and against the Kings and Pelicans, who have almost the similar record as the Spurs. Meanwhile, the Lakers hold the ninth position as of now but their current play has indicated that they can lose a firm grip over a late spot especially with the upgrade Pelicans and Kings have gone through and the offensive depth of the Spurs. The Spurs are in the midst of an eight-game away from stretch(whoops!) but the Trail Blazers have a much much harder schedule to deal with.

At any rate, the Spurs lead the league in assists per game and that is a testament to Greg Popovich’s run system. They have been riding the hot-hand of DeJounte Murray lately who is my pick for the Most Improved Player of the Year ahead of Desmond Bane. Devin Vassell has elevated his game with Derrick White vacating the starting spot after the trade while the wing duo of Keldon Johnson and Doug McDermott surely stretches the floor for the rest of the players. Jakob Poeltl can also make a claim to the Most Improved Player award and his inside scoring along with his top-notch rebounding and rim protection plays a crucial role. Lonnie Walker IV is a strong offensive player off the bench but yes, the Spurs will need to improve their defense in the long run.

Points Range: As stated above, the Spurs lead the league in assists per game and that is why they have been able to score 120+ during many games this season. The Bulls are short-handed right now and their defense has proven to be vulnerable during many nights recently so the Spurs can have their chances. On the other hand, the Bulls have scored 120+ on a regular basis. On defense, they have also given up a ton of points. This is why this has the potential to be a high-scoring game. I think the total points range here is 230-240.

Prediction: The Bulls will play at home and they are on a three-game winning streak but I think the Spurs will come out motivated here and play at a high clip. I see an interesting battle between Poeltl and Vucevic here and I think Poeltl will give a bit of trouble to Vucevic. On the other hand, I think the Spurs' wing depth will come through here. This is why I see the Spurs pulling off an upset 123:116 win here.