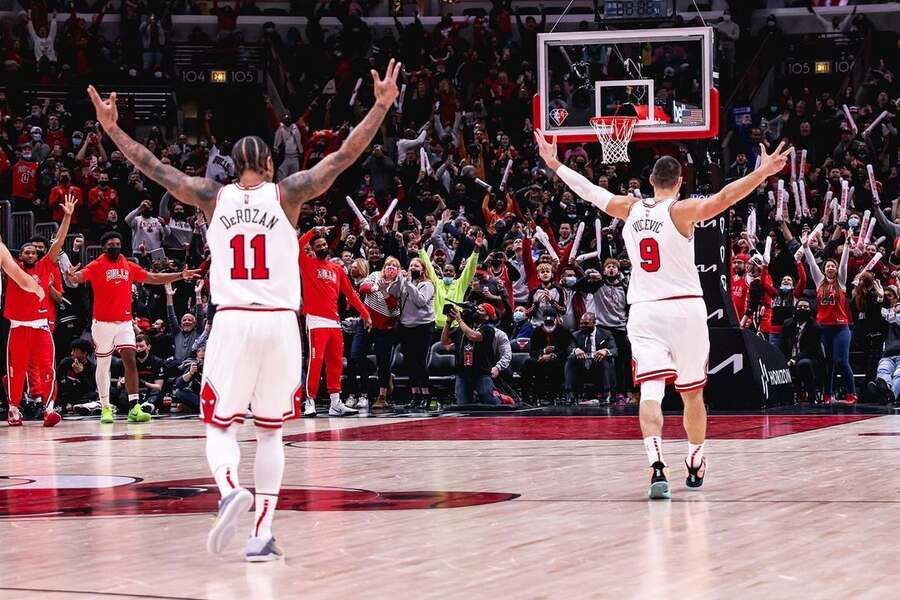 The NBA Regular Season keeps throwing curveballs and the betting scenario has only grown more complicated recently. So many obvious bets have fallen off lately and this is because some of the bottom-feeders are putting up a better fight as they have grown team chemistry. And this is why, if your bets and my predictions are failing, it is because, during the current window, a lot of ups and downs are to be expected. The Chicago Bulls have had their fair share of ups and downs and they take on a turned-on Toronto Raptors here.

The East is fierce this season

The Miami Heat is at the top of the Eastern Conference for some weeks now and they have finally built some comfortable distance away from the rest of the Conference. Although their distance is not as secure as the league’s best Phoenix Suns in the West, it still means that they are only becoming favorites to seize the top spot in the Conference. Below them, the race is getting only more heated up. Surely, the much-improved play of the Celtics has caused a lot of ripples and they are in a highly exciting battle versus the Sixers and Bucks for the second spot at the moment. Below them are the Chicago Bulls at fifth, Cleveland Cavaliers, and Toronto Raptors closing in on the fifth and sixth spot as well through some brilliant play recently.

Bulls have been losing their way

The Bulls have played some of their worst basketball this month. Actually, since January, when they were injury-ridden, their campaign started to take big hits. They have lost eight of the last ten games, currently on a three-game losing streak. Since the second week of January, the team has lost 18 games and has won 14 games. Now, one common theme since that period has been that whenever DeRozan goes past 30 points, the team has been winning 90% of their games and when he doesn’t notch these many points, the team is more likely to lose despite having a strong isolation scorer like Zach LaVine beside him. The team has been lost on defense quite a bit and they desperately need Ball and Williams in the mix to bolster the defense. There is no doubt that there has been a serious deficiency of defense for the squad since the injury to Ball.

Raptors work their magic away from home

The Raptors have won 60% of their road games and at home, it is just one game above the 50% win mark. It is clear that they have picked up their game away from home, and the last game 93:88 win versus the tough Sixers. The team is on a six-game winning streak away from home and they have to play eight of their next 10 games after this battle versus the Bulls at home so yes if they capitalize on the home stretch, their chances to make it in the top-six will be huge. Currently, the play of rookie Scottie Barnes has helped in making huge gains as he has stepped up his scoring in absence of OG Anunoby while bringing all-around chops. Siakam, Gary Trent Jr., and Achiuwa bring a ton of defensive energy alongside Scottie while the all-around game of Siakam has also been huge. So how will the Raptors respond in the upcoming window, will they become a better home team?

Considering these players are available to play, below are my player-based predictions:

Points Range: The Raptors have been playing a ton of grind-out low-scoring games these days, an area where the Bulls have not been comfortable. Bulls like shootout type of games but ironically they have been outshot more often than not in the recent picture. Do remember the Raptors will be playing two games in two nights while the Bulls will come into this after a two-game rest. But the Raptors starters are used to playing heavy minutes and have done well in back-to-back scenarios recently even if these games are away from home. I see the Bulls pulling up a much better offensive outing though. I believe the total points range here is 221-230

Prediction: The Raptors will be exhausted after a tough and close battle versus the Sixers but they have built a penchant for taking close games and have come up strong on the road. The Bulls lost the last three games, all were away from home, but they have won six of their last seven encounters at the home floor and they are strong at the home floor. I see DeRozan and LaVine coming up with a big night here and winning this 115:107.