Chicago vs Dallas Prediction: the Bulls to Beat the Mavs in Summer League Again 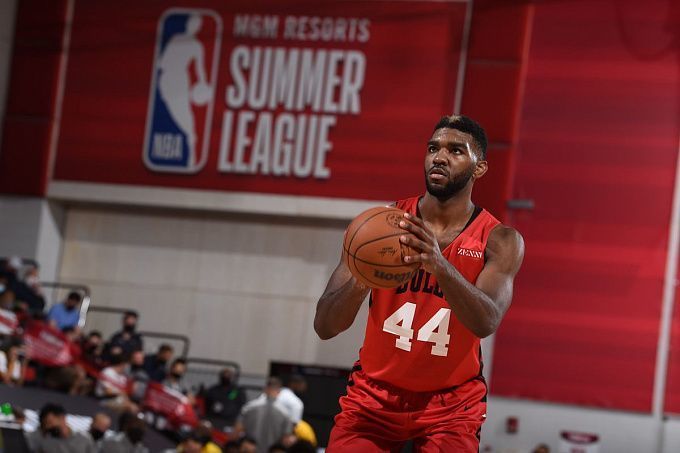 Chicago vs Dallas event within the NBA Summer League could be one of the most boring. Only two players drafted last year will be on the floor in the upcoming game, and only one was chosen in the 1st round. Should we expect a spectacular match in this scenario?

Last year, the Bulls won just 2 of 5 Summer League games, despite the fact they had Patrick Williams, who averaged 21 points. Ayo Dosunmu also played an important role, earning a permanent lineup spot past regular season. The roster for this summer's tournament in Las Vegas is packed with players 25+ years old, but it's unlikely they'll matter much. The main hope is Dalen Terry, who was drafted 18th this year. Also quite good is Makur Maker, who missed last season in the NCAA and spent in Australia. Javon Freeman-Liberty, who gained 20+ points in his final year of college, might create a sensation having pumped up his three-point shooting.

The Mavericks traded away their 1st round pick this year, acquiring Christian Wood, and there is not a single basketball player under 20 years old on the Summer League roster. Dallas ended up selecting only Jaden Hardy, but he could be an upgrade. The 37th pick spent the last draft season in the G-League, averaging 19.4 points. True, the young guard shot less than 40% from the field, including 30.8% from three-point range, so there's still a lot of work to be done on his efficiency. Miye Oni, formerly of Utah, will try to prove himself in a Mavericks uniform, although he did his best with the Nigerian national team. Derrick Alston Jr. scored 19.6 points in the G-League, but he shot very poorly from beyond the arc, making only 25.5 percent of his attempts.

Both teams' lineups aren't particularly impressive, but Chicago has a few more promising players who can develop in the Summer League. In addition, the Bulls have a lot of experienced guys. Dallas will surely build its game around Hardy, whose effectiveness is questionable even in the G-League. The Mavericks had slightly more high potential youngsters last year who will struggle to win.