Chicago vs Milwaukee: the Bucks to Regain the Home-court Dominance 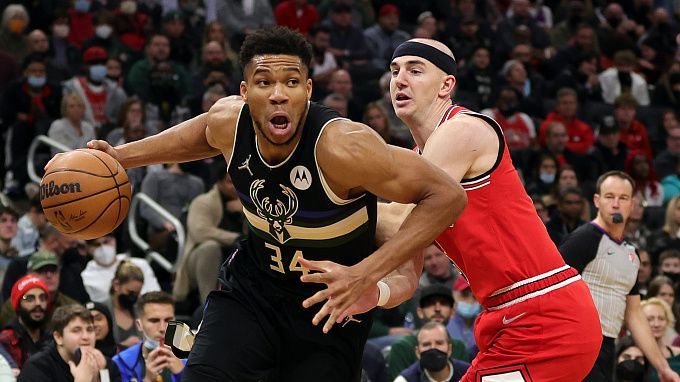 Milwaukee unexpectedly lost one game on the home court to Chicago and now needs an away win. Will the reigning champion claim it in the third game of the series? Let's pick a few options to bet on.

The class of the Bulls and the Bucks is so different at the moment that few predicted Chicago would get just one win in this series. However, the Bulls have already won. On the road, they stole home court advantage from Milwaukee. 114-110 in favor of Chicago in the second game. DeMar DeRozan scored 41 points on 16 of his 31 attempts from the floor.

The Bucks can play much better. This was acknowledged by the team's leaders after the first game they won against Chicago. However, they did not have time to make the right conclusions. Although they played with a handicap of nearly 20 points in the second game, they still lost by 4. The near-consecutive comeback was in large part due to the excellent play of Giannis Antetokounmpo - 33 points, 18 rebounds, and 9 assists. The Greek was one pass short of a triple-double.

Chicago is a coach's team that has at least some chance of success in the series with the reigning champion, thanks to the work of Billy Donovan. And also the extremely successful play of seasoned DeMar DeRozan. But Mike Budenholzer on the Bucks' bench is also a top-notch specialist who already led the team to a title last season. The Bucks have a lot of margin of safety, as evidenced by their close comeback in the second game. It is unlikely that Milwaukee, even if Khris Middleton does not participate, intends to put off regaining home-court advantage until the fourth game. More likely, the Bucks will reach that goal in the third. Prediction - Milwaukee wins