Content
To top
1.
Golden State Warriors: Even Durant and Harden had no answer
2.
Cleveland Cavaliers: How long can they hold on to a winning record?
3.
Notes
4.
Expert Betting tips
5.
Betting Options
Users' Choice
12 200 USD 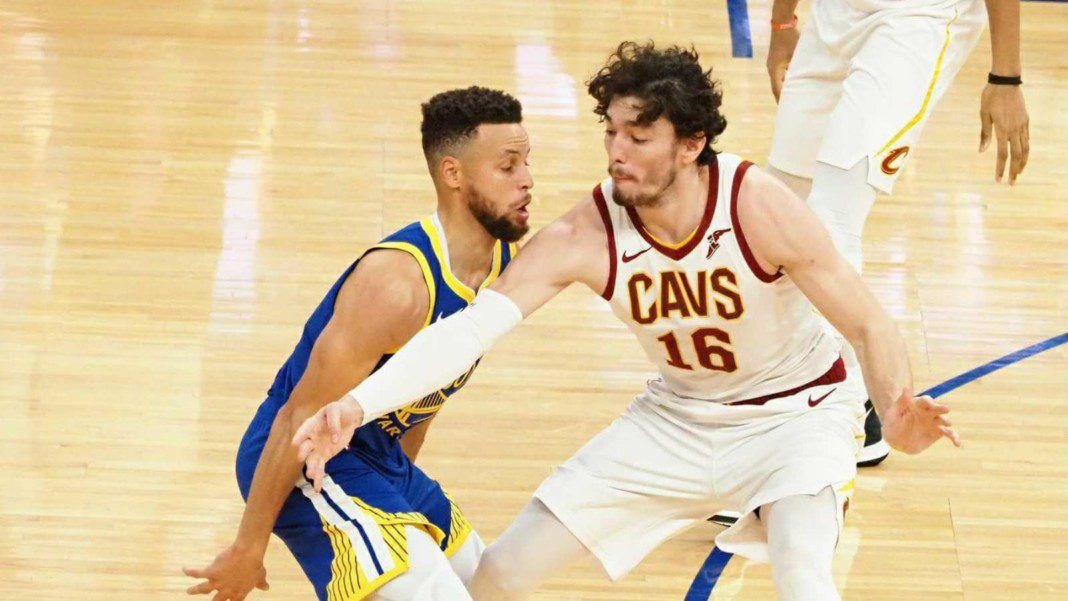 In this game, two cross-conference teams in Cleveland Cavaliers and the Golden State Warriors will clash against each other. After a hot start, the Cavs have lost the last two but still maintain a 9-7 record. On the other hand, the Warriors have the best record in the league and are miles ahead of any other squad right now. For a quick look, head over to the “Notes” column.

Golden State Warriors: Even Durant and Harden had no answer

Locked in on both ends: The Warriors are dominating the NBA right now and all that without their swingman Klay Thompson. The team is at the top of both offensive and defensive efficiency at 110.9 and 97.0 respectively. Two indicators signify their form this season clearly as the team leads the league in points per game with 115+ and stifling teams for a paltry 101.6. Warriors shoot around 47% per game and limits opponents to around 42%. These metrics back their 12-2 record.

Depth and combinations: While Stephen Curry is hovering 29 points per game, the duo of Jordan Poole and Andrew Wiggins combine for 35 points on average, which means the 1-3 spot is producing around 65 points or so. Add to the mix the length and quick feet of Iguodala, Otto Porter, Kevon Looney, and Draymond to the mix, and you have a superb defensive team. Draymond continues to be an elite Power Forward who can clip 7-10 points, rebounds, and assists per game consistently while being one of the best defenders in the Association

Cleveland Cavaliers: How long can they hold on to a winning record?

Relies on defense: Cleveland is top-ten among all the teams in defensive efficiency at 102.7. The youngsters have not allowed more than 100 points only once in the last five games and take a lot of pride on the defensive end of the floor. However, in terms of offensive efficiency, the team is ranked among the bottom ten at scrapping just 103.6. The Cavaliers have not breached the 100 points mark in the last five contests, which is a cause of concern.

Mobley and Sexton’s absence can hurt: Rookie Evan Mobley is going to be sidelined for a month or so and he grabs big time boards and produces at both ends. The team’s scoring leader is Darius Garland at 16.7 Points Per Game and he is also the assists leader with 6.7 Assists per game. Rubio, Garland, Markannen, and Allen average between 13-17 PPG so the team has a gang offensive squad, with different players stepping up at different junctures. However, with Sexton and Mobley sidelined for the long term, the team will have to rely on someone to take the ace offensive role.

The Warriors are the hottest team right now and it is scary that they are doing so well without Klay Thompson. Steph Curry is having an MVP type of season while Wiggins and Poole have been phenomenal offensively. How can Cavs withstand such a special team with Mobley and Sexton out for them? The Cavaliers will need to pull something off special here.

Prediction: Warriors will win this game and will also breach the strong defensive net of the Cavaliers.