Cleveland Cavaliers vs Indiana Pacers: Can Sabonis propel the Pacers to a much-needed win? 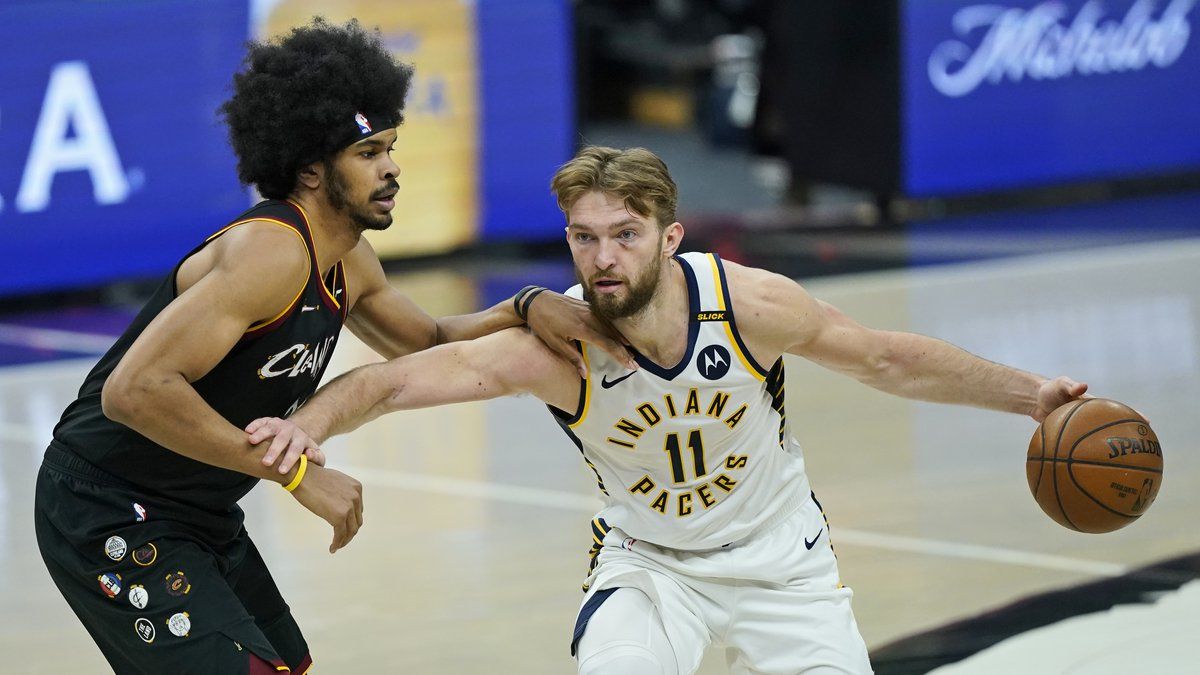 COVID-19 has been a tormenter yet again and as a writer related to the league, it has been a tough task to roll out analysis on a regular basis. This is why many times the predictions can look off but yes, if this is so tough for the writers, I have no idea and will never have an idea how much trouble it is for the athletes. Still, as long as these athletes hit the floor, and as long as I get my chance to express my predictions, analysis, or whatever you want to call it, I will be here. And here we are, discussing the tussle between the Cleveland Cavaliers and Indiana Pacers. Cleveland was on fire before they got hit by the COVID-19 bug and now are without Darius Garland, their leading playmaker and scorer meanwhile their other playmaker Ricky Rubio has been ruled out for a long time now. On the other hand, the Pacers have not done well with or without their regular players. Which short-handed team will go on top here? To know my game and result prediction, hop over to “Expert Betting Tips”.

Cavaliers can still fight: Even with two of their major playmakers out, the Cavaliers can still have enough firepower to put on an offensive show. With Jarrett Allen, Evan Mobley, Kevin Love, and Lauri Markkanen, the Cavaliers arguably have the deepest Forward/Center lineup in the league. On the other hand, Wade is also a decent option on the Forward position and overall, the Cavs can deploy a lot of size, grit, and physicality through the frontline. Overall, Cavaliers are a team that can’t be taken lightly due to their size inside and with an all-out Forward lineup, they can have some rebounding edge. Still, with Garland and Rubio out, the perimeter area can take a hit and Cleveland’s usual rhythm can get disrupted. Will the new signing of Rajon Rondo help the team out on both ends of the floor. The team has lost the last three and that is a concern after the team had won more than five in a row.

Pacers are struggling: The Pacers have also lost three in a row and Caris LeVert has posted the same number of points, i.e. 27 in all of those games. Sabonis has hoarded 14-18 rebounds a game but it is the same old issue for an otherwise deep Pacers team, they lack the ability to close out games. It is one of their major problems because for a team that doesn’t take big leads too much, it is essential to finish games well, which the Pacers have been unable to do all season long. The bench has been an issue but mostly, it is this inability to be consistent on both ends of the floor that has hurt Indiana. Are we going to see a lot of Pacers players getting traded soon? There have been some murmurs after all.

Points Range: The Pacers have scored in the 105-108 range during the last three games, and they have been close to that range for most of the season. Indiana is not a terrible offensvie team by any stretch of imagination and with LeVert, Sabonis, Turner, and Holiday, there are a lot of isolation, cutting, slashing, and off-the-catch shooting options. On the other hand, the Cavaliers gave away 120 or so during the last game but I believe the duo of Mobley and Allen will do a much better job in stemming the opposition’s flow this time around. I think the Pacers defense is brittle enough to allow around 110 or so on a regular basis, and Cavaliers can deploy both shooting and driving to get there. Overall, I think both teams can get between 105-110 with current setup. I think the points range here is 212-222.

Prediction: Match-up wise, Sabonis and Mobley is the most interesting battle in the frontline. Markkanen and Love can both shoot from outside and Love has been able to get around 25 or so on a regular basis these days. On the other hand, LeVert has been the leading scorer for the past few days when it comes to the Pacers. This is one of those games where different actors play their role over the course of the game but one of the players takes over the game late and finishes the business. This can be a game where the team that owns the latter period of the third and early fourth quarter will come away with this one. I think ultimately the Pacers can win this 110:103.