Cleveland Cavaliers vs Memphis Grizzlies: Grizzlies are on fire, Cavaliers can be vulnerable 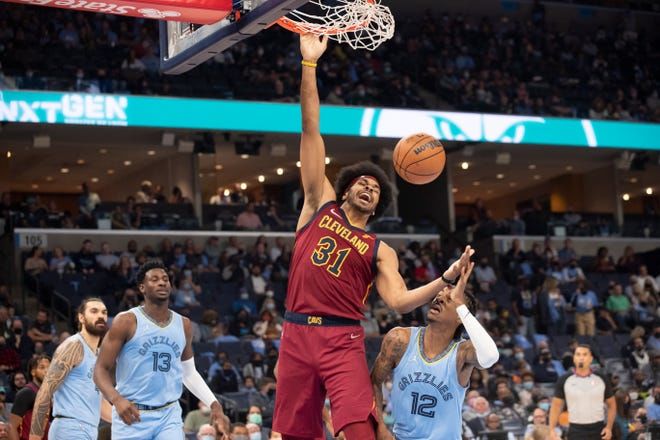 Ah, NBA betting, with its twists and turns, the peaks and valleys, the up-and-down action where fortunes can overturn in a few days. And that is why as the writer associated with the trends of this league, I have seen numerous hurdles on the way, and yes, as the time ticks, learning the trade has been a revelation. A missed basket, a made free-throw, a rebound, an assist, one or two bad possessions, can transform the nature of the bet. Yet, here we are, fighting the tide of this topsy-turvy league. In this piece, I am going to write down my thoughts about the game between the Cleveland Cavaliers and the Memphis Grizzlies. Cleveland won the last against the Pacers snapping a three-game losing streak while the Grizzlies have won five in a row. Can the Grizzlies continue to make hay? For my game result and my total prediction, go to “Expert Betting Tips”.

Cavaliers Forward platoon: I doubt any other team has as much depth at the Power Forward/Center position as the Cavaliers. With Love, Mobley, Markkanen, and Allen along with Stevens, the team presents a lot of length and versatile skill set. First, there is size on the defensive end while Love and Markkanen can stretch the floor from three-point line, Mobley and Allen are terrific finishers at the rim. Overall, these four players at least can seal the rebounding end, make headways inside the paint, and can pose a lot of problems on both ends of the floor. Reserve Brandon Goodwin has performed well in the one guard role. Once Garland will be back, the unit will have better perimeter defense, more playmaking and better scoring along with long-range shooting. In summary, with Love, Mobley, Garland, and Allen the team can have four 15-25 points scorers while Markkanen and Stevens can also be a difference maker on the offensive end.

Grizzlies are on fire: Memphis is for me the hottest team in the league. Why? The Grizzlies have beaten Suns and Nets during the five-game winning streak, both of whom are among the top squads in the league. This is an incredible feat for a team that just had a 50% win record or so around late November. When Ja Morant went down, the Grizzlies won around 70% of their games and now with him back, the quartet of Adams, Jackson, Bane, and Morant have raised their levels on both ends of the floor. The Grizzlies were an elite offensive unit at the beginning of the season but it is their defense that has hit strides. And once Dillon Brooks returns, woah, watch out for Memphis. Overall, the Grizzlies look like they can make a deep Postseason run and they have been adapting well towards different forms of games.

Points Range: Memphis Grizzlies have scored 114 or more in four of the last five games during their winning streak, and they have scored 118 or more thrice. It means that the offense has been clicking for them big-time. The 114 points outing came against the Suns, who are an elite defensvie unit and the Grizzlies are rolling in terms of scoring right now. Offensively, the Cavaliers are getting Garland back and he is most likely to play here, his playmaking and scoring ability certainly helps the matter. I think if he plays here, the Cavaliers can be in the hunt for 110 or so on their home floor but then the Grizzlies are too locked in at the defensive end these days. I believe both teams will at least cross the 105 mark if anything but if Garland returns, wouldn’t that bolster the chances for the Cavaliers to shut down the Grizzlies around 104 or so? I think the total points range here is 212-222.

Prediction: The Grizzlies have won five in a row twice this season. They have been clicking on all levels and with their current setup, they can shut out teams on defense and get quality shooting, driving, playmaking, and isolation scoring on a regular basis. On the other hand, the Cavaliers have been struggling to win a lot without Garland but before he got in the COVID-19 protocols, they had six out of seven games. But with Garland, Love, Mobley, Allen, Markkanen, and co., Cavaliers are a formidable opponent and they have one of the lengthiest lineups in the league. Wow, this is a tough one to predict. I’d give the Grizzlies a 56% chance of winning this considering their winning streak while I give the Cavs a 44% chance largely due to playing at home and potentially getting Garland back. I think the hot Grizzlies will take this 108:104.