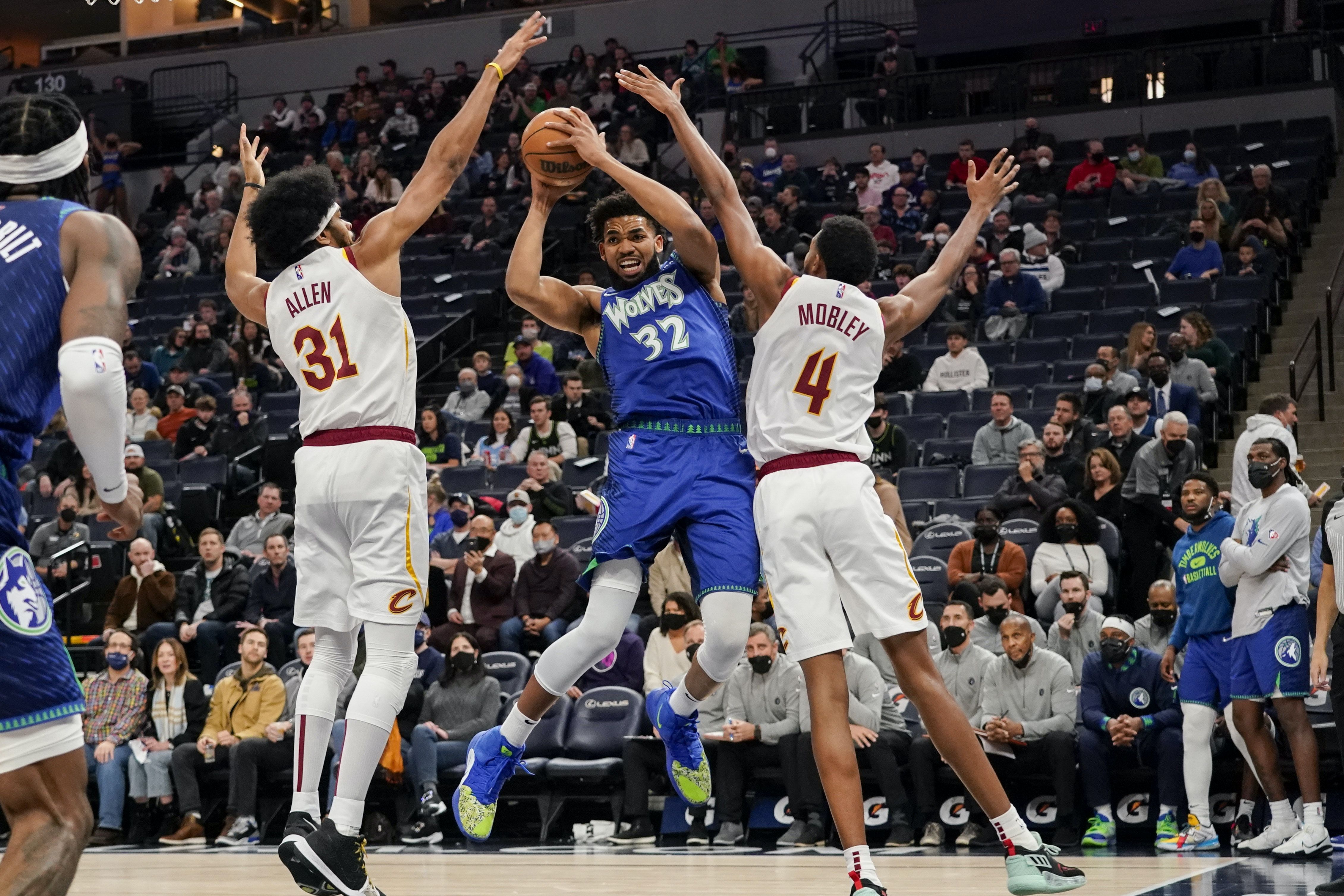 The NBA betting scene is one of the trickiest in the world, the scores usually reach three figures so the total, whether under or over is not that easy. Not only that, different dynamics are at play with different teams, some teams are elite teams, some of them are mid-level teams, and others are just bottom feeders. However, you never know if a bottom feeder can turn the fortunes over and cause an upset against elite squads now and then. Then there are the two Conferences where the West has usually been considered better than the East but the Eastern Conference has usually grown recently. And in an inter-conference battle, the Cleveland Cavaliers and the Minnesota Timberwolves.

Cavaliers have compiled 36 wins and 24 losses but they are in a tough phase because their leading scorer and playmaker Darius Garland has been out for some time. Without him, their offense has surely suffered but the defensive frontline of Evan Mobley and Jarrett Allen has kept the knob tight on the defensive end. On the other hand, the Minnesota Timberwolves have 32 wins and 29 losses, winning three out of their last five games but losing 102:133 against the revamped Sixers roster. They will run into an offensively vulnerable Cavs team here and they do have a strong offense. However, can they overcome the tough defense of the Cavaliers here? To know my game total and result prediction, slide over to “Expert Betting Tips”. For my player-based statistics prediction, go to “Player Performance Prediction”.

Strong defense of the Cavaliers but they need Garland

The Cavaliers are one of the best defensive teams in the league courtesy of their strong two-Center main five consisting of Evan Mobley and Jarrett Allen. Both of them are an amazing individual and help defenders, and that is why the Cavs are a wonderful defensive squad. However, with Garland out, their one-guard position has been compromised whereas Caris LeVert’s absence has also left a huge hole in terms of shot-creating options. A lot will depend upon Cedi Osman, Lauri Markkanen, Kevin, and the two Centers as the Cavaliers tackle the lack of players. With Okoro, Markkanen, Mobley, and Allen, the defense is on point but the team’s offense has been ice cold during most of the games recently. How will they respond against the tough offense of Timberwolves?

The Timberwolves have done a wonderful job of taking care of business against teams that have a winning record of below 50% or are struggling big-time. However, the Timberwolves have been struggling to compile wins against elite teams. Despite that, they have a strong offense with D’Angelo Russell’s lefty jumpers, Karl Anthony-Towns complete offensive game, and Anthony Edwards’ incredible inside finishes and much improved offensive game. Jarred Vanderbilt and Jalen McDaniels have done well in terms of providing offense while Malik Beasley and Patrick Beverley have also provided decent scoring. The Timberwolves defense has struggled a bit so let us see if they improve in that sphere anytime soon.

Points Range: These teams are north and south when it comes to offensive production these days. The Wolves constantly score over 120 and can even stretch it to 130s if their offense is clicking. On the other hand, with Garland out, getting to 110 will become tougher for the Cavs. With LeVert also out, the team is running short of options. On the defensive end, the Cavaliers have been way better than the Timberwolves, however, their lack of offense can hurt them here. I believe the Timberwolves will score at least 106 while the Cavaliers will score at least 104. I see the total points range here is 210-220.

Prediction: The battle in the middle versus Jarrett Allen and Karl Anthony-Towns is surely a highlight. The Timberwolves have an advantage at the guard position with multiple options at their disposal while also having an ample amount of playmakers and shot creators compared to the Cavaliers. Lauri Markannen has shot well from beyond the arc but with a lack of playmaker, generating offense in the middle can be tough. I believe the Timberwolves will get a win here but in a grueling fashion, coming on top with a scoreline of 109:105.