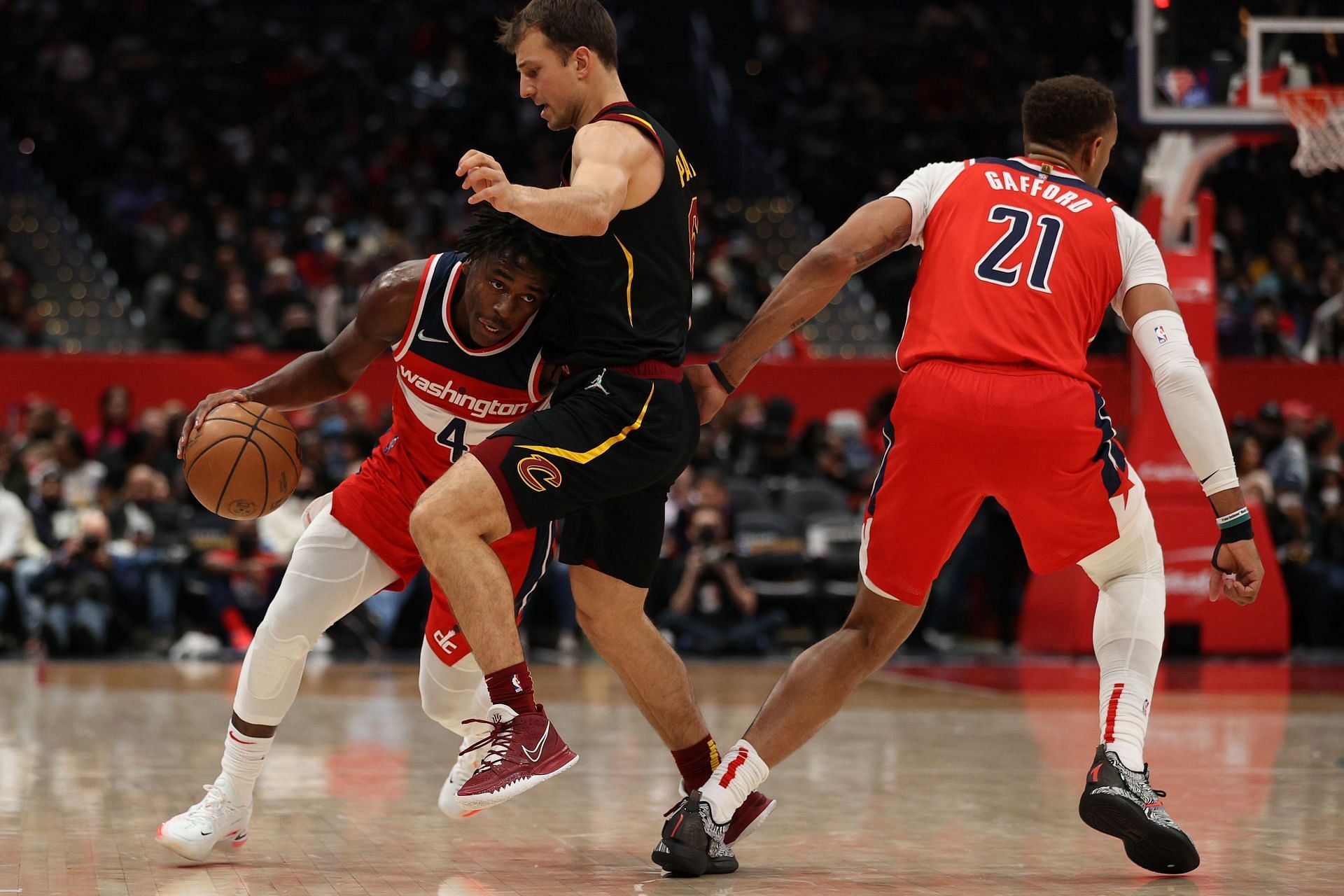 NBA is heading towards the Postseason window and well, we can see some teams vying for either the top-six Spots in the Conference or the last few remaining Play-in spots. This makes up for an interesting window as there are various contenders for either form of tussle and it will not be a surprise if see a strong of upsets as the desperate teams bring out their best game to close out the season. And as the season keeps on ticking, we are bound to see an interesting finish to it. To make matters interesting, Eastern Conference squads Cleveland Cavaliers and Washington Wizards fight it out.

Cavaliers are going through one of their most difficult phases right now. After being a terrific squad till January, injuries have shown their fans recently and with Darius Garland out, they have suffered a lot. They are on a three-game losing streak and with Rondo out too, their Point Guard position and the guard position overall has been compromised. On the other hand, the Wizards have been playing without Beal for most of the month and they come into this game after a heartbreaking double Overtime loss to the Spurs. They have not won two games in a row since the second week of January. Can they take advantage of a depleted Cavs or will the Cavs bigs take advantage of an exhausted Wizards? To know my game total and result prediction, jump to “Expert Betting Tips”. For my player-based statistics prediction, go to “Player Performance Prediction”.

Cavaliers are falling behind Heat, Bulls, Sixers, and Celtics

The Cavaliers have hit a cold streak at the worst time possible. Although their record of 35 wins and 24 losses is already a 20% improvement compared to last season, they have lost three in a row and with Garland out, their Point Guard position has been cut short. The system of Cavs is basically revolving around their bigs Evan Mobley, Jarrett Allen, Lauri Marakkanen, and Love but it is Garland who makes this lengthy lineup works with his pinpoint passing. With Rondo also out, either Osman or Goodwin will have to pick up the ball-handling duties in this game. One other way of eking out a win here can playing the usual hard-nosed defense and dipping in some points here and there.

Wizards are not exactly the most threatening teams

Somehow, the Wizards become a worse team with each month and since the third week of January, they have lost 11 out of 15 games, which surely doesn’t paint an encouraging picture. Somehow, due to a strong 10 wins and 3 losses start, the Wizards have remained in contention for the last Play-in tournament spot but their chances will dwindle if they don’t go on a winning streak soon. Kyle Kuzma has been a great presence as the scorer and rebounder but more is needed of Neto, Kispert, Hachimura, and Byrant. Both the Center and one-guard positions have displayed constant vulnerabilities after all. With Beal out for the season, there has to be someone at the guard position who will have to lift the game and ensure a smooth flow.

Points Range: The Cavaliers are severely depleted and their offense can be off in this game as has been the case with them consistently this season without Garland. On the other hand, the Wizards will run into an elite defense of the Cavaliers and considering how dependent they are on their frontline, tackling a Mobley-Allen duo will not be easy. Thus, both teams can lack the offensive grip during some periods. I believe the total points range is 200-210(more so in the early 200s).

Prediction: While the Cavaliers are without Garland, Rondo, and LeVert, which certainly weakens them significantly, I believe they will come up with a strong effort inside in this game. I think Mobley-Allen duo will pack the paint, grab boards while Markkanen, Osman, and Love will hit their marks. That is why I believe the Cavaliers will prevail in a grindout fashion, winning 104:99.