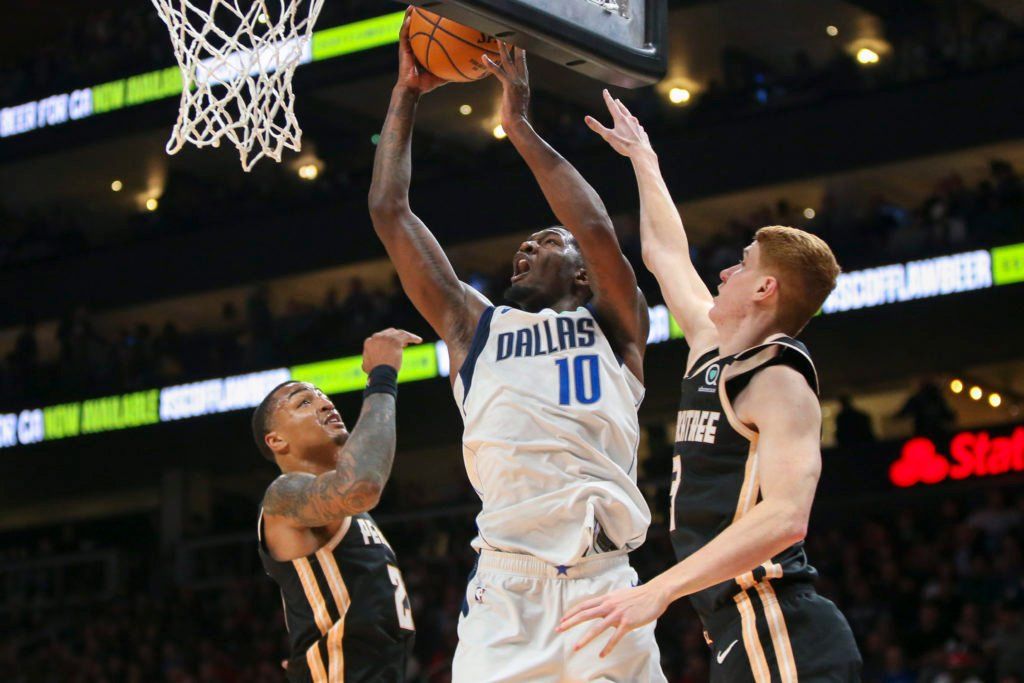 As the trade deadline nears, the interest in the exploration of the market has increased each day. The trade deadline is the type of storm that comes with a tense buildup. Rumors circulate, combinations are pondered over, names are thrown around, and in the end, we learn who moved where. The process is tenuous for the players even if they seek a change of scenery. If you are a regular rotation player or someone who has been with the team for even six months, you build bonds, no matter how fragile they may be, and then all of a sudden, it all changes. The players don’t have as much control as we think and being an NBA athlete has humongous challenges. Anyway, more about that later, first let us talk about the game between the Dallas Mavericks and the Atlanta Hawks.

The Mavericks have seven more wins than losses, right now with a 30-23 record and improving each month at an impressive rate. They beat a tough 76ers in the last game and well, the Doncic-led squad has made winning a habit since January. The team is in the midst of a long six-game home stretch with games against the Hawks, the Pistons, and back-to-back against the Clippers without playing two games in two nights. The Mavericks are missing two of their key players in Center Kristaps Porzingis and off-guard Tim Hardaway which has disturbed the team balance.

The Hawks have 27 losses and 25 wins and have had a losing record for a long time now. However, they have done well since the third week of January and have won eight out of the last ten games. However, the team played nine of the last eleven games at home and will face a Mavericks team that has been on fire. Still, after this game, the team will play a couple of beatable teams and that too at home. Overall, the Hawks have the chance to turn around their season, and especially after a successful window lately, their confidence must be in higher spirits. But before that, can they take care of business away from home against a rising Mavericks team? For my game total and result prediction, go to “Expert Betting Tips”. To know my player-based prediction, jump to “Player Performance Prediction”.

Mavericks are clicking since January

The last win against the Mavericks was a big one for many reasons. Why so? The team lost two games against with poor records and needed a confidence boost after a gruesome injury to Tim Hardaway Jr. The win against the 76ers was special too because the team had to come from behind and erase a big deficit. On a bigger scale, the Mavericks have won 14 of the last 19 games, implying they have won 70%+ of the games since January. This is indeed spectacular and indicates that the team is on the rise. And if you ask me, the Mavericks needn’t change the main core as of now, and if they can find some bench player who can score that is fine. However, I’d stick with the same team.

Why? The team has a rare quality of being defensive-minded. With Dorian-Finney Smith, Maxi Kleber(Questionable here), and Dwight Powell, the team has an athletic and defensive-minded frontcourt. Reggie Bullock brings impressive defense off the bench while Brunson and Doncic have also fought well on the defensive side. Coming to Doncic, he has hit a sweet patch in terms of drilling points. Brunson is a great ball-handler in the backcourt and his floating mid-rangers keep the offense ticking. Meanwhile, Reggie Bullock has raised his scoring range to help address the lack of Tim Hardaway Jr. The Mavericks have a solid core as of now and they can make a deep Postseason run if Porzingis adds up in the current equation and remains healthy.

Hawks can turn it around, will they make some trades?

Hawks have played a great brand of basketball since the post-mid-January window and have hit the midseason form, which is a great sign for a team that was once below the 40% win record. This is a squad that turned their season around the middle of the season last time around too and well, they seem to be one of the teams that hit the prime form around the midseason window. They snapped an eleven-game winning streak of the league’s best team in the Suns and that surely is a prime indicator that things have changed. However, with the rise of different squads in the East, their road looks tougher than last season.

The team is highly dependent upon Trae Young and he is of course one of the best Point Guards in the league. The Hawks’ offense takes a lot of fuel from Young and he is having another superb season both as the main scorer and the playmaker of the team. The defense has shown improvements too and of course, having a frontline player like John Collins and a Center like Capela helps even if Clint Capela’s game has been down a bit this season. Kevin Huerter, Bogdan Bogdanovic, and Danilo Galliari have shot well during multiple games and that has also helped the case of the team that is one of the best offensive teams in the league. However, will the team make some trades and bring some two-way players into the fold to cope with the demands of the surging Eastern Conference?

Assuming they are healthy, these are the Player-Performance Predictions:

Points Range: The Hawks have continuously scored 114 or more on a regular basis and they are one of the top teams in terms of offensive efficiency. Their major guard Trae Young has been in prime touch and the team has ridden the hot hand. On the other hand, the Mavericks have usually scored around 108 and with the team balance disturbed, such range has to be expected.

On the defensive end, the Mavericks have usually limited teams around the 98-107 points range continuously this season and at their home floor, they have also limited a bunch of teams below 100. On the other hand, the Hawks have had their struggles defensively, and most give up 110 or more. I feel the Mavericks will score around 110 here against a struggling defense while the Hawks will have trouble going past 110 too. I see the total points range as 210-220.