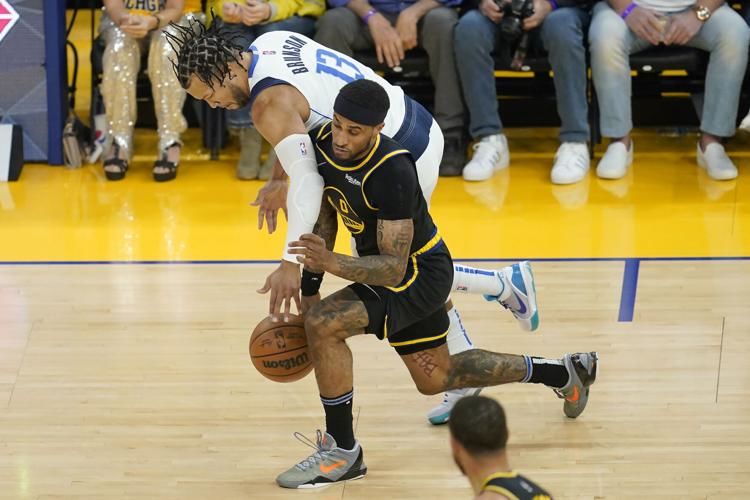 The peaks and valleys that different teams hit throughout the season make NBA betting a troublesome affair. I suggested taking a 60% win in Nuggets over the below 33% win team in the Thunder and guess what, the Nuggets lost badly! This is what the NBA is all about, you never know which team can turn up the heat during which night and what team is ice cold, it is just the nature of the league where each team plays 82 games in the Regular Season. Talking about ice-cold spells, as the Golden State Warriors have surely hit one and as they face the Dallas Mavericks, they will have their hands full again.

Dallas Mavericks have played an inspired version of basketball since January. Overall, they have captured 37 wins and 25 losses, solidifying their claim for the fifth spot in the West while also getting close to the fourth-placed Utah Jazz. They have won eight out of their last ten games and looked in solid form on both ends of the floor. On the other hand, the Golden State Warriors have the second-best record in the league at the time of writing. They have garnered 43 wins and 19 losses, but their recent stretch has been rather painful especially with Klay Thompson being out. They have lost four out of their last five games and look rather out-of-sync away from home. The Curry-led team has lost the earlier defensive grip and at this point, they do need their defensive anchor Draymond Green back in the fold. Can the Warriors get some semblance back and notch a win against the tough Mavericks? To know my game total and result prediction, jump to “Expert Betting Tips”. For my player-props prediction, slide over to “Player Performance Prediction”.

Mavericks had learned a lot of lessons in December when they were missing Luka Doncic. The rest of the unit learned how to fight it out in close games and built a great defensive mindset. This defense-centric mindset has certainly carried on to the 2022 window where the Mavericks have opened up the floodgates for something special. They have won more than 70% of their games since the beginning of the year and with each month, they have climbed the Rankings even if the competition in the West remains intense for the most part. Much of this growth can be attributed to the defense and also the improved offense of Luka over each month.

The bench has been bolstered to another level with the inclusion of Spencer Dinwiddie. The Porzingis trade has certainly worked in favour of the Mavs as Dinwiddie has been stellar. The team has three top-notch playmaking guards in Doncic, Dinwiddie, and Brunson, all bringing different flavors to the floor. Apart from that, the Forward combination of Reggie Bullock, Dorian Finney-Smith, and Maxi Kleber has shown its worth time and time again whereas Dwight Powell has been a solid presence. Davis Bertans can act as a stretch-four and Dallas has made a lot of noise.

Warriors’ combinations have been strange

While it is true that the comeback of Thompson helped propel a nine-game winning streak but I have disagreed with Steve Kerr’s principles regarding Jordan Poole. Poole was thriving in starting role and while he may not be an effective shooter as Klay, he has been relegated to the bench role even when Thompson has been out, as Kerr has preferred a more defensive-minded guard in Gary Payton II. Don’t get me wrong, Gary is one of my favorite players but Poole’s impact has reduced in the bench role. For me, a starting lineup of Poole, Curry, Thompson, Wiggins, and Looney can be used.

The Warriors have been playing poorly these days, having lost six out of their last eight games. Even coach Kerr sounded off during the last loss against the Wolves and the Warriors, the team which had the best defense in the league till mid-January or so has surely fallen off the defensive radar ever since Draymond Green has been injured. The value of Green can’t be more clear on that end of the floor as multiple offensive aces have destroyed the team. Klay may be back for this game and he is needed at this point for most games.

Assuming their availability, these are my player-based predictions:

Points Range: The Warriors’ defense has been worse than the Mavericks these days and late in the game, they have lost the plot on that end time and time again. The Mavericks offense may not be among the elite ones but they can still figure in the 107-113 points range regularly. The Warriors can be in the above range too more often than not but their defense has allowed 110+ or so lately quite often after they had not conceded 110 for most parts. I see both offenses clicking here and a total points range of 220-230.

Prediction: It is true that I suggested the Warriors in the last game and it failed miserably. Surely, they have not been a safe bet these days and they have been vulnerable for the most part, especially on the defensive end of the floor. I see them still coming up with a strong game here, especially with their hero Klay back in the mix. I feel they will win this game 115:107.