Dallas Mavericks vs LA Clippers: Clippers need a win desperately but Mavericks have found the groove 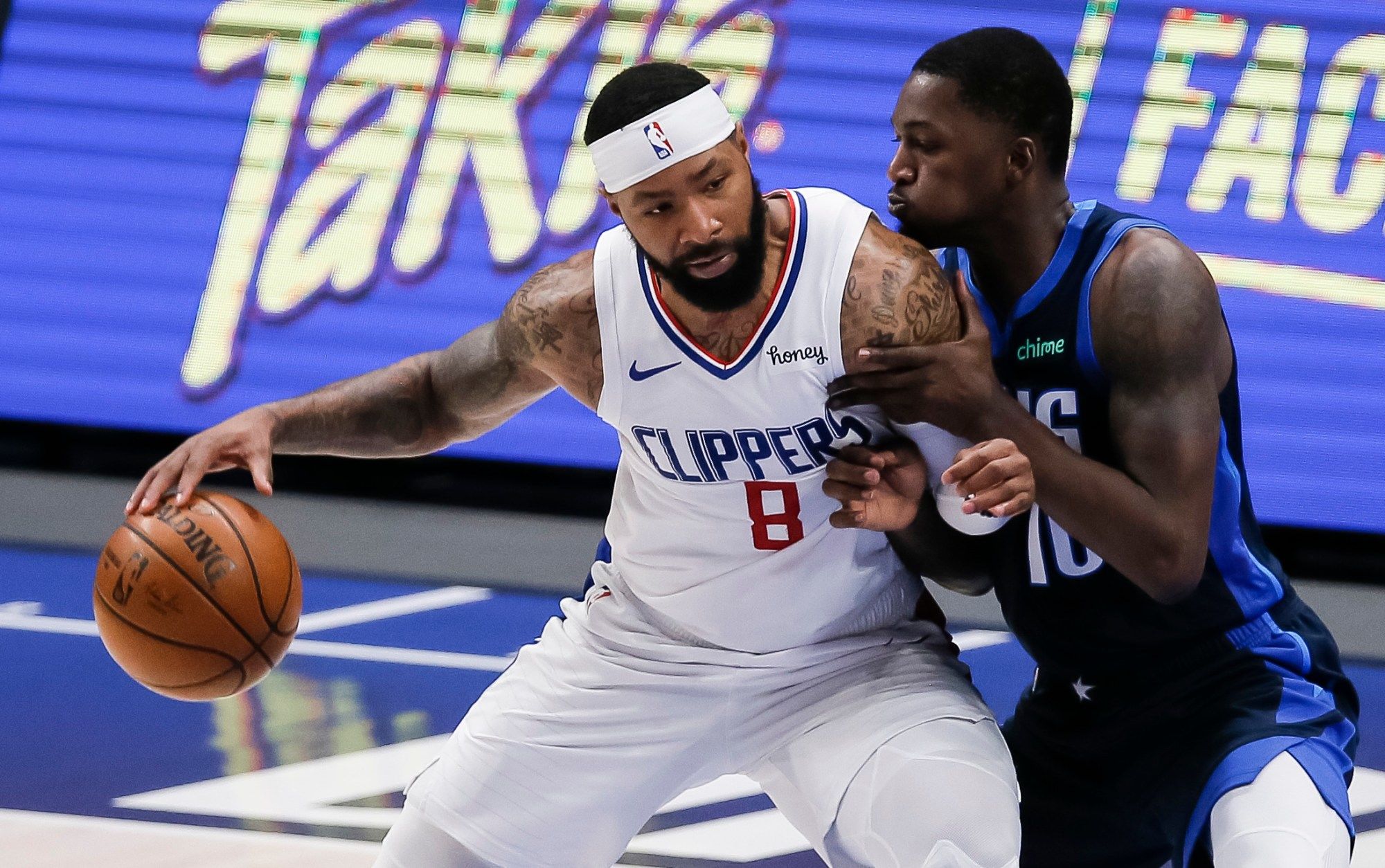 The trade deadline is just a few hours ago and by the time you read this, the complexion of the league would have shifted at an alarming rate. Tomorrow when I will write, I know it will be difficult to keep a tab of how many moves have been made. The deadline is the busiest period for players, managements, insiders, writers, and readers of the league. The phone keeps buzzing with notifications and you know some big news is going to be dropped. This anticipation can make one preoccupied with the league even more as the dynamics shift. Let us jump into the game between the Dallas Mavericks and the Los Angeles Clippers.

The Mavericks have found their rhythm after a slow start till December but right now, they have won 32 games and have compiled 23 losses. They have won three in a row and they have patched up wins in five of the last seven games and will play the next two games at home, both matches against the Clippers. Dallas has been in their winningest period since January and their defensive discipline has indeed been impressive. Will the Mavs make some moves or run with the current core?

Clippers pulled off a big move when they brought in Norman Powell and Robert Covington in exchange for Eric Bledsoe, Keon Johnson, Justice Winslow, and second-round picks. However, the team had lost the last two matches since the trade and as happens during many instances, the new combination may take some time to gel. Still, getting Powell will surely boost the scoring of the team but yes, the adjustment may take some time. Playing against top squads in Bucks and Grizzlies doesn’t help when you piece together a different lineup in the middle of the season! Can they snap the two-game losing streak and notch a win with Powell in the fray against a feisty Dallas team? For my game total and result prediction, go to “Expert Betting Tips”. For my player-based predictions, jump to “Player Performance Prediction”.

Mavericks have made defense their agenda this season and they have shut down teams after teams throughout the season. They are top-five in defensive efficiency rating and their ability to shut down multiple positions make them an effective unit night in and night out. The Mavericks set this template early in the season and Jason Kidd has surely set defense as his central theme this season. This has been possible due to a strong frontline on defense with Dorian Finney Smith(One of the hardest working defenders), rugged Maxi Kleber, and athletic Dwight Powell, meanwhile Reggie Bullock’s off the bench props has also helped out the Mavericks.

However, any mention of Mavericks is incomplete without Luka Doncic, who has been in his hottest shooting spell and it is his abilities to close out games and keep the offensive truck rolling that makes Mavericks a winning unit. Not only that, but he can also rebound the ball and act as a floor general, which makes him a complete player. Jalen Brunson as the second major playmaker has been also hitting sweet spots on offense and he complements Doncic well. Apart from that, Reggie Bullock has raised his scoring, and Kleber, Powell, and Finney-Smith also supplying offense in patches. The Mavericks are hurt with Hardaway Jr. and Porzingis out, but they have found ways to be effective.

Clippers have to make adjustments

The Clippers have to make adjustments after the Powell trade. Their rotations have been all over the place and while both Powell and Covington bring two-way chops, but a lot of adjustments are still needed. A lineup of Jackson-Powell-Morris-Batum-Zubac can fetch a lot of value and let me explain why. Jackson can be the major playmaker and scorer, Powell can slate in as a fastbreak threat while also showcasing both his off-the-catch game and inside finishes. Morris Sr. can be a superb isolation scorer who can eke out some half-court scoring, but yes, he needs more consistency.

Batum has been off his offensive game but his defense is crucial to the current lineup. Zubac is a decent Center who can score inside and also grab rebounds but yes, more is needed out of him. The bench of Coffey, Kennard, Mann, Covington, Hartenstein, and Boston Jr. surely provides depth at multiple positions. The current lineup has a lot of potential on both ends but yes, these players have no experience of playing alongside Powell and Covington, which is the major reason for two losses. I don’t think it is time to panic yet for the Clippers fans.

Points Range: The Mavericks have constantly scored over 110 points a game these days and their offense has improved since January. But overall, the points range has been 103-108 throughout the season. On the other hand, the Clippers have scored 109 or more two games in a row. And they are in for much more I believe. Defensively, the Mavericks have limited oppositions to below 100 in the last three games, and that includes Atlanta Hawks who are a high-scoring team. Meanwhile, the Clippers' defense has been terrible for the past two games and they have allowed 130 or more. I believe the Mavericks will score at least 111 here while the Clippers will score at least 104 here. I think the total points range is 210-220 here.

Prediction: Norman Powell must be raring to get his first win with the new squad but the team has had a harsh schedule, playing two of the best squads in the league and well, now they will have to play two straight against a tough Mavericks, that too, away from home. How will the team respond to the Mavericks’ pressure defense I think they will do a decent job of making adjustments. Still, I see the Mavericks taking this game 112:106.