Dallas Mavericks vs Los Angeles Clippers: Another confident win for the Texans 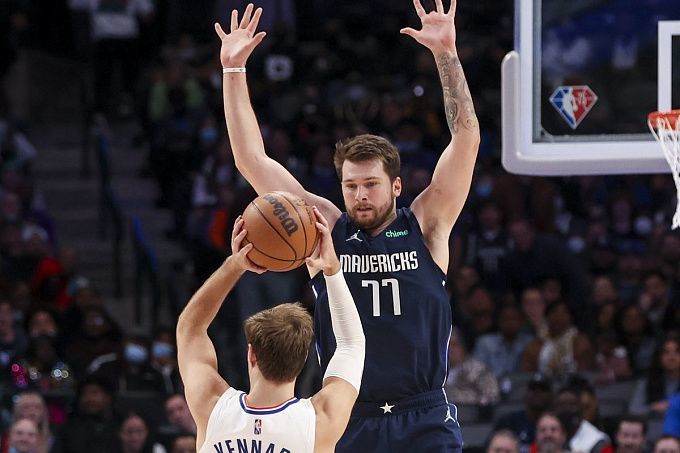 The Mavericks beat the Clippers at home just 2 days ago, and bookmakers expect the home team to continue the successful streak in the upcoming meeting. Will Dallas be able to get their 5th win in a row?

The Mavericks did decide to make a change and traded Kristaps Porzingis, who hasn't played lately due to injury. It's quite possible that the Latvian big man's knee problems are serious enough that the club opted for someone who will be out on the floor more regularly. Right now it's necessary to distribute playing minutes among three defenders - Spencer Dinwiddie, Luka Doncic and Jalen Brunson. It's quite possible that Doncic will occasionally shift to the light forward position, and it's interesting to watch the new combinations anyway. Davis Bertans has failed so far this season, hitting just 31.9 percent of his three-pointers. It's entirely possible that he'll get more open shots with the new team and tighten up his stats, though it's unlikely Bertans will be trusted with many playing minutes after extending Dorian Finney-Smith. Tim Hardaway Jr. is still in the infirmary and Marquese Chriss will not play, but Sterling Brown is back.

Jason Kidd's team has won 4 straight matches and they are still in 5th place in the Western Conference. Dallas took turns defeating Philadelphia, Atlanta, Detroit and the Los Angeles Clippers, and the meeting with the Californians ended 112-105. Luka Doncic had one of the best games of his career, scoring 51 points, a key factor in the Mavericks' success.

The Clippers will likely try to claw their way into a play-in spot, judging by the club's recent trades. While Paul George is in the infirmary, not to mention Kawhi Leonard, one of the key options on offense should be Norman Powell, who was traded from Portland. Robert Covington is getting less and less playing time, although Serge Ibaka left the day before. Los Angeles is now in 8th place in the Western Conference, with a five win lead over 10th place.

The Clippers played well on offense in their last regular season game, but still lost. Norman Powell missed a lot from the field, but he caused quite a few fouls and ended up with 19 points. Tyronn Lue's squad shot 23 three-pointers and made 9 of them. Still, it was not enough with the opponent on fire.

Each team had five wins in their last five face-offs. Before their recent head-to-head encounter, Los Angeles played twice at home, winning first by 6 points and then losing in overtime, 104-112. Dallas was without Reggie Bullock the night before last but Porzingis did play. Los Angeles had to do without Batum, but Paul George stepped up.

Dallas should improve with the addition of new players, with the team hitting well from behind the arc lately. Jason Kidd's team shot 33.3% from beyond the arc in the recent game against the Clippers, so there is room for improvement. Los Angeles has no reception against Doncic, and the Slovenian's record of 51 points just proves it. The teams' meetings turn out to be quite tight, but this time, we probably should expect a convincing win for the Mavericks. Here are the betting options for you to consider: