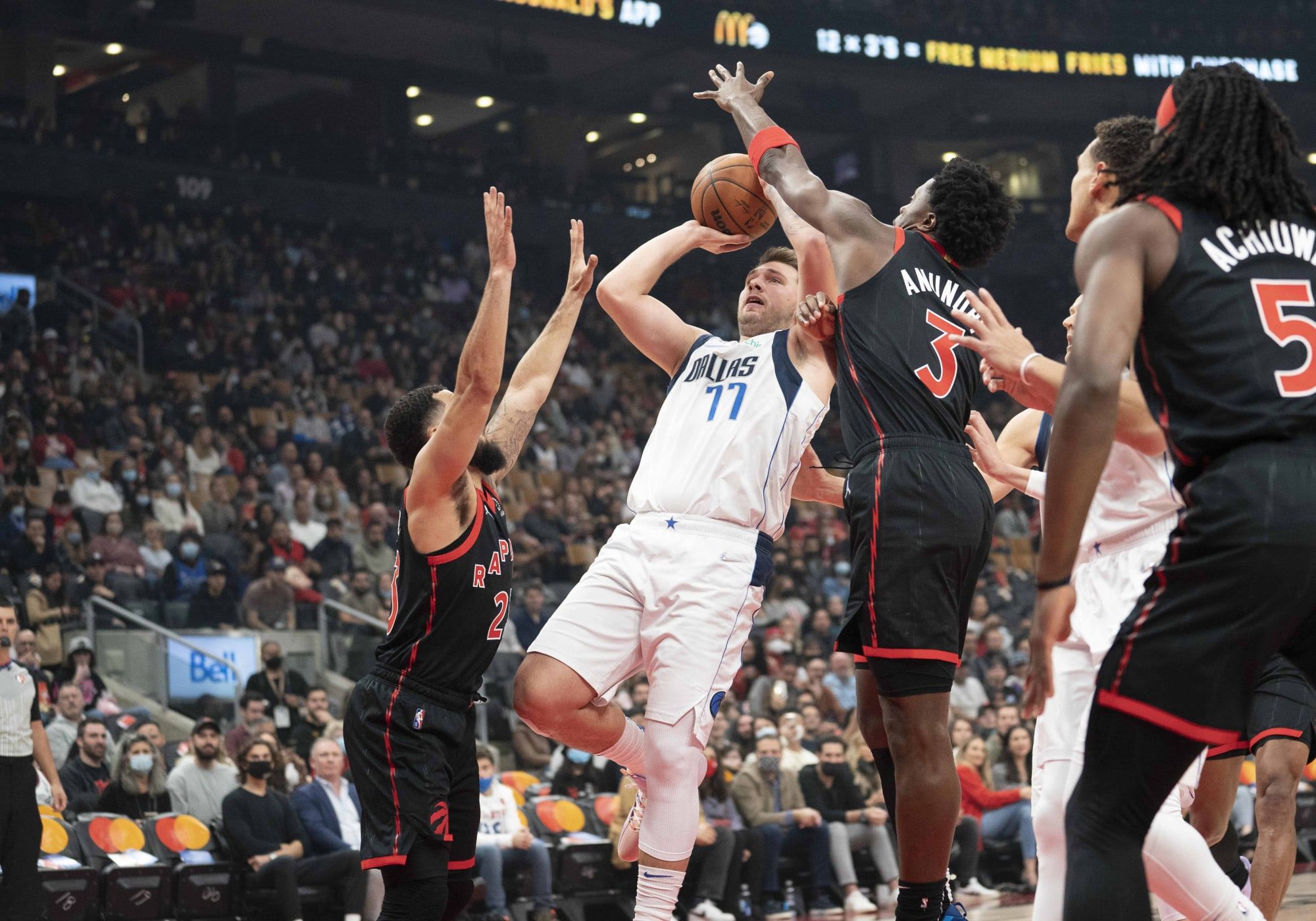 The NBA season keeps on ticking despite the perpetual COVID-19 threat and to their credit, staffers, athletes, and most workers involved in the trade of the NBA have made sure that the fans are entertained, bookmakers have odds to release, and the writers have the material to produce. And as we approach the trade deadline, we are in for numerous lineup shuffles. Well, keeping this context in mind, the Dallas Mavericks will meet the Toronto Raptors. The Mavericks have 25 wins and 19 losses, but recently, they have been playing a high-tier basketball, lodging nine wins in the last ten games, beating teams like Warriors, Bulls, and the league’s most red-hot outfit since December in the Grizzlies. On the other hand, the Raptors have stayed competitive and are grinding it out, but have lost three of the last four games after they had gone on a six-game winning streak. It is clear that playing at home and on a better roll, the Mavericks can take advantage of the Raptors but many Toronto losses have been close and they have a lot of game in them. Can the Mavericks continue their winning momentum against a feisty Raptors outfit? For my game result and total prediction, jump to “Expert Betting Tips”.

Mavericks play hard on defense, has stepped up on offense too

One thing that I like about the current Dallas team is their unwavering commitment to play defense. Dallas forces shots deep in the shot-clock, gives a physical beating, and doesn’t allow many points in tandem, a theme they have followed since early in the season and have solidified it lately. It developed this much when Doncic went down and Dallas compensated that with some high-quality defense, losing five and winning five, not letitng any team blow them out and keep it highly close till the end and now with Doncic back, a high-quality closer and all-around player, they have reaped the fruits of that effort.

The current Dallas setup is largely successful due to their defensive commitment and with two playmakers in Luka Doncic and Jalen Brunson, with Luka also being a high quality scorer and Brunson more than doing his bit, Porzingis at big Forward clicking on from offensive end, Dorian Finney-Smith scoring 10-13 consistently, Powell coming up with a decent scoring night every now then, and a bench scorer in Tim Hardaway Jr., Mavericks have had some quality offense too. Also, the team may lack considerable bench strength but the defense-heavy approach covers up for that as a wing like Reggie Bullock can help out on multiple defensive possessions.

I have been arguing this and so have many writers that the Raptors’ major issues stem from a lack of bench depth, an aspect that has kept them behind on multiple levels. The big Forward-Center bench strength is formidable but with Gary Trent Jr. injured, there is practically one guard taking care of the business. See, even when Trent isn’t scoring much, he can take the load off Fred Van Vleet who was having 30+ scoring nights more often with Gary in the rotation.

Now major scorers Anunoby, Siakam, Van Vleet, and Barnes have to play 35+ minutes night in and night out and if there was some guard or forward depth, the situation could have been better for Toronto. That is why the team needs Gary Trent back to achieve more distribution and balance. It is true that Siakam, Van Vleet, and Anunoby are quality scorers, and Toronto's outfit has played some incredible grind-out defense but yes, the legs are indeed running short on steam these days. Can Toronto make some trades or acquire someone from the free agency to bolster the bench? They must realize that part.

Points Range: Interestingly, these two squads play such a style that usually 220+ points games are out of sight and well, it will be interesting how things will play out when two energy-sucking and top-class defenses meet here. While I’d rate Dallas slightly higher on defense and their ability to hold teams under 100 has been special, I don’t think Toronto with their hopping bigs and hustle-styled guards are behind either. I see a grind-out game if we consider the recent trends. The type of game where the pace is slow and scoring is not that easy. Both Mavericks and Raptors have held teams to 104 or below recently quite a lot of times and it will not be surprising if that happens here. I see both teams hovering around or below 100 here. For me the total points range here is 200-210, with the arrow pointing more towards the 200 mark.

Prediction: Ah, I think this is not an easy one to predict despite the Raptors playing a lot worse than the Mavericks for the last few days. Why? Well, Raptors keep the opponents interested till late in the game and if it weren’t for the starters losing their energy late in the game and finding the short end of the rim, they would have gathered more wins. I have a belief that the Raptors will keep this one interesting till the end too and despite the Mavericks having the obvious advantage on both ends recently, this can be a grind-out battle. I believe the Raptors will come out strong and take a 104:101 win. This is a bold call against the odds but if anything, I see a low-scorer here.