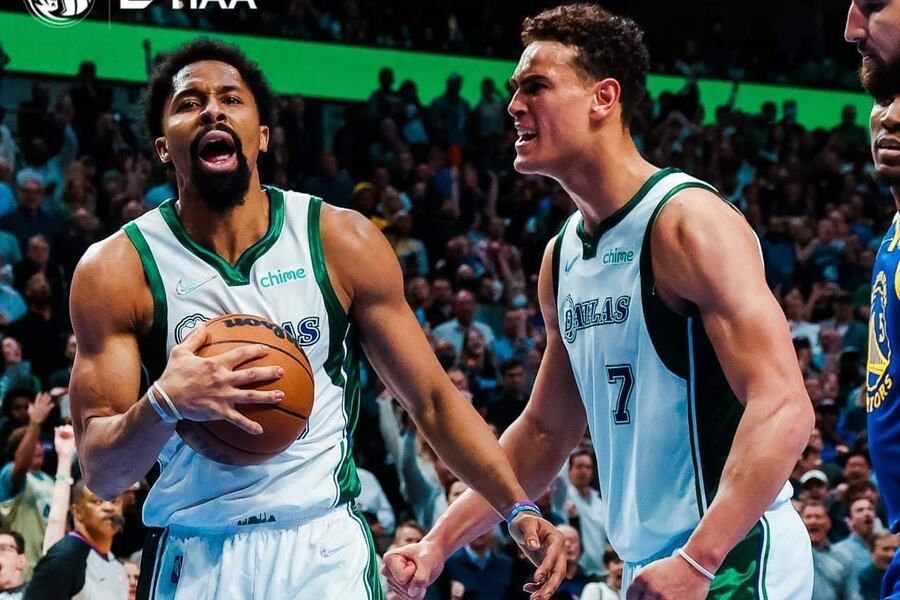 NBA is progressing towards the Playoffs and each battle for the Playoff-bound team only has more meaning with each day. Not if you are the Phoenix Suns, a team that has already swatted the competition aside and has gotten an unassailable record. With the Regular Season folding in less than a couple of weeks, this is a desperate time for teams that are looking to solidify their record and a ton of combinations will be at play here in this game too. In this match-up, two Western Conference teams with similar records in Utah Jazz and the Dallas Mavericks will meet up.

The Mavericks and the Jazz have a similar record with 45 wins and 29 losses. The Jazz has been on a three-game losing streak and their offensive balance has been hurt ever since the squad has been missing Bojan Bogdanovic, who is a vital three-point shooter and since his departure, the team’s scoring has gone down significantly. On the other hand, the Mavericks continued to struggle away from the road and lost by around 20 points against the Mavs in the last game. However, at home, the Dallas Mavericks have done much better and both their offense and defense have been at best here.

The classic match-up here is between Donovan Mitchell and Luka Doncic. Both players are the leading scorers for their teams and are the designated isolation threats. Doncic is a better all-around player but Mitchell can heat up quickly too. Off-the-bench both teams import two terrific isolation scorers as the Jazz’s Jordan Clarkson despite a little inefficient production has the capability of scoring in bunches. On the other hand, Spencer Dinwiddie’s form has been key during the Mavericks' wins. The other guard match-up between Mike Conley and Jalen Brunson(two lefty players) is a crucial one and Brunson has been slightly better than Conley on the scoring end but Conley has supplied consistent playmaking.

With Bogdanovic gone for the Jazz, Mavericks’ Bullock will need to bounce back from a poor 1/11 shooting night and his high production earlier resulted in a bunch of wins. Defensively too, the frontline of Dorian Finney-Smith, Bullock, Powell, and Maxi Kleber has been tight while for the Jazz, O’Neale and Gobert have been doing well too on the defense. The battle between Powell and Gobert is also huge, where Gobert is a better rebounder and shot-blocker but Powell has refused to be thoroughly outplayed and shares the minutes in the middle with much more rugged Maxi Kleber.

One area where the Mavericks have been terrific on the home floor has been closing out games even if they are down earlier in the game. With Luka Doncic as a closer and the team’s ability to shut down the opponent’s offense late in the game. Jazz has not shot well these days and has coughed up an advantage time and time again, due to which they have let the advantage on the fourth spot. The Jazz did beat the Mavericks during their last encounter but let us see how the Mavericks respond considering the Jazz is struggling without Bojan.

Points Range: As I have stated before, the Jazz’s offense has taken a bit of holiday in the absence of Bojan Bogdanovic. They have been struggling to reach 110 these days after scoring in the 110+ points range regularly during much of the season. Defensively, the Mavericks are tight at home and usually limit the oppositions to below 110 during most of the games. Offensively, Brunson, Doncic, and Dinwiddie can combine for 70 points here(in my opinion) and I do see the Doncic-led team coming up strong here. The Jazz’s defense has been doing well compared to earlier in the season but the road trip can take a toll on them. I believe the total points range here is 220-230, leaning more towards the late 210s and perhaps reaching early to mid 220s.

Prediction: At home, the Mavericks have been consistent while the Jazz is struggling away from in the wake of Bojan’s injury. I see Donovan and Doncic both heating up in this game but ultimately, I think Doncic will outscore him. The battle in the middle between Powell and Gobert is crucial as well and I do think Gobert will have a huge rebounding and defensive game but will be unable to curtail the perimeter shooting of the Mavericks. I see the Mavericks winning 115:108 here.