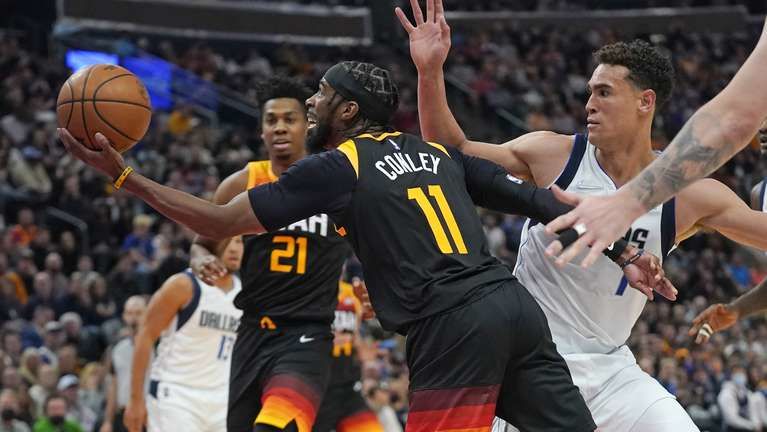 The NBA betting scene is highly tricky and like various teams, I have been on my losing streaks and winning streaks as someone who gives prediction suggestions. Why is it so tricky? I have many handicaps and total battles decided by a point and at times, a missed free throw, a made basket can change the complexion of the prediction, it means that the margins are slim and the room to fail is little in a league where most teams touch the 100+ margin on most nights. I know bettors have their money at stake but it is difficult to overcome the little margins. Keeping that in mind, let us jump into this game between the Dallas Mavericks and Utah Jazz.

The Mavericks have done a great job since the beginning of the year and have shot up to the fifth ranking in the West. They have garnered 39 wins and 25 losses, currently on a four-game winning streak and with their rising stock, they have put most of the squads on notice especially with Luka Doncic at the helm. On the other hand, the Utah Jazz has also restored the rhythm and despite a harrowing 30-point loss to the Pelicans, they are primed to finish in the top-six standings. The Jazz has compiled 40 wins and just 23 losses, winning four out of the last five games. The team has a lot of experience and the chemistry between most of the players has been huge with the amount of games that the current core has played together. However, a deep postseason run is going to be the barometer for the team this season so the pressure to go deep in the Playoffs is huge. Can they unsettle the Mavericks squad in an important game? To know my game total and result prediction, glide to “Expert Betting Tips”. For my player-based props prediction, jump to “Player Props Prediction”.

The Season is in its most intense

Why do I dub the current window as the most intense? The Playoffs are not far away and the window to make a deep Playoffs run has only become thinner with each game. This is desperate for squads that want to finish in the top rankings and also for the teams that are looking to sneak into the Play-in tournament. For the Mavericks, which is in fifth place, the race to the top four is tricky espescially against the Jazz, a team that seems to have also figured out the winning potion. A win for the Mavs will give then 40 wins and they will have just two more losses than the Jazz in the larger picture. Both these teams have an outside chance of making a deep Playoffs run courtesy of their well-formed squads and the overall success, but the top teams in Suns, Warriors, and Grizzlies are looking more likely to go deeper. For me, the Mavericks have really reformed their roster during the midseason window and their tema balance looks emphatic.

The Mavericks field two point guards in Brunson and Doncic, a wing in Reggie Bullock, a big Forward in Dorian Finney-Smith, and a Center in Dwight Poweel. For Jazz, there is a more traditional outlook, a Point Guard in Mike Conley, a Shooting Guard in Donovan Mitchell, a wing in Bojan Bogdanovic, a big Forward in Royce O’Neale and a Center in Rudy Gobert. In terms of the bench, while the Mavericks have seen the fascinating play from Spencer Dinwiddie as both the scorer and playmaker, meanwhile, the Jazz has Jordan Clarkson as an iso threat. These are two well matched-up teams and if we see the two teams clash in the Playoffs, it will be a treat to watch. Doncic and Mitchell both have been high-yielding guards but Rudy Gobert provides an extended advantage in the middle. The rest of the match-ups look evenly matched but the Mavericks help defense has been better than the Jazz overall.

If these players are available, these are my player-based predictions:

Points Range: The Jazz has produced more points than the Mavericks while the Mavericks are a better defensive team on average. However, I believe the Jazz has improved quite a bit on the defensive end and with Rudy Gobert providing help defense, the team can create some ruptures for the Mavs’ different players. The last game between the two teams brought home 223 points with Jazz scoring 114 and the Mavericks 109, both teams nearly around their average but the Mavericks have usually held squads below 110. I believe this game will be in the 221-230 range too.

Prediction: The Mavericks have been doing a great job of closing out games and they have won a ton of close games largely due to the closing abilities of Doncic. Meanwhile, Jazz’s number of offensive options have been showing up quite a lot these days and I believe wing Bojan Bogdanovic will be huge in this game. I think except for the Center position, the match-ups are pretty much even. I see a close game that goes right down to the wire, and I am confused to pick a winner here, I usually do predict clear-cut winners but my conviction rate to pick a clear winner is low compared to other scenarios. Still, for the sake of it, I see the Jazz pulling one off 115:110 here.