Denver Nuggets vs Boston Celtics: Nikola Jokic train collide against defensive might of the Celtics 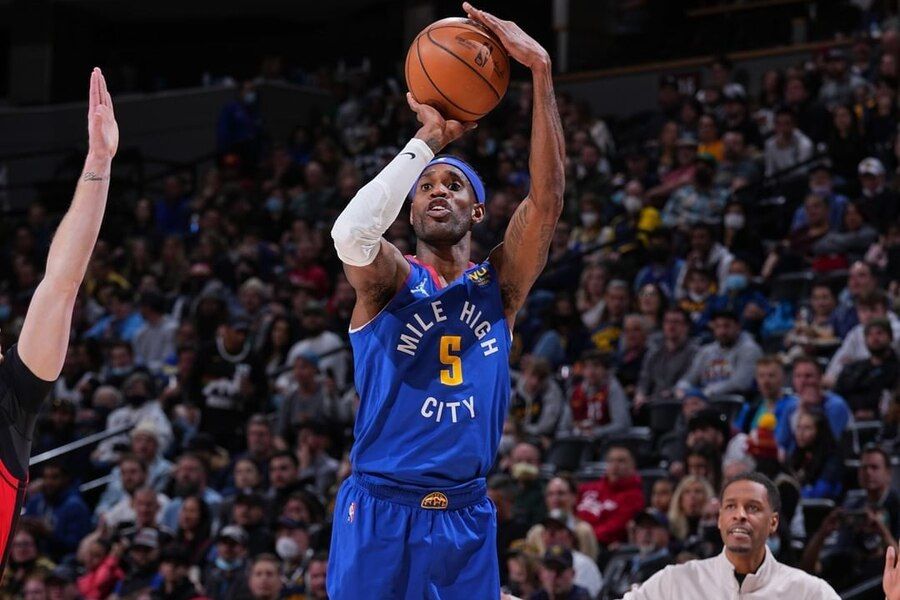 The NBA Regular Season is heading to a close and within three weeks, we will be in the Postseason territory. The Postseason territory has been divided into two parts this time around, first, there is a Play-in tournament between the seventh to tenth seeds and two teams then quality to clash against the first and second seed that will be a part of the first round of the Playoffs. In this battle, two teams that are positioned in the top-six brackets in their respective Conferences will meet each other as the Nikola Jokic-led Nuggets take on the high-flying Boston Celtics.

The Nuggets have won 42 games and lost 29 matches. At one point, it looked like the team will at least finish in the top-six but things don’t look so simple at this point. Why? Well, because the Timberwolves have won ten out of their last eleven games and they have 42 wins and 30 losses. The Nuggets have lost two out of their last five games, but in the overall scenario, they have done well since the beginning of the year. The upcoming schedule for the team features eight out of the next 11 games on their home floor but the way the Timberwolves are playing, they may have to put on an 80% winning record to avoid going through the Play-in tournament. And they can get a boost soon as Michael Porter Jr. will return soon and Jamal Murray will join him. One other benefit of making the first Round straightaway is that you get an elongated rest which can help Jokic to launch his postseason flurry with fresher legs.

The Celtics' defense has shut down almost all teams that have come their way. The team’s defensive rating is the best in the league They are the second-best paint-defense team behind Heat while they are top-five when it comes to limiting the opposition’s fastbreaks. The team is second best in terms of blocks per game and much of the credit goes to Robert Williams III who is one of the best defenders in the league. When you put together size, athleticism, and speed together along with experience, of course, the results will be great. Jayson Tatum, Jaylen Brown, Marcus Smart, Al Horford, Robert Williams, and Derrick White are all great individual defenders and all can both use strength and quickness to shut down both the paint and the three-point line. Offensively, the Celtics are much improved and their ball movement and scoring balance has been much improved but yes, Jayson Tatum defines their effort during most nights.

Points Range: The Nuggets have been on average a better team than the Celtics but that was until January or so. The Celtics have picked up their offensive game and they have a wealth of playmakers, shotcreators, and a great balance, and despite their slower pace than average, they have been getting a bunch of points. The Nuggets effort is led by Nikola Jokic and he has been on fire these days, scrapping 30+ points and dishing 10+ assists regularly, apart from him while Aaron Gordon has done well, Will Barton has been in a shooting slump. On the other hand, Bones Hyland has been on fire for the Nuggets these days and has hit a sweet spot. However, when you go up against the elite defense of the Celtics, all of this can turn into dust. I see this being a grind-out game with the scoring range in 210-220.

Prediction: Robert Williams III will have his pockets full containing Jokic and this will be a huge and exciting test for the young big. On the other hand, while the Celtics have more shotcreators than the Nuggets, Jokic alone has been able to decimate the opponent’s advantage through his all-around play. However, the Celtics have not cared about all that these days. I believe the Nuggets will challenge the Celtics defense but the visitors will win this game 109:105 here.