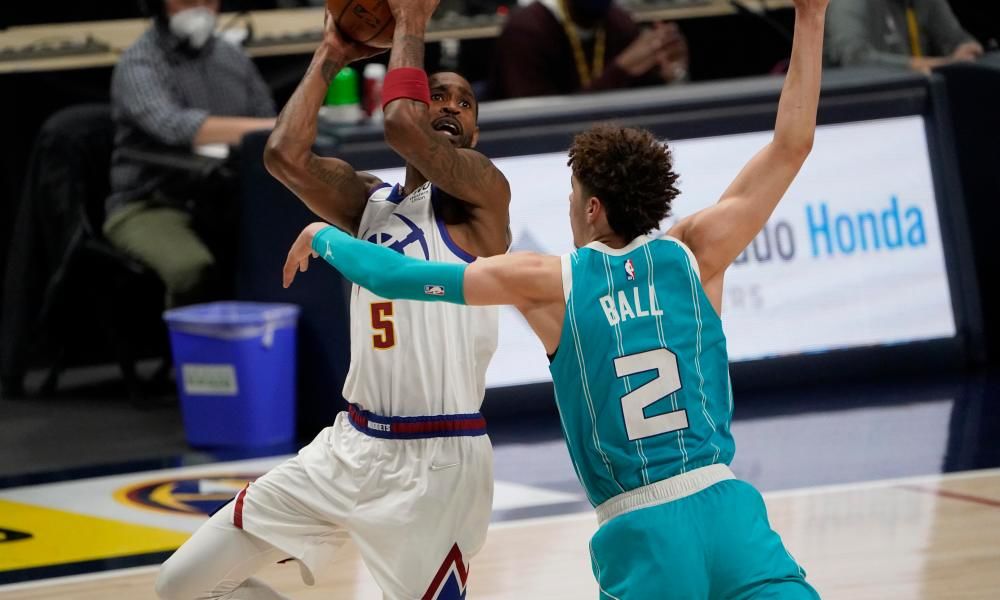 COVID-19 continues to pounce on the world and the NBA also couldn’t escape its grasp. Still, the league has been able to field most of the games this season and tipsters, bettors, and bookmakers will continue to work on how games will turn out. Now, the two teams will meet here in Denver Nuggets and Charlotte Hornets continue to make it a fun betting affair. Both teams like high-scorers and have been scoring 110 or more regularly this season. The Nuggets have won half of their games while Hornets are one game under the 50% win mark. Can the Hornets get back in their groove after losing three in a row?

Hornets have been lagging behind recently: Hornets were scoring in the 115-130 points range mostly but they have been only able to lodge around 102 or so which is way behind what they were doing earlier. Now, it is true they have struggled offensively against two elite defenses but the team wasn’t badgered by that characteristic before. It seems like the COVID-19 wave took the rhythm out when Ball went out and when he came back, the offensive system had changed, running through Miles Bridges and now both players will have to adjust accordingly. Still, with Rozier, Ball, Bridges, Hayward, and Oubre Jr., the team has five iso scorers and I am sure the team will start scoring 110 or more soon if these players are healthy.

Denver Nuggets offense: Denver has been scoring quite a bit too. They have scored 115 or more regularly but have not done that much against the defensive-minded teams. The team runs its offense through Nikola Jokic who can set it up at post, can either score, or attract the defense and open up perimeter shots for his teammates. Gordon, Morris, Green, Campazzo, and Hyland have shown the ability to shoot and also put up a great scoring front. Anyway, the trouble with Michael Porter Jr. gone from the fray, the defense has been hit on multiple fronts and now the team is leaking too many points. Hence, they will have to eke out something on offense to cope with that. The Nuggets have not done well in low-scorers at all.

As you can see, two weak defenses and teams that love high-scorers usually end up playing high-scorers and a shoot-out type of game. The Nuggets and Hornets have a lot of work to do on defense, for the Nuggets, they are without their star defender, but the Hornets have a healthier unit and their defense is holding them back big time. And if these two teams are not fixing their defenses, It is essential for them to score 115 or so because they can’t hold the fort in low-scoring games.

Points Range: We have discussed much about the scoring above. Now, let us see how the scenario can play out offensively. Suppose Jokic gets 30-35, and he can get so much against the Hornets offense, meanwhile, Gordon and Morris can combine for 30-35 too. Barton, Rivers, Green, and Campazzo can eke out similar output too so a 110+ score is in reach. For the Hornets, Rozier, Hayward, Oubre Jr., Bridges, and Ball can combine for 110 or so on a regular basis. Washington can also score quite a bit too. I think a 219-230 points range is possible here.

Prediction: Tough one to predict because both teams have not been wholly consistent this season. I think the Hornets are due a big offensive game and the Nuggets are not exactly a lockdown defense so they will have their opportunity more often than not. The Nuggets have Jokic and with him in the middle, you can have an edge in multiple areas. Still, I believe the Hornets will eke out a win 120:109 here.