Denver Nuggets vs Golden State Warriors: Desperate Warriors seek to finally get a win versus Nuggets 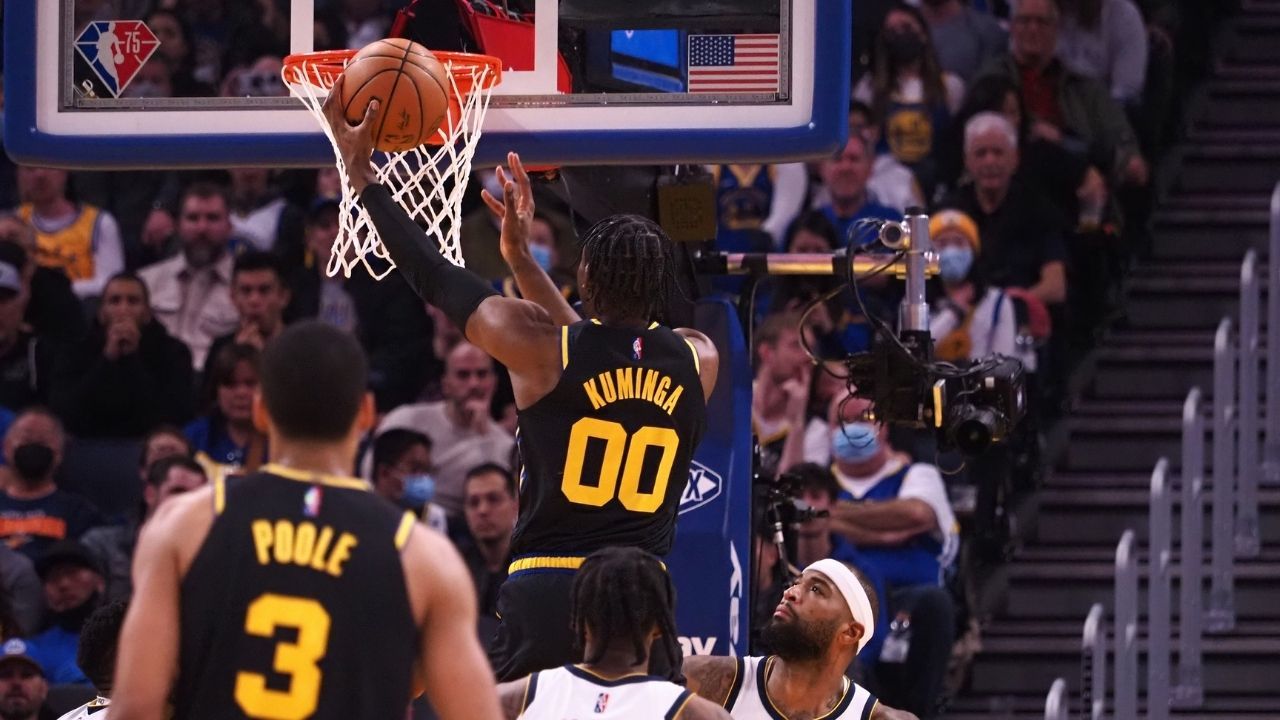 This is the Universe of the NBA, in a week, you can lose four in a row, and then in the next week, you can get a four-game winning streak. Then there are teams like the Phoenix Suns, the team with the best record that refuses to lose and puts on a show every time they step on the floor. It is indicative of how Regular Season is important because you build winning habits over the season and the majority of times the team with at least the top-two records in the respective Conferences end up winning the trophy, it is a hard and grueling road marked by injuries, fatigue, off-the-court issues, pressure from the fanbase, management, and what-not. NBA athletes and coaches are heavily scrutinized making the practice of basketball one of the hardest in the world like most professional sports. Anyway, keeping that in our mind, let us delve into the game between the Denver Nuggets and the Golden State Warriors.

The Warriors’ cohesion has been suffering in absence of Draymond Green. They were the best defensive team when he was around but since he has been done, the team has been suffering a lot on that end. The offense has seen some sweet spots but one of the guards in the rotation keep doing on a cold shooting streak. In the last game, they did win against the Clippers and in that game, the team saw their rookie Jonathan Kuminga step up his game. Draymond will return to the fray after a couple of games so they can be on the rise.

The Nuggets have been playing a better brand of basketball compared to the Warriors since January. They have nabbed around 70% of wins in the games recently and they are looking primed to be a major challenger during the Playoffs. They have been doing a great job of closing out games and with Jokic commanding the troops, Aaron Gordon has been doing his thing while Monte Morris has hit a hot shooting streak just at the right juncutre. As the team awaits the return of Michael Porter Jr. and Jamal Murray, things are looking promising in the Nuggets’ world.

Head to Head this season

The Nuggets have beaten the Warriors thrice already and all of these games were close, the first was won by three points, the second was won by one point, and the third one was won by seven points. They have met the Warriors twice in the last three weeks or so and both times, a strong offensive effort from Jokic highlighted the Nuggets’ effort. This is why it is a big game for the Warriors and they are hungry for a winning streak. This also implies that the Nuggets are aware of the game plan by the Warriors and can pull off another.

Taking into account these players are available, let us jump into player-based predictions:

The Nuggets have beaten Warriors thrice already this season and they have notched 12 wins in the last fourteen games, being one of the hottest teams in that period. They have been shutting the shop early in the game at times but their ability to make big shots down the stretch has challenged the opponents. On the other hand, though the Warriors did beat the Clippers in the last game, they had lost five in a row before, absolutely looking out-of-sync during a tough schedule. They are on a four-game losing streak away from home and this fixture adds that element too. Although this will be Nuggets' second game on the second night, they will likely begin as favorites. The Warriors have to play nine of their next 16 games away from home so they need to start winning on the road.

Points Range: The Warriors were doing a great job earlier of slowing down teams on the offensive end and were the only team to not allow even 110 in Regulation when Draymond Green was out of the fray. On the other hand, the Nuggets have usually scored in 115-124 points range recently and their offense has been torching largely because Jokic is dropping 30+ points and 10+ assists. The last two games between the two teams brought 255 points and 233 points which implies there is a chance of a high-scorer. Here, I believe, the total points range will be 220-230.

Prediction: While it is true that the Warriors have lost all their games to the Nuggets this season and have been terrible away from home lately, I think they will figure out a way to come on top here. My suggestions related to the Warriors haven’t been safe lately but I do see the Warriors taking it to another level because the scoring balance seems to be improving daily and with the news of Green returning soon, I believe the confidence of the team will only increase. I see the Warriors coming up with one of the best efforts here and winning 117:110 here.