Denver Nuggets vs Golden State Warriors: Watch out for Curry(Pray he plays), Poole can change the dynamics 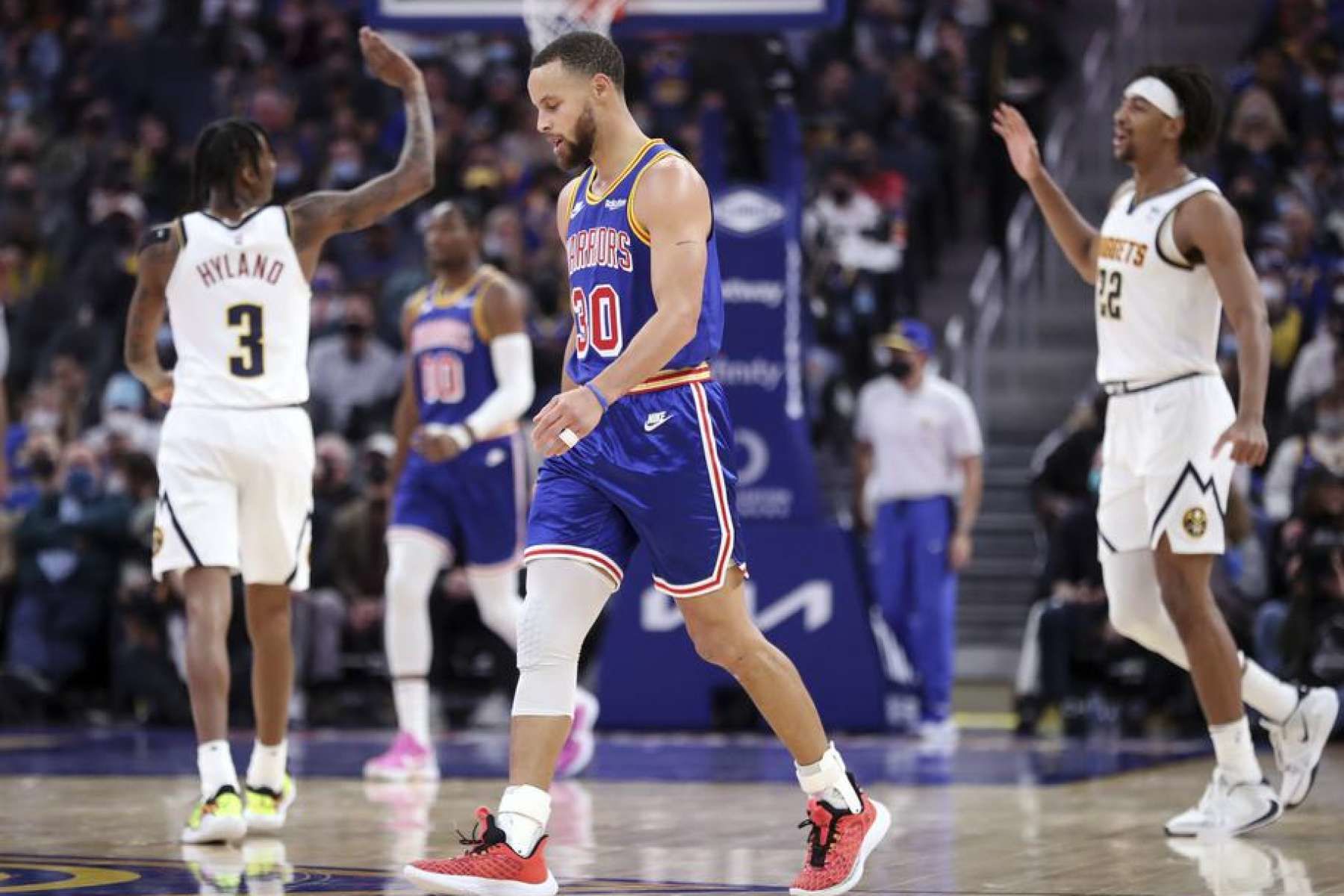 In this section, I will relate the details about the Denver Nuggets and Golden State Warriors typical Western Conference battle. I guess the Nuggets are one of those teams that remain relevant despite missing their major defender in Michael Porter Jr. and offensive threat Jamal Murray. I am sure if they were around, the Nuggets would have been as good a team as the Jazz. Their offense and defense has been impacted and some role players like Monte Morris, Aaron Gordon, Jeff Green, Will Barton, Facundo Campazzo, Austin Rivers and JaMychal Green had to try to put on a more than decent fight. For the Warriors, they did lose the last game by a scoreline like 86:89 but yes, without Draymond, I knew the going would be tough on both ends. Warriors know how to play defense though and the Nuggets will once again be bothered by their defensive range and ways to get back late in the game. Curry had a so-so shooting night but come on, he has been scoring 30 or more and keeping perimeter and inside defenders guessing all the time with his top-notch shooting. I will do this piece differently, I will relate two situations and try to simulate the game through this text.

Nuggets have a trump card in Jokic

The Denver Nuggets have a trump card in Nikola Jokic. Will Barton, Monte Morris, Aaron Gordon, Bones Hyland, the team has seen some spark plugs rise up. The Warriors can shut down the wing with Andrew Wiggins and the thriving defense under Steph Curry at the perimeter. With Looney, Iguodala, Porter Jr, Payton II, Poole, Juan Toscano-Anderson, you get quick hands and the ability to recover. Jokic had troubles against the quick defenders of the Warriors and this can be the case here as well. I think the Nuggets had their hands full in the second half in the last game and I knew that the Warriors make one of their destructive runs in the second half, through fastbreak dunks, and quick shots in the lane and from the perimeter. The Jokic factor can be negated through quick feet and a lot of help defense. This is why the Nuggets will need to deply a quickfire offense right out of the gates and I think the home court advantage channelize new modes of scoring for Will Barton. If Marcus Morris plays, it is a bonus, he can have one of his 15+ points games anytime, that is what the Nuggets need from players like Reed and Hyland, meanwhile, Facundo Campazzo has been a great playmaker, he has helped out the offensive end a lot. The Nuggets can have trouble late in the game as Jokic runs out of gas but keeps battling. The Warriors are looking formidable right now.

Jordan Poole is the key here

Golden State Warriors struggled to put up points in the first half during the last game, it is because Draymond Green was missing. He sets hard screens, matches-up well against both Forwards and Centers, while also making the important passes in fastbreak and half-court situations. Poole is the key here. He can do a great job of drilling 5-7 quick points to keep the matters running. Andrew Wiggins is an ace offensive player, he can get great cuts and also play in the post-situations, I have always loved Wiggins’ game, for me, his work ethic and his commitment to both ends make him an All-Star pick of the season! And this is why I say the Warriors have a lot of confidence, they are a dangerous second half team, they are doing a wonderful job of keeping the teams guessing on the defensive end with Curry’s perennial three-point threat. I believe he will have a big game here.

Points Range: The Warriors can deploy Curry, Poole, and Wiggins who can notch up 60-75 in tandem. They all can shoot from distance, hit mid-range shots and also make floaters, runners, and different type of cuts, and a lot of screening away from the ball action. The Warriors are an expert offensive system where you can insert someone like Gary Payton and give him the liberty to play excellent defense in all ways, and also get some quick-time dunks. Those are the morale booster players and with Curry you will have a lot of defenders busy, no matter what percentage he shoots. I believe the Denver Nuggets will see even a fiercer Warriors defense and can get relegated to 105 or so. I think this will be a 100s type of game and the points range is 213-225.

Prediction: Warriors and Nuggets were both gutsy in the last game, fighting for the ball, with Warriors being a little more aggressive in the second half. The Warriors reduced a 25+ points deficit to just 3 by the end of it and could have tied the game at the buzzer. Warriors have a lot of fight in them, they justify their title as the Warriors by their defense-heavy platoon, in the main five and off the bench. They know how to win games and I expect them to take this 109:101.

If Curry plays then these are the odds