Denver Nuggets vs Houston Rockets Prediction: The Nuggets likely to win this one 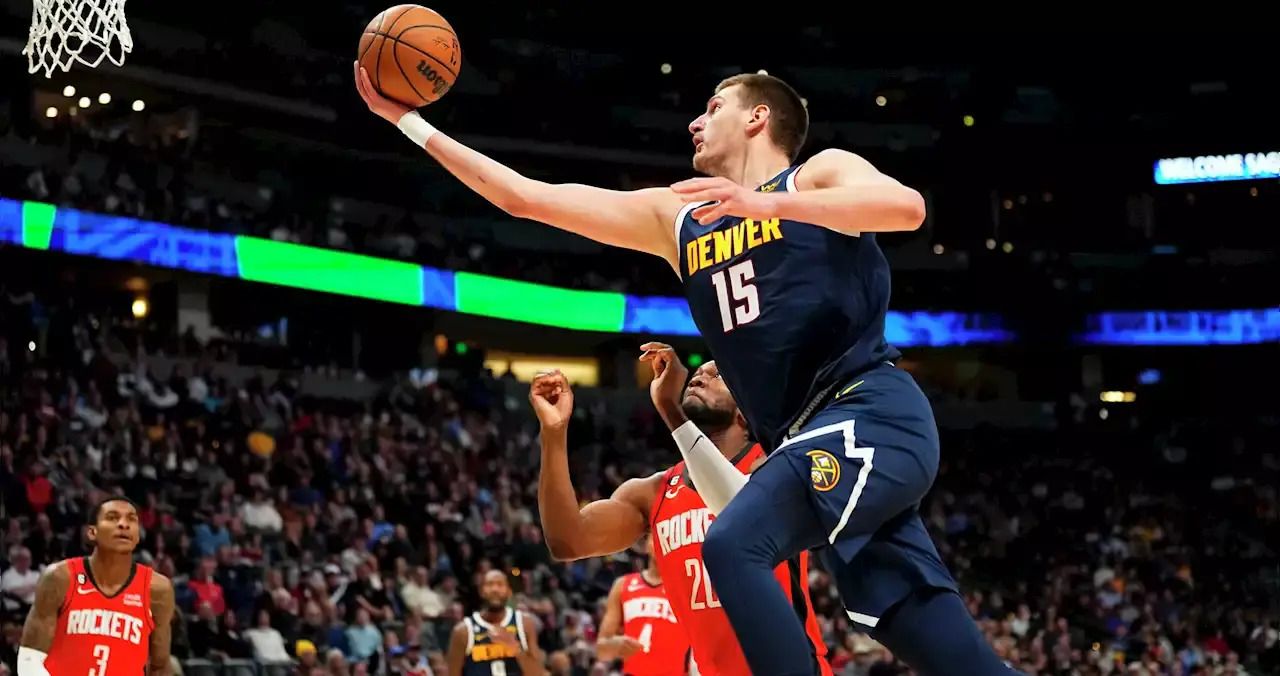 The NBA Regular Season has had its peaks and valleys in what has been one of the most amazing seasons in recent history. Many teams showcased their prowess early on but as we are settling down, some of them are falling apart. Then there are the Houston Rockets which has fallen apart ever since James Harden. The Rockets will take on the Denver Nuggets in this inter-Conference affair.

The Nuggets march into this affair after tossing away the Houston Rockets 129:113 as Nikola Jokic had an impressive 32 points, 12 rebounds, and 8 assists night. The win enabled the Nuggets to have a 13-wins and seven losses record and they are currently on a three-game winning streak. The Nuggets entered the season with a lot of expectations and so far, they have done well to lay a foundation. This team has one of the most balanced lineups I have seen in the league. With Jokic running the middle like a Point Guard, the scoring opportunities are plentiful and the Nuggets have built a solid offensive team.

Jamal Murray has isolation capabilities whereas Aaron Gordon has given great contributions as the athletic Forward who can do a lot. Michael Porter Jr. despite recurring injury issues has been an energy injector as a rim-runner, strong rebounder, and overall a fantastic scorer. Kentavious Caldwell-Pope has been a great addition, scoring when needed and playing his usual tough defense. Perhaps the biggest change from last season is having someone like Bruce Brown, who is a player capable of playing multiple positions, thus bringing in all-around production which allows him to be a great injury cover too.

As stated above, the Rockets last suffered a horrific loss against the Nuggets after starting well in the first half. Alperen Sengun had a solid night with 18 points and 7 rebounds but the overall effort from the team took a backseat in the second half. This has been the story for the Rockets, which has shown amazing sparks momentary but overall, their play has been as shallow as last season if not more. The Rockets have begun with just five wins and 15 losses, and that improvement came when the team won three out of five contests.

The most promising prospect has been Jalen Green, who can both shoot and drive at a high clip. Kevin Porter Jr. has an all-around presence whereas Alperen Sengun has been a strong presence in the middle. For a team that is built of a bunch of rookies, sophmores and mostly young players, this was expected. Still, the promise is high and rookie Jabari Smith Jr. embodies that with his athletic style of play, which has made him a solid defender. Can the Rockets build something special out of the current young core? Will the next draft bring further resolutions?

The Rockets have been one of the worst teams in the league but they have shown more resilience lately and have at least put up a big fight in two of the quarters. The Nuggets are way deeper than last season and seriously, their off-season changes are bringing in great results immediately. With Jokic at the helm, things look highly promising for the Denver outfit and that is why I’d back them to win big here. I predict a scoreline of 124:108 in favor of the Nuggets.