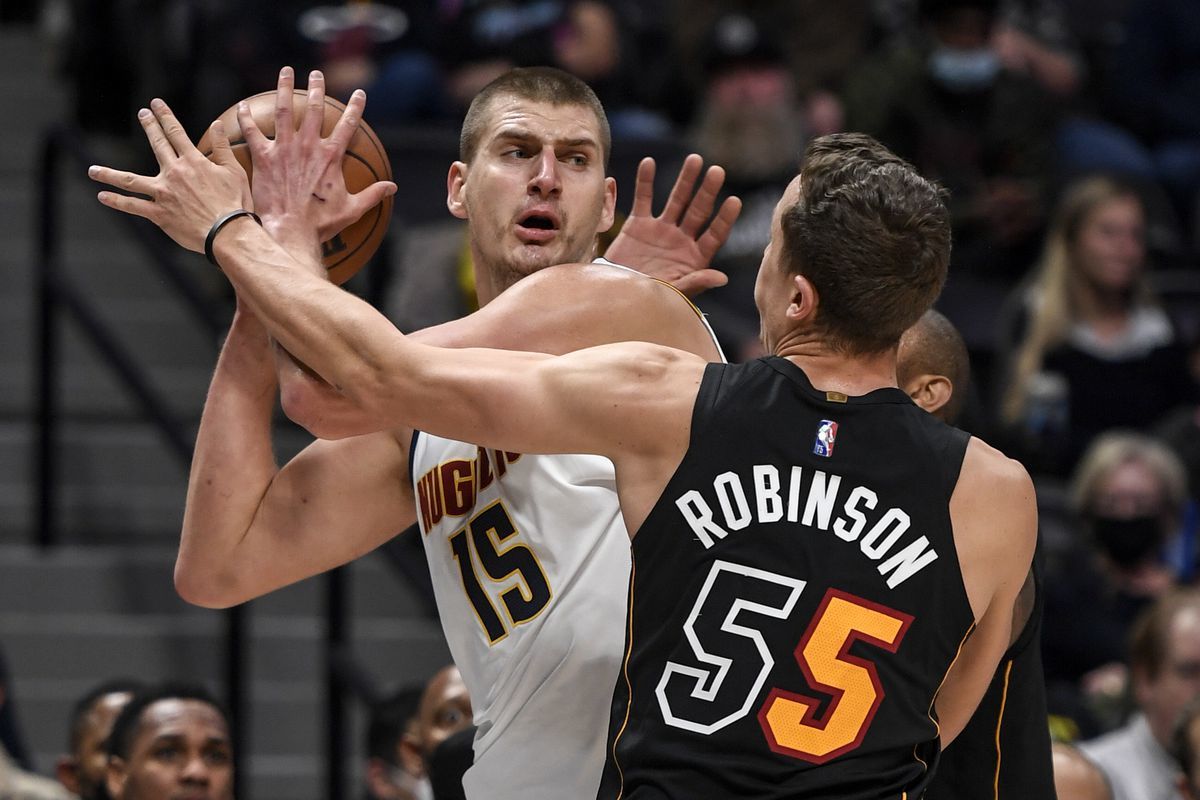 In this cross-conference affair, the Miami Heat and Denver Nuggets come face-to-face. The Heat is six games above the 50% win mark. Meanwhile, the Nuggets are struggling due to injuries and have lost more than half of their 19 games so far. For a quick overview, head to the “Notes” section.

Miami Heat: The team is an elite defensive unit

Sharp defense: Heat is an elite defensive unit, there is no doubt about that. With Lowry, Robinson, and Butler at PG-SF positions, you have a lot of pesky defense at the perimeter. Then at the frontline, you have the defensive talent of PJ Tucker, who helped the Bucks on that end quite a bit last year. Adebayo is springy and provides excellent coverage. With this kind of defense, you can take away the fast break play frequently, play at a slower pace, and just drag the game down rather than engaging in a shootout. This brings us to the next section, Miami’s offense.

They are loaded offensively: There are two things that jump out on one when reading about the pace of this team and its rebounding. The game is methodically slowed down to grind opponents out and when such energy is spent on shuffling your feet on defense and rebounding the ball at a high clip. Thus, after spending this much energy, the scope for implementing a slow offense makes sense. You bring the speed of the game down, you save some energy on working the ball around and finding the best shot possible. Miami plays well on the offensive side and is averaging 109 a game meanwhile on defense, the squad is legit and holds teams to less than 103 a game.

Misfortune: Nuggets have suffered a large number of setbacks after a hot start. At one point, the Nuggets averaged under 100 points allowed per game. What does it imply? A tough defense and a grind-out nature. There was one player largely responsible for that in the form of Michael Porter Jr. He ranked among the top players in defensive win shares and his ability to play tough defense at all sections of the floor made Nuggets a better squad. On the other hand, Jokic could eke out the much wanted defensive rebounds and also play position defense. Things have changed now.

The offense takes a farewell: Will Barton is a wonderful scorer, he scores around 16-22 regularly but earlier in the season, he had the luxury to get open looks courtesy of the Nikola Jokic-centred offense. With Jokic gone, the offense has gone cold and the defensive play has weakened too. That is why Nuggets have struggled to score and teams have established big margins at the start of the game. Aaron Gordon can score but he is not the type of player who can be the first option. Aaron is better suited for fourth option roles and to his credit, he has recently done well in his new role. This is not a knock on the current roster which has some shooters and playmakers like Monte Morris, the adjustments after you lose your main scorers can cause defeats.

Points Range: Heat can put up some hoops but they have not scored more than 107 in the last four games. If Butler and Herro who are questionable for this match, end up missing the game, you’d think Heat can have some trouble scoring. However, if Adebayo, Lowry, Robinson, Strus, and Tucker click, they can grind out such a total too. Perhaps Heat will score somewhere around 115+ if Butler plays.

Nuggets would have trouble without Jokic so they could end up below 100, if Jokic returns, then also the prediction is that Denver is limited to 105. Points Range seems to be 210-226 for this one.

Prediction: Miami will win this game and can score in the 107-113 range. The scoreline can be something like 113:101 in favor of Miami. Let us see!