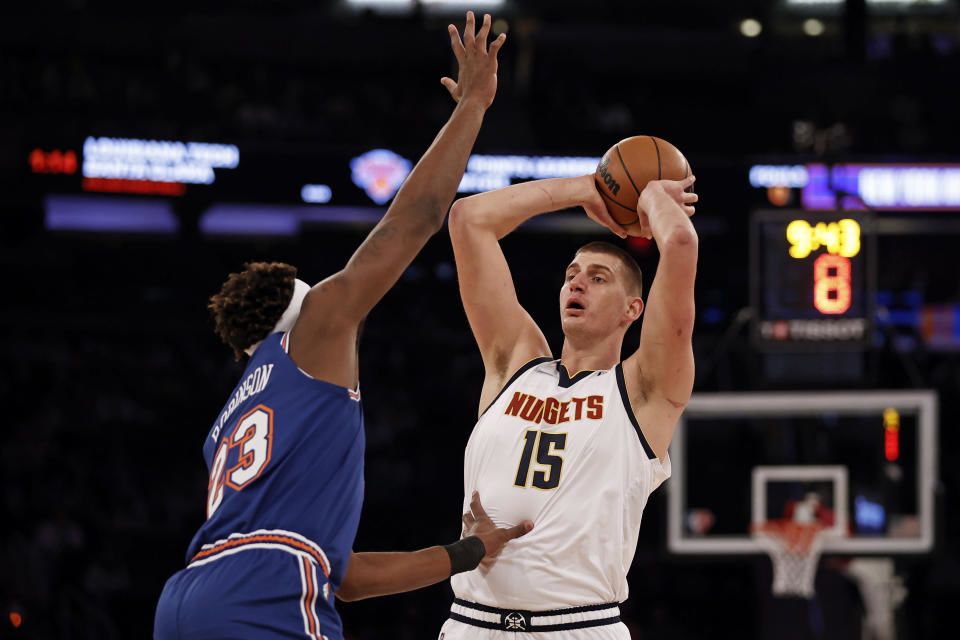 The trade deadline is here and since the deadline is so near, you can see some teams pulling the plug on various players. This is a tricky window for players, management, and critics alike, as the league is plunged into a frenzy of rumors. These rumors may fall flat at times but are not always without substance as the insiders work hard to find out what different organizations are upto during the window. And as the deadline nears, both disgruntled players and management have a chance to look at new scenarios. So, let us now jump into the game between the Denver Nuggets and the New York Knicks.

The Nuggets have won 29 games and have 24 losses, winning their last game against the short-handed Nets. That win snapped a three-game losing streak and well, they have done a great job this season with their key Forward Michael Porter Jr., and guard Jamal Murray out. The Nuggets are floating in the middle of the Western Conference standings and despite some of their recurring issues, you don’t want to face an amped-up Nikola Jokic during the Playoffs whose pairing with Aaron Gordon makes for an effective frontcourt.

On the other hand, the New York Knicks have totally lost the plot since late January, and right now with 30 losses and 24 wins record, and currently on a three-game losing streak and have lost six out of the last seven games, struggling to make ends meet, especially on the offensive end. The Knicks have followed a strong 2020-21 season with a not-so-strong season and it seems like shoring up the guard position only turned out to be counter-productive when you look in retrospect. This is why they can be active in terms of making trades? For my game total and result prediction, jump to “Expert Betting Tips''.

Nuggets have done well, Knicks have not done so well

Nuggets are hanging on

The Denver Nuggets have done a great job of staying above the 50% win mark and despite not being among elite teams, Denver has at least made sure that they don’t fall into the ninth or tenth seed. Nikola Jokic is largely responsible for their brilliant effort game in and game out. Jokic leads the league in triple-doubles and leads Denver in points, rebounds, assists, steals, and blocks, meaning virtually every major statistical category. Aaron Gordon has had his big moments, while Will Barton does a great job at the wing and Monte Morris supplies more than decent three-point shooting. The bench is not that deep for the Nuggets so yes this has hurt them too.

New York Knicks have been unable to field a strong offensive effort on a consistent basis. They keep falling off the radar and they always are in for one of those below 20 points quarter that derails their overall effort. Julius Randle has been frustrated by the fans booes back at home and even though his numbers are down, the big Forward can still be an effective all-around option. RJ Barrett has had his shooting troubles., Evan Fournier has done well recently but can also struggle shooting-wise. Alec Burks and Immanuel Quickley keep misfiring. While Mitchell Robinson has done well in terms of rebounding and shot-blocking, the team needs a consistent one-guard and a stronger bench too at this point.

Points Range: The New York Knicks have struggled on the offensive end as stated above and find themselves scoring 105 or below on a regular basis. Still, with Julius Randle playing at a high clip, they have scored 110 or more on a regular basis but on average, they are unable to scrap high-quality offense. On the other hand, the Denver Nuggets have scored 115 or more on a regular basis since January, but yes, the Knicks have been decent defensively on average. However, their defense keeps falling too as the team chemistry is in tatters at this point. I see the Nuggets going past 110 here while the Knicks are being held below 106. I see the total points range here as 210-220.

Prediction: Nikola Jokic will give the Knicks defense trouble despite them having a physical Julius Randle and an incredible Center in Mitchell Robinson in terms of the defensive value. Offensively, the Nuggets have been better on average than the Knicks and I think Will Barton and Aaron Gordon will combine for 35+ points here. I see the Knicks taking this game 116:102.