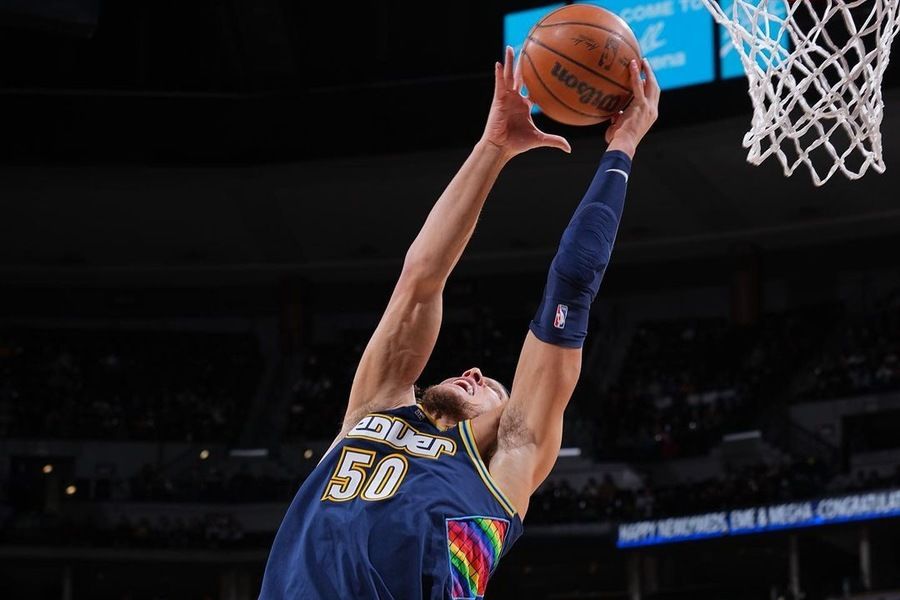 The NBA has gone on about its business and so I have conducted my business here as a writer. Sure, predictions fail now and then but as a predictor, I am confident I will be relaying better ones soon, hey, this is a part of the game, isn’t it. Still, thanks to those who read, it is a big deal for me! Anyway, forget all of this, let us jump into the Western Conference picture. There is one team that has silenced the rest of the league and there seems to be an answer for his unbelievably loaded team, that refuses to put the brakes. So as the Phoenix Suns meet the Denver Nuggets, a lot is at stake for the latter.

Nuggets are in an enthralling battle

The Nuggets' top-six chances are not as secure as they were looking earlier but yes, the two losses for the Timberwolves have certainly given impetus to their chances. They defeated the Clippers in the last game and with Nikola Jokic running the show, they can elevate their play further in the Playoffs. The upcoming schedule isn’t the trickiest and the team will face a Suns team that played last night but hey, this is the Suns we are talking about. At any rate, the Nuggets are in need of a boost to finish the campaign and build daylight from the Timberwolves.

The great news for the fanbase is that Michael Porter Jr. is going to return soon while the news is also welcoming when it comes to Jamal Murray. If these two return, a lineup of Murray, Barton/Morris, Porter Jr, Gordon, and Jokic can be tight-knit on both ends as Porter Jr is a premier defender while Murray can supply quality scoring during most nights, and is needed to address the lack of shot creation at times at the Point Guard spot. The bench can also gain more depth if these two return and I can imagine the Nuggets giving some trouble to others when the Postseason comes.

Suns are the title favorites, no doubt!

The Phoenix Suns are the most well-versed and incredible team in the NBA. They have proven that they don’t care about what type of team they are playing, whether it is a home or away game, whether they have key parts missing, they just keep on winning. There are no words to define what they have already achieved this season and they have set a high bar. They have made winning streaks a habit and only Grizzlies have built the habit to garner winning streaks like them. Another impressive thing recently has been that the team has won around 80% of their games without Chris Paul, their leading assists player and you can credit Cameron Payne who has filled in for him.

Devin Booke has done his thing and he has received immense help from many other parts, something he lacked before the pre-Chris Paul era. Bridges’ development has taken the team to another level while Ayton has showcased that if he played for a mid-to-low tier team, he can average around 25 points and 12 rebounds. The players complement each other well, Booker as a pesky defender, an isolation scorer, Payne as the primary playmaker, Bridges as a slasher and elite defender, Crowder another elite defender, Ayton, a high-percentage scorer, rebounder, and defender. It is fun describing a team that is close to winning around 60 games and no other squad is even close!

Points Range: With Jokic running the show and the Nuggets running into a Suns team that played just night, the Nuggets offense can take an elevated status. However, the Suns look as hungry as possible and there is no doubt that they will be in for a fierce resistance. Will coach Monty decide to rest Booker, Ayton, and Bridges in this scenario or will he avoid breaking the hot streak of the Suns unit? If Booker, Ayton, and Bridges play, we are most likely going to see a high-quality Suns offense. The Nuggets' defense has been decent but they are not an elite defense. So, how will this play out? I do see Denver coming up with a strong offensive effort. I see the total points range as 220-230.

Prediction: Let us see if the Suns field Booker, Ayton, and Bridges here, as this has to be written in advance, it is tough to say but if they do play, the Nuggets have their work cut out. The Suns are by far the best team on the road and no team even comes close to their record away from home. On the other hand, while the Nuggets have been stellar at home, they have showcased some vulnerabilities from time to time. If Ayton, Bridges, and Booker play I give the Suns a 55% chance of winning, if they don’t or either of the two rest, I give them a 40% chance of winning. The final scorecard can read something like 117:112 or somewhere there I guess if the top-three offensive players for the Suns play. If they don’t then I think the Nuggets will notch a 118:107 win here.