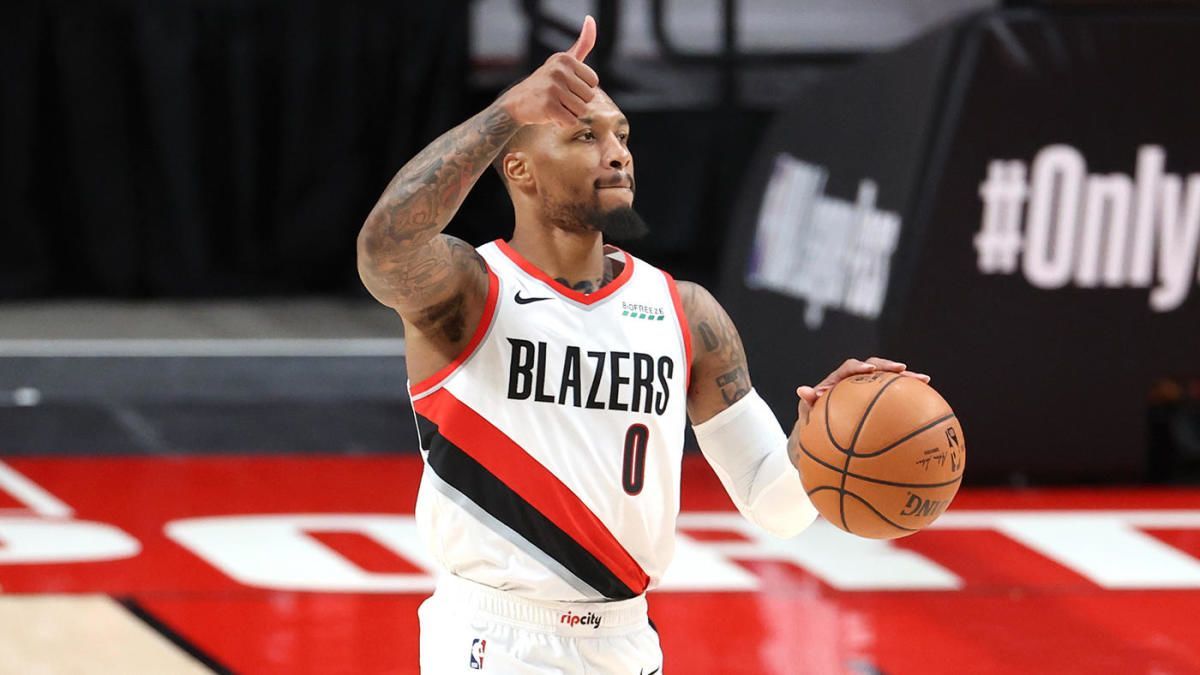 In this game, two teams from the Western Conference, Denver Nuggets and Portland Trailblazers will clash against each other. The Trail Blazers and the Nuggets share a similar 9-8 record but have had contrasting fortunes recently. Nuggets’ three main players have been out while the Trail Blazers have picked up some wins recently. For a quick look, simply head over to “Notes”.

Portland Trail Blazers: A lot of scoring, but not much defense

Lillard’s return to form, stacked offense: Against the depleted Sixers team, Damian Lillard had his first game with 30+ points as he racked up 39 points. He has led the team in scoring during six of the last eight games and has looked in wonderful touch lately. With him at point, CJ at off-guard, and Powell at wing, Trailblazers get 65-75 points on average and can torch the opponents. Larry Nance has been decent on offense too lately while Nurkic can chip in with 10-15 points and Simons and Covington with 6-10 points each. Portland averages around 110 points a game and attempts around 39 threes per game, both making this outfit top-seven in that regard.

Defense is lacking: As good as the offense is for the Trail Blazers, the defense is usually a no-show. Both Dame and CJ are not very adept at guarding the perimeter while Nurkic isn’t a stellar paint defender either. Perhaps, Covington is the only elite defender in this lineup and Portland squanders about 109 points each game, allowing opponents to shoot around 47%, making them a bottom-ten team in both regards. The Trail Blazers have not had a defensive identity for years now.

Denver Nuggets: No love from injuries

Where do they go? Imagine losing about 66 points, 24 rebounds, and 24 assists per game. Yes, that is what happened to the Nuggets after they played the last three games without Nikola Jokic, Michael Porter Jr., and Jam Murray. Aaron Gordon and Will Barton have somehow tried to fill the void with both of them trying to up their scoring but then the offensive scheme becomes obvious of the opponents. The Nuggets have scored below 100 twice in the last two games and have felt the void of especially reigning MVP Jokic on both ends.

The defense has taken a hit too: Michael Porter Jr. was having a tough offensive season before the injury but he is one of the top players when it comes to defensive win shares. The Forward takes a huge amount of offense away from opponents and with his departure, the Nuggets’ defense that ranked at the top has now slid five to six places. With Jokic out, the inside defense lacks both size and hustle and the Nuggets have ended up squandering 110-126 points in the last three games. How can Nuggets make up for such huge losses on both ends? Indeed they will pray that at least Jokic returns for this game!

Points Range: Trail Blazers and Nuggets both showcase a leaky defense these days and there are chances of both teams squandering 110+ points in the last few games. Looking at that trend, this game can well be in the 220-230 points range.

Verdict: The Trail Blazers have an edge in this one both in terms of depth-wise and form-wise.