Denver Nuggets vs Sacramento Kings: Kings desperate for a win as they meet Jokic-led Nuggets 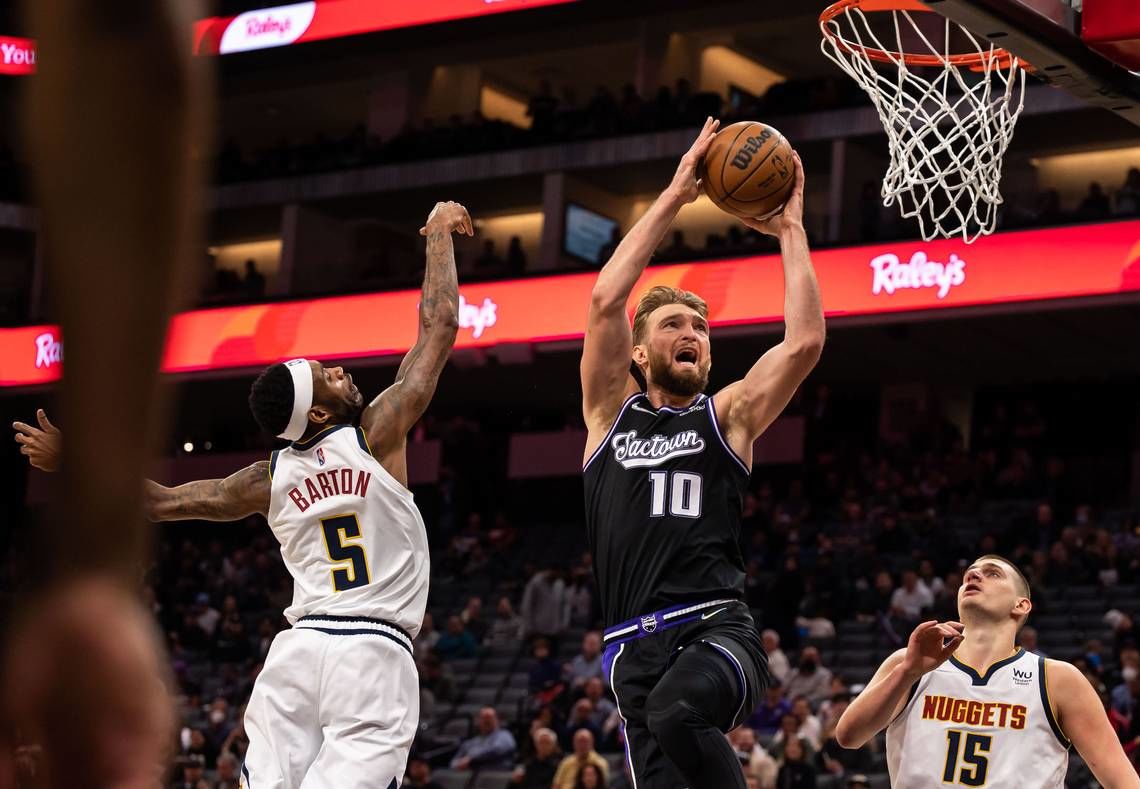 We have certainly reached a crucial phase of the season, no, I am not saying that just this single phase is the most important but with the postseason nearing, time is ticking for many squads. These are desperate times for squads that are either looking to solidify a place in the top-six or for those that need a crack at the Play-in tournament, finishing from seventh to tenth place. With the regular season at the 75% completion mark, the remaining quarter is going to be a dash for the Playoffs. And in a desperate dash, the Sacramento Kings will visit the Denver Nuggets in a typical Western Conference battle.

The Nuggets have played some solid basketball this year and courtesy of that, they have nabbed 34 wins and have just 25 losses. They are on a four-game winning streak and with Nikola Jokic running the show, there is no doubt that they can continue winning more than half of their games at least. Jokic gets at another level during the Playoffs so even if the team gets the sixth seed, they can create a lot of noise even against top-tier squads.

For the Kings, this is another tough season, and they have again left too much to be done. They have 22 wins and a humungous 39 losses, currently on a three-game losing streak. They have lost three in a row and the Nuggets beat them 128:110 in the last game which has been a common theme for the team that acquired Sabonis a week before the All-Star Break. Can the duo of Sabonis and Fox spark something special against the Nuggets? To know my game total and result prediction, hop to “Expert Betting Tips”. For my player-related predictions, slide to “Player Performance Prediction”.

The Nuggets may not be counted among the elite teams but I will take them seriously come Playoffs time. As stated above, Nikola Jokic saves his best for the Playoffs and his already intimidating overall skills skyrocket during that period. They have a relatively easier schedule ahead of them, playing five teams with a record of below 50% wins in a row and that is why this winning run can be extended to something huge. With Jokic at the helm and a piece of great news marking the return of Murray and Porter Jr. before the Playoffs, watch out for Denver!

What has made the system run is the great complexion and scoring balance. Will Barton has found his groove this month while Aaron Gordon comes up with a great scoring game every now and then. Monte Morris keeps knocking down his outside shots while Jeff Green gives some scintillating highlight plays. Bones Hyland and Bryn Forbes will be huge down the line off the bench but the Nuggets will look even more formidable once Murray and Porter Jr. return restoring the last season’s offensive and defensive prowess.

Frankly, there can’t be a more irritated fanbase than the Kings one(Lakers fans will deny this), but hey, this is a team that hasn’t made the Playoffs for more than 15 years now. Acquiring Sabonis was a bold move as they had to move a young and promising guard in Tyrese Haliburton but the Kings are yet to figure out the winning mantra. Their major issue continues to be giving up big runs and losing the edge on the defensive end time and time again. They are in for a tight race for the last spot but the Pelicans and Spurs are placed better than them.

However, they can trigger something special, with Sabonis they get the much-needed inside scoring, rebounding, and some physicality. Meanwhile, Fox is having another great season. Barnes continues to be effective at the wing but I think a lineup of Fox-Mitchell-Barnes-Metu-Sabonis can fetch better results with Holiday, DiVincenzo and Harkless coming off the bench. The Kings’ coaching staff needs to figure out the winning combinations because they are lagging behind too much.

Points Range: Nuggets have been clicking a lot on the offensive these days and keep going past 120. The biggest reason has been the improved offensive play of Will Barton and some decent production from the bench players as well. On the other hand, the Kings have a lot of offensive potential but they are yet to figure out the combinations that can work in the long run. Still, a 110 points mark is not far-fetched by any stretch. The last game between the two brought 238 points where Nuggets scored 128 of them. I believe it will be around the 220-230 range this time.

Prediction: While it is true that both form-wise and chemistry-wise, the Nuggets hold a significant edge, especially playing at home. But I see the Kings coming up with a more resolute and balanced effort here. I think this will be way closer than the last game and the Kings can push the Nuggets to their limits. I think the Kings can snap their three-game losing streak and surprise with a 119:110 win here. This is a bold call, a safe bet can be +6.5 handicap in favor of the Kings.