Denver Nuggets vs Sacramento Kings: Kings have no momentum again 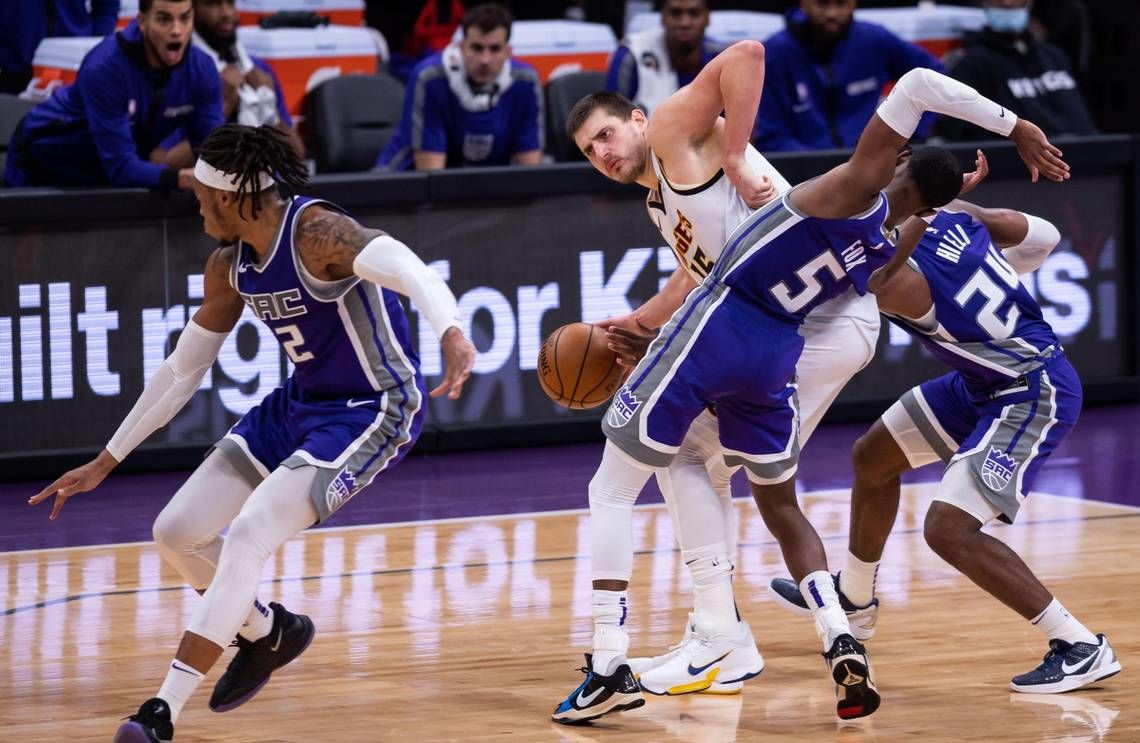 NBA betting can be a taxing affair and produces varied results throughout the season. What can be done in this case when a lot of analysis, combinations of dynamics, and trends are diluted night in and night out. Well, just hope and pray that we take the right bets and leave it to the athletes who compete hard every night. Anyway, in another betting affair, the Denver Nuggets take on the Sacramento Kings in a typical Western Conference battle. The Kings are having another sub-par season, winning just 16 and losing 24 games while the Nuggets have 18 wins and 18 losses, largely on the back of Nikola Jokic, the reigning MVP. The Nuggets stand a lot of chance here, playing at home and against a vulnerable squad. Can they notch a big win here? For my game and total prediction, jump to “Expert Betting Tips”.

Nuggets need a big run again, the Kings are lost as usual

Nuggets have been inconsistent recently: It is clear that the Nuggets are not the same squad without their star defender Michael Porter Jr. and offensive star Jamal Murray. Still, having the league’s MVP Jokic brings them closer to a 50% win record. It isn’t like the Nuggets are not deep but when two of your main stars go missing, the team balance is obviously going to shrink. Yes Jokic’s scoring, rebounding, and playmaking has been top-notch but the team has had to probe through the bench for finding starting-level minutes. Aaron Gordon has played well, notching 15 or so however Will Barton’s declining scoring range is a concern despite him being an all-around threat. The defensive end for the Nuggets has been hurt since Porter has been out and if he would have been around, I guess the Nuggets would have had at least a 21-15 record and the team will hope Murray returns soon because there is still half of the season left!

Kings are the same old story: Sacramento Kings continue to be an underwhelming squad, once again posting a below 50% win record, losing in bunches, unable to put together winning streaks and giving little to no hope to a fanbase that has stuck around and fill the arena despite the team not making the Playoffs for past 15 seasons and counting. The Sacramento squad has a talented backcourt with Hield, Fox, Haliburton, and Mitchell but the Small Forward to Center position hasn’t given the team much lift as Harrison Barnes continues to score less and less every night. The bench isn’t effective to pull through and the management may repeat the same old story, make trades, do a coaching change, and well, repeat the cycle!

Points Range: The Nuggets have been figuring in various scoring ranges and as the season is progressing, some of their offensive options are looking tired, despite that, I think with Nokic around, the team can field an effective brand of offense. I think against a so-so Kings defense that has given up 112 or so regularly, the team can have a big chance to make hay. On the other hand, the Kings have had a few 110+ points games but lately they have seen a lot of games where they have scored 102 or less. The team has struggled to score away from home many times and remain a vulnerable squad on both ends, unable to string together quality possessions. Overall, it isn’t like the Nuggets are some defensive juggernauts or have an overwhelming offensive edge but I give them a better chance of going past 110 in this game. The points range here for me is 220-230.

Prediction: Playing at home, the Nuggets of course enter with an edge against a squad that has been among one of the worst squads away from home. See, even if the Nuggets haven’t been as clinical and haven’t attained a mid-season form, I believe their season trajectory and the record suggest that they are more likely to win here. The Kings can have a world of trouble stopping Jokic and I think after not scoring 30 or so for many games, the big can register such nights here. In my humble opinion, I believe the Nuggets will run through the Kings here and eke out a substantial win and I give them a 70% chance of winning this. I believe the Nuggets will here big, with a scoreline of 118:107.