Denver Nuggets vs San Antonio Spurs: An important game for both squads 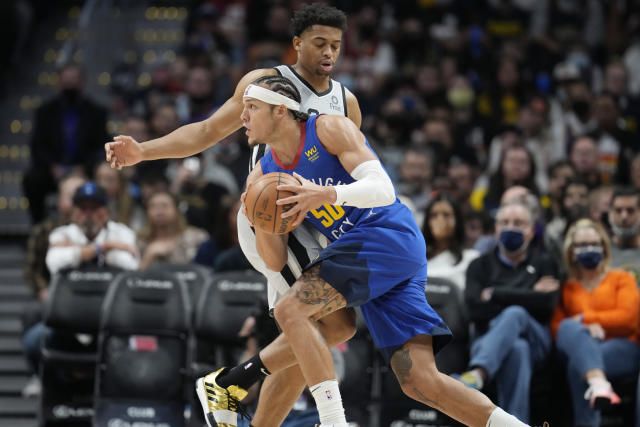 NBA moves towards the Playoffs territory with each day and we have less than seven days of the Regular Season left. In this Western Conference scenario, the Denver Nuggets will host the San Antonio Spurs. The Nuggets have jumped to the fifth spot but they will still need to do a lot to secure that spot. On the other hand, the San Antonio Spurs are in much more desperate territory and have to secure a Play-in spot.

Nuggets can earn a ticket to the Playoffs straightaway

The Nuggets are in a prime position to secure a Playoffs spot and they have been shot up from the sixth to the fifth position. Considering the current picture, they can end up facing the Dallas Mavericks but a loss or two can push them down to the sixth position, where they can end up facing the Warriors, most likely, they will be facing either of the squad, which doesn’t make for an easy match-up straight-up. Still, we have seen Nikola Jokic raise his game around the postseason window and he is bound to post problems to both of these squads. Jamal Murray’s status remains fuzzy but the team will need Michael Porter Jr. to make a deep run with his ability to play elite defense, clamp rebounds, and provide sustainable scoring.

The Spurs need to win this one

Although the Lakers have gifted the tenth spot to the Spurs, they will still need to win this one to reach a more secure position. They will be up against the Jokic train and Center Jakob Poeltl has his work cut out here. DeJounte Murray has been the major driving force during most victories and no team has had an answer for the athletic guard during most nights. Surely, his absence for this game couldn’t have come at the worst time for the Spurs, which have struggled without him. Most likely, the Spurs are going to square off against the Pelicans in the Play-in tournament, a team that has improved considerably. So it is time that Keldon Johnson, Lonnie Walker IV, Devin Vassell, and Josh Richardson eke out a big night here.

Points Range: The Nuggets have been propelled by the freight train known as Nikola Jokic and since the Playoffs are nearing, we are going to see the best of the MVP-level player. They have been able to fend off below 50% win squads more often than not and that has been the reason for their uptick in offense. DeJounte Murray’s absence is going to hurt the Spurs on the offensive end since he is the only substantial playmaker and some who can break the opposition through his elite driving skills, enabling both scorings for him and opening up lanes for teammates. Without him, perhaps the Spurs will have to resort to isolation scoring and that can hurt their points production so they will need some hero ball. Defensively, the Spurs are doing much better but the Nuggets can be strong on that end on the home floor. The total points range here seems to be 220-230.

Prediction: Can’t emphasize it enough and will say it again, the absence of Murray will not only hurt the offense but the defense also and his ability to get steals and deflections helps the team to run a quick pace on offense will be missed. Jakob Poeltl will have to stall Nikola Jokic and that is no easy task for even the best of the defenders. I think Nikola will continue to dominate and with the Playoffs nearing, the Nuggets will unlock a great game. I see the Nuggets winning this 118:110.