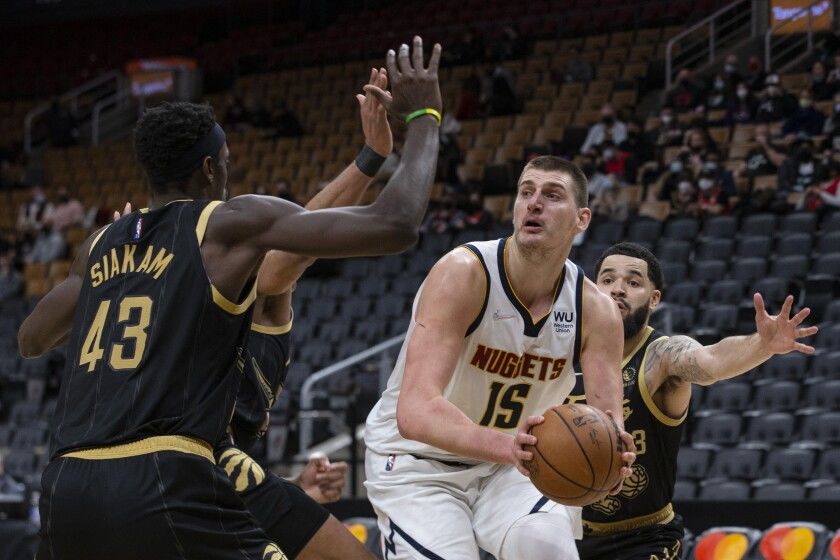 The NBA betting scenario is not that easy. You can see a lot of fortunes overturning and a lot of teams can flip-flop within a day, hit a cold streak, and lost against teams that are way behind them in terms of the record. A lot of dynamics are at play when engaging in this practice, a point here and there can change the prediction, and although bookmakers do a wonderful job of getting the odds to bang on point, there are many occasions where these odds are turned into dust. Keeping that in play, let us dive into the game between the Denver Nuggets and the Toronto Raptors.

The Denver Nuggets lost to the Warriors 102:113 in the last game and that was the first time in four games that they had lost to the team. If we bypass the last game, the Nuggets have taken over most games and have clinched 12 out of their last 15 games. They did get a relaxed schedule in the middle but any win is a big win in the league even if it is against depleted or teams with poor records. They are not far away from both Mavericks and Jazz, the team ahead of them in the rankings. And with Nikola Jokic dominating the opposing frontline on most nights, they can weigh in way more wins from here on. Anyway, coming to this game versus the Raptors, both Aaron Gordon and Will Barton are questionable for the game, and if they don’t play, they will certainly be hurt.

The Raptors have won the last two games and a 117:112 win against the league’s best and Devin Booker-led Phoenix Suns surely is one of their best wins all season long, that too away from home. They have 36 wins and 30 losses and although it’d take some catching up to do to the Cavaliers, a team in the seventh position, there is a decent window left to clinch that spot. There have been two trends I have noticed related to the Raptors, first, if Gary Trent is dropping 30+ or so, the team has won more than 80% of the games and when OG Anunoby has been out, the team has lost more than 60% of their games. However, with all-around players like Barnes, Siakam, and Fred Van Vleet, Toronto can make a huge run down the line.

Major performers and predictions related to them

For the Nuggets, it is of course, Nikola Jokic who has been a major performer with his ability to drop 30+ points, notch 10+ rebounds, and dish around 6-10 assists a game regularly. At Center, Khem Birch doesn’t play many minutes for the Raptors so we can see a ton of double teams from Siakam and others to stall the charge of Nikola. On the other hand, if Barton and Gordon miss out for the Nuggets, the Raptors can eke out a significant edge on the frontline with Siakam and Barnes. Monte Morris has been prolific for the Nuggets as a shooter and playmaker. If Gary has another big night in him then the Nuggets will be in trouble, however, it will be interesting to see how Fred Van Vleet will react after a tough night.

And assuming these players are available, these are my player-based predictions:

Prediction: While the Raptors have been having a bit of trouble against high-scoring teams recently, their team balance looks better in the main five. Both teams have so so bench but I believe Toronto can certainly come up with a strong effort. I see Fred Van Vleet taking control of the game through his scoring while Siakam and Barnes combine for substantial production as well. I believe the Raptors will clinch the second win on the second night or at least keep it close. The prediction is the Raptors’ win with a scoreline of 114:106.