Denver Nuggets vs Utah Jazz: Mitchell, Clarkson, and Conley are superb guards for the Jazz, Nuggets have ace Jokic 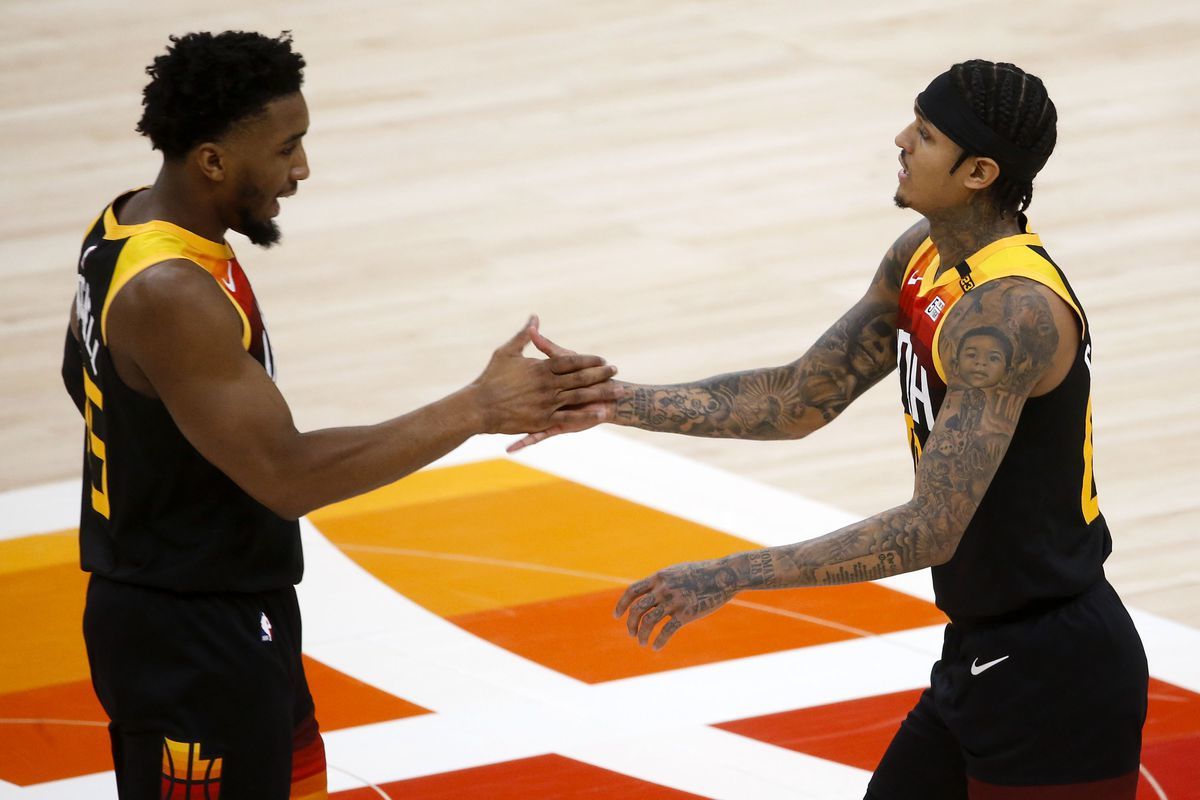 NBA betting is a tumultuous affair and as someone who is engaged with the trade on a daily basis in the capacity of a writer, watching the twists and turns of the league is indeed an intriguing affair. You can lose and win bets over one made shot, over a couple of late missed shots, some free throws, and sometimes the difference is as less as one point on either side, this has happened so much in relation to my suggestions that I have lost count at this point (Just yesterday there were two such instances, I chose Knicks for Over 104.5 points and they scored 104. I chose the Lakers with the handicap of -7.5 and they won by eight points! One loss and one won bet!). Anyway let us jump into another gruelling NBA scenario where the Utah Jazz pay a visit to Nikola Jokic and the Denver Nuggets. Jazz has 27 wins and just 10 losses while the Nuggets have 19 wins and 18 losses, the difference in records can also be attributed to the availability of the main players, an area where Utah was one of the least hit teams until Joe Ingles became the first Jazz player to be inserted into the COVID-19 health & safety protocols. With Rudy Gobert, Bojan Bogdanovic also questionable for their game, the much-heralded Jazz’s depth can be in troublesome waters. Anyway, they face a Nuggets team that is overly dependent upon Nikola Jokic to eke out wins. But if Rudy Gobert ends up missing the game, how will the team deter Jokic? Can the Nuggets win one here? For my result and total prediction, jump to “Expert Betting Tips”.

Jazz’s incredible offensive options, Nuggets’ Jokic can be a handful

Jazz’s incredible guard depth: Utah’s terrific record is surely due to multiple scorers who can dip in 20 or so on a regular basis. Now, even if Bogdanovic(questionable) misses the game, the team can deploy high-quality perimeter shooters in Conley, Mitchell, and Clarkson. While Mitchell is the ace scorer, surpassing the 25 points mark like he is eating his breakfast, Conley and Clarkson can also go past 20 regularly, and Clarkson more so often than Conley. Well, all three players can create shots in isolation situations, having a driving, in-between, shooting, and also more than decent playmaking abilities. There is a huge chance that Jazz continues to extract quality offense even with their 18+ points scorer Bogdanvovic and their paint occupier Rudy Gobert, but yes without Rudy’s screening prowess and inside finishing, perhaps, Royce O’Neale will have to break out of his shell and be more offensive-minded. Still, Jazz can be tough to stop in one-on-one situations if Conley, Mitchell, and Clarkson are good to go here.

Nuggets propelled by Jokic: Nikola Jokic has led the Nuggets from front for many seasons now. He has changed the fortunes of the Franchise through his MVP-type of play. The Center has been always lurking around rebounds, giving his team clearouts and second-chance points. He has a vast scoring arsenal and there are few bigs who can pass like the reigning MVP. Nikola has carried the major burden for the Nuggets and when he went down during the third week of November, the team lost all its four games. Apart from Jokic, Aaron Gordon has turned up his scoring, dipping in 15 or so, meanwhile, Facundo Campazzo has become a more than effective playmaker, Will Barton despite a receding production, a reliable all-around threat, and the Nuggets have been clinical at times with Jokic at the helm. The trouble for the Nuggets is making a deep Playoffs run in the loaded West without defensive ace Michael Porter Jr. but hey, a Jamal Murray return seems to be in works!

Points Range: Suppose Gobert and Bogdanovic end up missing this game for the Jazz. They can have two problems, a lack of paint scoring, screening, and defense in the middle without Gobert and lack of scoring at wing without Bogdanovic. With Whiteside and Azubuike also questionable, Jazz may opt for a shorter lineup in this case or will the team bring Eric Paschall in the mix? Even then if Gay starts hitting some jumpers, they can field a more than decent wing combination of Gay and O’Neale. With the lineup of Clarkson, Conley, Mitchell, O’Neale, Gay, Paschall, Forrest, Butler, I believe the Jazz can eke out 108-114 points. On the other hand, the Nuggets will need to score big if the Jazz figure out their defensive schemes. With Jokic, Gordon, Barton, Campazzo, Hyland, JaMychal Green, Davon Reed, there is a potential for 105 and if Gobert ends up missing the game, Jokic can make hay. My gut says both teams will at least slide past 106. I think the overall points range here is 216-226.

Prediction: Nuggets have been playing some more than decent basketball with their commander Nikola Jokic. On the other hand, Utah has been a solid regular season team for two seasons in a rowO and they can be a handful as long as the guard trio of Conley, Clarkson, and Mitchell is around. Now, if you ask me, I’d not take the Jazz lightly even if Gobert and Bogdanovic end up missing the game. Yes, Ingles is out and gives significant contribution as playmaker, defender, and a glue player, but I believe the Jazz has a lot of depth to overcome even the Jokic-led Nuggets. I believe the Jazz has a 53% chance of winning this game. I think they will take this 115:108 *Fingers crossed*, this is a 62% risky bet if Gobert and Bogdanovic miss the game and just 40% risky if they play(In my humble opinion).