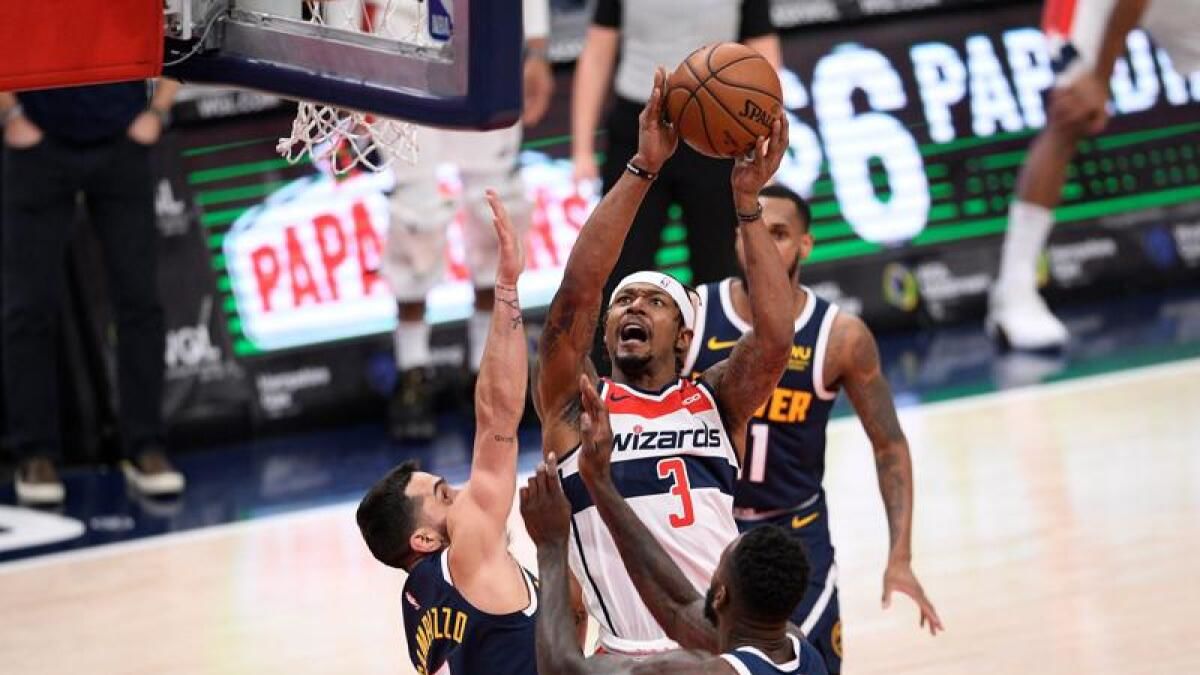 Betting requires a lot of exertion since the outcomes of NBA games can shift from game to game. The betting scenario has to grapple with challenges of injuries, COVID-19, management, and many more factors. Thus, when I talk about this battle between the Denver Nuggets and Washington Wizards, I assume the match-up scenario is based on the availability of the players at home. Still, we can speculate, imagine, and predict how the game may transpire. Here, I contemplate the scenario in the game between Denver Nuggets and Washington Wizards. For the discussion on “Total” and “Prediction”, go to the “Expert Betting Tips”.

Jokic factor: Nikola Jokic is the reigning MVP of the league and this season he has proven his title as he has scrapped out wins out of nowhere playing with an extremely short-handed roster. Jokic has notched 20-35 points, 10-18 rebounds, 8-15 assists a game, and he has also been the backbone of the defense. Jokic is the central nervous system of the Nuggets effort and he has consistently delivered. He is playing without main guard Jamal Murray and the team’s defensive wing in Michael Porter Jr. The team has lost both the offensive and defensive balance without the two. Still, Will Barton, Aaron Gordon, and Monte Morris have kept the fight going for this injury-ridden squad. Nikola inserts fight into this team and he is one of the best leaders during the modern NBA era.

Wizards are not consistent: After mid-November, which means almost a month now, the Washington Wizards have not won more than two games in a row more than once. The last ten games win-loss reads as(with the recent ones first): L W L L L W L W W L. These are not encouraging signs since losing four out of five implies a team is out of sync. Washington has been playing underwhelming basketball this month and they are not even able to take leads during most of their games. Four of their last five losses have been by 12 points or more and that is hardly encouraging. It means the team is failing on both ends of the floor:

Arguably an evenly matched contest: The Nuggets have won three out of their last five but they have not won two games in a row since mid-November and in the midst of it, lost more than 5 games in a row, largely without Nikola Jokic. Thus, if Wizards are inconsistent, then Nuggets have also not displayed a whole lot of consistency. Even match-up wise, the contest can be evened out. Both teams contain up-and-down offensive and defensive players. The Wizards defense that used to keep teams in the 85-100 range during the first half of November has now given 116 or more in four of the last five games. Nuggets which also used to keep teams in similar range can also open floodgates for 110+. Wizards have scored mostly in the 90-105 points range which hardly negotiates the matters while Nuggets can also get cold for under 100 if the defense is tight.

Points Range: With Kyle Kuzma out, someone like Davis Bertans or Deni Advija will have to put the hand up for the Wizards to stuff the scoring column. Washington defense has weakened since early in the season and if you make a quick run, the squad gets overwhelmed. Thus, there can be openings for 110+ points. However, I believe the Wizards will play better on both ends during this game. I think the Points Range here can be 210-225 points here.

Prediction: At home, you’d give the Nuggets a better chance especially if Nikola Jokic is playing. The Wizards will be without Kyle Kuzma in what is already a weakened Forward position. Dinwiddie needs to score more, seriously, he does. While Beal also, I didn’t say his name specifically because he is still at the end of the day, leading the team in scoring. I think both of these players will respond with a resounding effort if they are healthy to play. I predict Washington to steal one, which is a risky bet. The scoreline can be 108:97 here.