Detroit Pistons vs Golden State Warriors: Battle between best and the worst 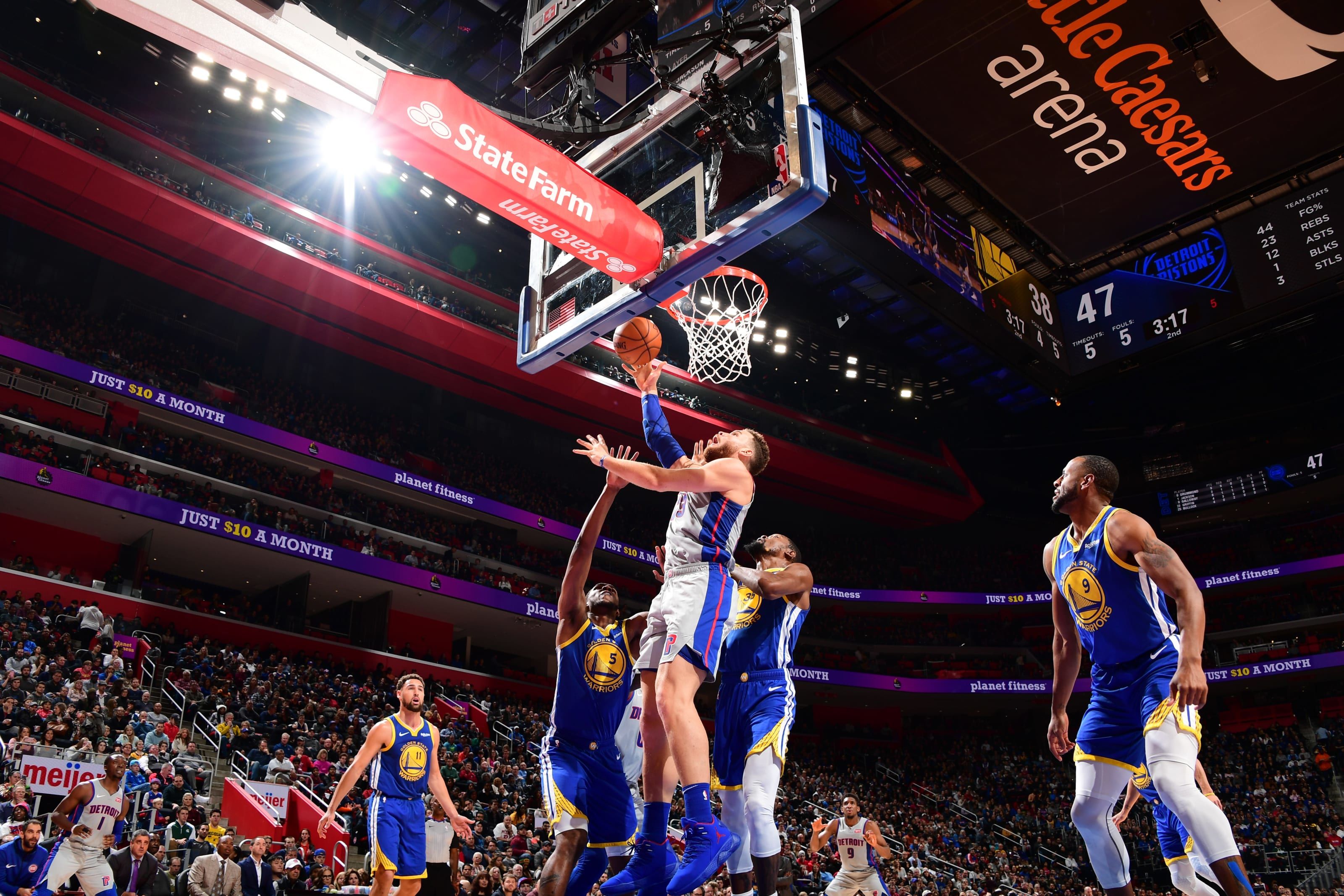 Here, two contrasting teams in the Detroit Pistons and Golden State Warriors will clash against each other. Pistons have lost 10 out of 14 games so far while Warriors have lost only two games out of the 15 and are looking in ominous touch. Warriors may have a cakewalk of a game here. To have a simple overview, head over to the “Notes” section.

You can’t hide: The Warriors are on the top of many offensive and defensive metrics. The offensive efficiency is 110+ plus while the defensive efficiency is around 96, placing them at the top in both categories. Warriors have won a majority of their games with the difference of 12 points or more and are dominating on both ends of the floor. Neither any elite nor lowly teams have stood any chance against them. Golden State’s only losses have been by five or fewer points and their net difference of around 14 points creates daylight with other teams.

Scoring galore: Stephen Curry is averaging around 29 points per game and has breached the 40 points mark three times this month already. Poole and Wiggins are combining for around 35 points on average and with such a formidable PG-SF scoring lineup the Warriors are clicking in all areas. Golden State also has two stellar playmakers in Curry and Draymond Green to keep the engine revving. In terms of defense, Curry and Poole can hold the perimeter while Green and Wiggins are elite defenders at the wing. Meanwhile, Andre Iguodala is also an admirable presence off the bench defensively. All this has been done without Klay and the Warriors doesn’t have a deep scoring bench but once he returns, they will have that too.

Nothing doing: Casey has had a nightmarish tenure with Detroit because the team loses way too much. Pistons have an offensive efficiency of around 97 and have struggled to produce points, scoring only 98 points or so per game, and are at the lowest in that regard. Their shooting percentage has been at 40.8, which is also the league’s worst. Pistons have scored 100 points in the majority of the games. Defensively, teams shoot 48% against them which is again the league’s worst.

A mixed result from youngsters: Jerami Grant produces the most points, averaging around 18 points per game. Apart from him, there is a lack of specialist scorers and although Cade Cunningham and Saddiq Bey are combining for 27 points or so, they have been up-and-down. Sophomore Killian Hayes is averaging around 6 points and shooting just 31% from the floor. The youngsters have a lot of time to develop but there is a lot of work to be done. Isaiah Stewart at Center is a hustle player but has a lot of room to grow.

Although Pistons have won three out of their last five games, they are facing a giant in the Warriors. Warriors have Pistons at almost all positions and can deploy too many offensive sets against a team that has struggled defensively. Here, the Warriors will have a clear edge while the Pistons are struggling to make ends meet.