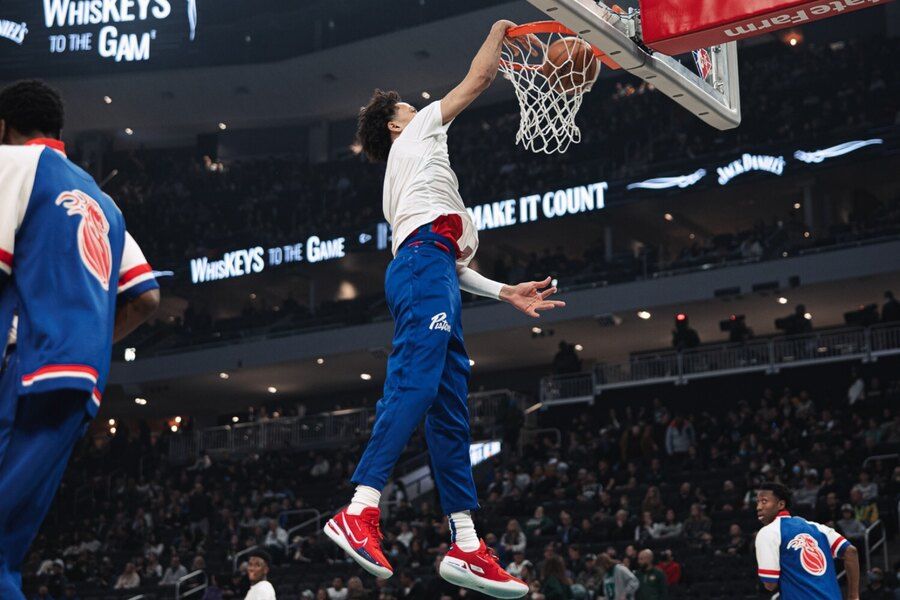 Hello, NBA lovers, how has the season treated you and surely, there are just a few days left till the Regular Season wraps up. In a couple of weeks, ten teams will have their season done and past that, the Play-in tournament will deal a knockout blow to two more teams. And at that stage, the number of active teams only keeps dwindling. And there are teams that still remain in the Play-in play but for a handful of teams, even that contention window has closed. And one of those teams in lottery-bound Detroit Pistons will host an inconsistent squad in the New York Knicks.

Some promise from the Pistons

Although the Pistons have been one of the bottom feeders throughout the season, that performance was to be expected from a squad largely made up of rookies, sophomores, and non-star players. However, in terms of player development, there have been some promising signs. Cade Cunningham has shown the ability to become an all-around player and his scoring has become more efficient and consistent these days. On the other hand, Saddiq Bey has been continuing his shooting woes but he can still become an effective two-way wing.

Isaiah Stewart has had a strong rebounding and defensive season while Marvin Bagley III has been a terrific rim-runner for the team ever since he was acquired in a trade. Killian Hayes has not been a viable scorer but his playmaking, rebounding, and defensive skills can make him an effective option. All in all, the Pistons will be looking hard at the young talent during the next draft.

Knicks’ season has been a travesty

Although the Randle-less Knicks showed some exciting play with the major rotations of Barrett, Burks, Fournier, Sims, Toppin, Quickley, Robinson, Grimes, McBride, and Gibson. They beat the Knicks in an unexpected fashion through a late run, something they have missed earlier. I saw some Knicks fans argue that Julius Randle stalls the ball movement and can take too much time setting up a play but for me, that hasn’t been a major issue. The major issue seems to be the iffy shot selection from all the major Knicks scorers at times, look at Barrett, he is having a sensational scoring season but can shoot below 33% many times.

Quickley for all his lovely hops and sharpshooting ways has also been inefficient and although he and Burks both have shot better, their percentages have been down for most parts. So, how can this problem be addressed? I believe the Knicks need a Point Guard who can plugin 10-15 points a game on high shooting while dishing 6-8 assists on a regular basis. That may be the agenda for the offseason, or will the management blow it all up by trading Randle and building around Barrett? Let us see.

Points Range: Both these teams have shown a penchant for low-scoring games throughout the season. The Pistons can have trouble accumulating points without Jerami Grant and it was evident in the last game. Therefore, they will need Saddiq Bey to click, a wing that has been rather inconsistent throughout the season but can rise for big nights every now and then. On the other hand, the Knicks' offense tends to get ice-cold and despite breaking in a win versus the Heat after a superb fourth quarter, they have a lot of issues when it comes to running their offense. Julius’ status is up in the air but it isn’t like that the team has been phenomenal with him on the offensive end. The Pistons' defense has tested even elite offenses and can pose a ton of troubles here. The Knicks are not a below-average defensive team either and on the road, they have shown the will to be strong on that end. I see a low-scorer here and the points range in 200-210.

Prediction: Not having Jerami Grant will hurt the Pistons and they can be hurt on both ends of the floor. The Knicks may not be the most efficient team but they have beaten the Heat and the Hornets in the last two games, both squads bound for the Postseason. Their play has been impressive lately but this has been a rare state of the season for them and often when they get going, they have that one disappointing loss that derails them further. However, I give advantage to the Knicks since Grant is out for Detroit and I see them winning this one 108:100.