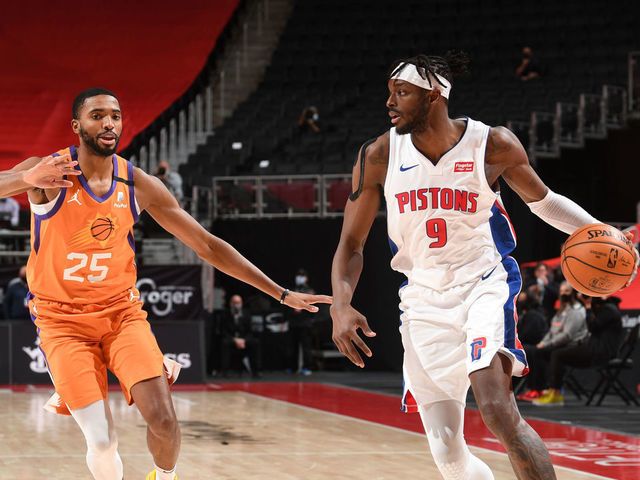 In this cross-conference match-up, the Phoenix Suns will host the Detroit Pistons. The Suns are on a 17-game win streak and are the most in-form squad right now. Meanwhile, the Pistons are on a seven-game losing streak and that has been the theme throughout the season. These are really two different teams. For a quick look, simply head over to “Notes”.

Points average: There can’t be two more different offensive units. Pistons average under 100 points, shooting 41% or so from the field while Suns are averaging around 111 and are making around 48% of their shots. The Suns have scored 110-120 regularly while Pistons have folded under 100 in most of their games. The contrast is clear in this case.

Personnel differences: Even with Booker out, Paul, Bridges, and Ayton can gang up for around 60 points regularly while Crowder, Shamet, Johnson, Payne, and McGee can combine for 50 or so. It means generating 110 points or so even without Paul should not be out of the reach considering the team depth. The case for Pistons is different, yeah Cade scored 26 in the last game but it is Jerami Grant who is the most consistent 20-25 points scorer. Saddiq Bey has been highly inconsistent going for as low as 6-10 points sometimes, Killian Hayes is not a high-scorer while the bench doesn’t offer many options. Where can Detroit find some offense?

Points allowed per game: Suns are giving away around 104 points a game and are the only team to hold the high-scoring Warriors under 100 this season. The team has kept it tight recently, allowing just 97-107 points and using their pesky nature to hound opponents. The Pistons on the other hand are not as good as the Suns on the defensive end but they are improving. Earlier, they were giving away 115 or so too much but recently, they have limited it to 107-110.

How will the two match-up?: One thing is clear, the Pistons don’t have anyone as experienced as CP-3, most of their players are first or second-year aspirants and thus, a coordinated game by Suns allows them no chance. The Suns can keep a tab on the defensive end well and with the length of Bridges, Crowder, and Ayton close out both the inside and outside. Can Pistons improve on both ends? They need something special.

Points Range: Season average when combined gives us 211 or so points in total. But then, it is not as simple as that, dynamics shift during every game. However, with Pistons struggling like they are, one end for scoring could run dry. Suns are high-scoring and even without Devin, they can get to the 108-115 points mark. I think this will be in the 210-220 range.

Prediction: At home, on a 17-game win-streak against a slumping team, of course, the bookmakers will believe in the Suns to take this. Anything can happen in the NBA but honestly, it is tough to see how the Pistons will break through here with the way the Suns are playing. Can they? I predict 116:101 in favor of the Suns.