Detroit Pistons vs Utah Jazz: Jazz’s defense needs to improve, Detroit has been a “little” better 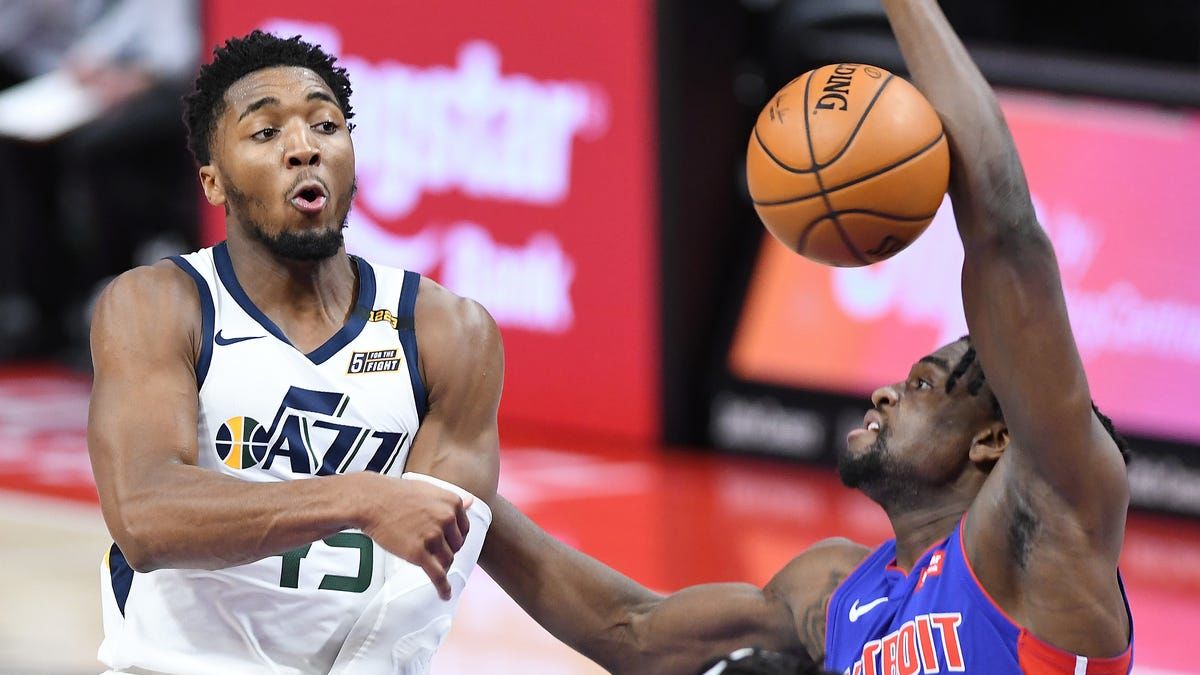 Hello, dear readers, how has it been going for you in the betting world? Surely, some days can be tough, it happens with my suggestions too, sometimes all of my suggestions land, sometimes all of them fail, and sometimes it is half and half affair. If my suggestions were an NBA team, it'd be something like Wizards/Timberwolves/Clippers, sitting in the Play-in tournament but not quite elite. Still, I’d roll out predictions and analysis till I am given a chance. And here I am, presenting my thoughts about the game between the Detroit Pistons and the Utah Jazz. Pistons have had one of the worst records(8-30) all season long but have played their best basketball during the last couple of weeks. On the other hand, Jazz has more than twice more wins than losses(28-12) but playing without Rudy Gobert can hurt their defense big time. The Jazz has been phenomenal on the offensive end but their defense hasn’t been as clinical as last season. Can they fix it before the Playoffs kick in and the elite teams elevate their games furter? Can they first win this game against the Pistons who have shown some resolution lately? To know my total and result prediction, jump to “Expert Betting Tips”.

Jazz has elite offense, not-so-elite defense: Jazz has a top-level offense, a mix of three high-quality isolation threats in Conley, Mitchell, and Clarkson, a top level shooter in Bogdanovic, an opportunistic scorer in Royce O’Neale, and overall, the team can employ a lot of variations on offense, as there are multiple playmakers too. The issue hasn’t been offense at all for the team, it is the defensive end. The team hasn’t been alert on help defense situations and I find it amusing that Rudy Gobert has gotten a lot of flak for being a so-so perimeter defender but hey, when his match-up is open, he doesn’t get a lot of help. Overall, the Jazz team hasn’t showcased the required defensive discipline to compete against the likes of Warriors and Suns. Can the team become more disciplined on that end to prepare for the Playoffs?

Pistons form: Detroit has won three out of the last five games, and that is something that has happened for the first time all season long. One of those wins has been against the defending champs Bucks that had Giannis, Middleton, Holiday and Portis. The Pistons during their wins have found different actors step up their game in Bey and Diallo. Detroit has had some issues, well, of course a team that has four times more losses than wins surely must have some problems but it is fine their youngsters have grown and Cade Cunningham despite his recurring shooting slump, has shown a promise as a rebounder and passer. Isaiah Stewart has been solid on defense and rebounding, and someone who I think the Franchise can develop into a Jarrett Allen type of player in the long-run. Pistons are a work-in-progress and their record doesn’t bring much surprise.

Points Range: If Jazz is healthier and has the lineup of Conley, Mitchell, Bogdanovic, O’Neale, Clarkson, and Whiteside, the team will have enough playmakers, shooters, and all-around players to field a more than substantial offensive attack. Surely, not having Gobert, Ingles, and Gay hurts the team depth, and with Gobert’s absence, paint scoring and second-chance points also disappear, but, hey, you have your chances against a so-so Detroit defense that has shown major struggles keeping teams down below 110 or so. I believe the above Jazz lineup can go past at least 112 here. For the Pistons, I think the offensive side has been so inconsistent that it is hard to tell what they bring to the stage. I think against a weak Jazz defense and minus Gobert, players like Cunningham, Bey, Lyles, and Stewart can have more open lanes to operate but the Pistons also miss wide open shots, which has been a big issue all season long. I think they will find a way to get past 102 at least. I believe the total points range here is 214-224.

Prediction: If Mitchell, Conley, Bogdanovic, O’Neale, Clarkson, and Whiteside play, I’d give the Jazz an edge here despite losing poorly to a struggling Indiana team. I think the Pistons will have a hard time controlling the dribble penetration of Mitchell and Clarkson, and I will not be surprised if even O’Neale who hasn’t scored above 10 usually, can get in double-digits here. On the other hand, it is time rookie Cade comes up with a big night, see I am not saying he is not going to develop into a special player but these are the games where you build quality habits. Saddiq Bey also needs to step in more often and yes, he has been much better than November or so but still, he can improve further. Stewart needs to get just a bit more offensive minded, if this team had a stellar scoring lineup, I wouldn’t say that but the Pistons need to find scoring from wherever they can. I think Jazz will win this one 117:104.