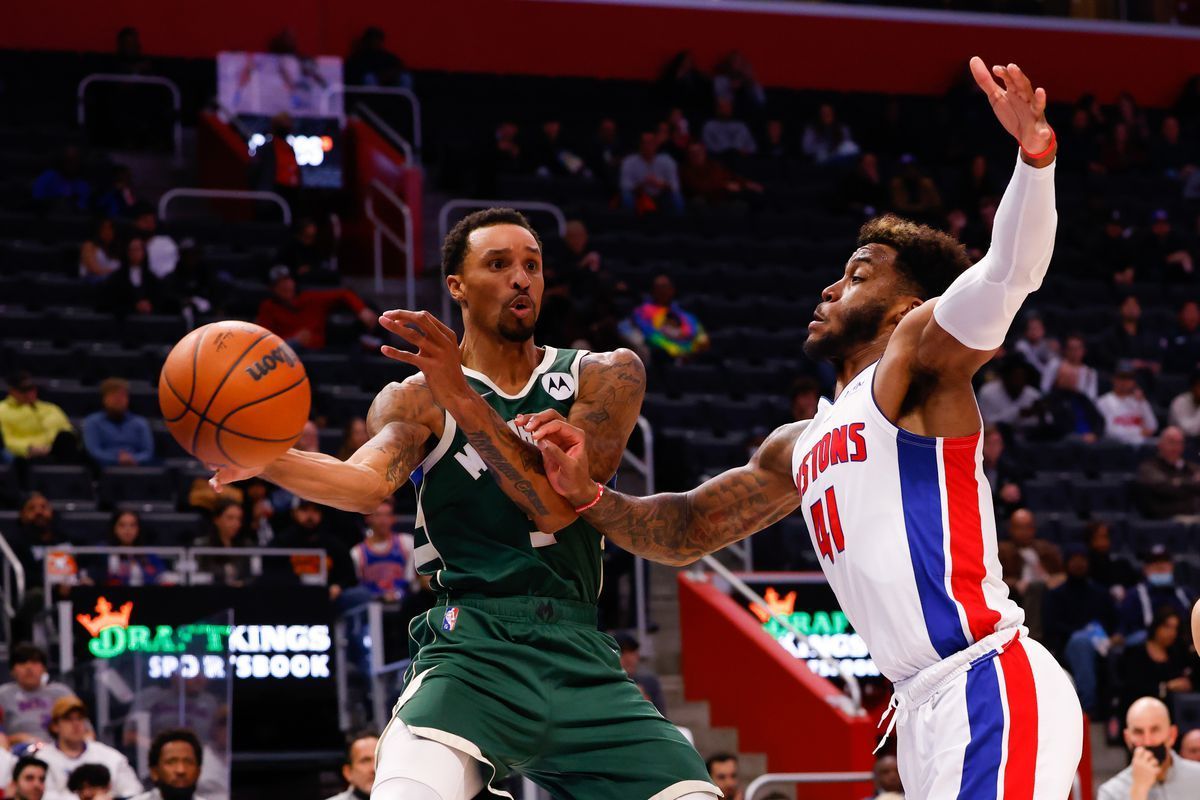 Detroit have only been able to beat Milwaukee once in the last four years, and it happened this season on the road. Will one of the East's outsiders be able to repeat its success at home?

The Pistons will likely finish the season in the penultimate place in the Eastern Conference. They will not pass Orlando, and Indiana is 2 wins away from the end of the regular season. Nevertheless, Detroit have been on a meteoric spurt of late, with 3 wins in 4 games. This is despite the fact that Jerami Grant, Marvin Bagley, Hamidou Diallo and Cory Joseph are all out with a total of just 8 minutes played in 2 of the 4 meetings. Saddiq Bey also put in a few impressive performances near the end of the regular season, while Killian Hayes has been steadily improving.

Cade Cunningham's 25 points and 9 assists did not help Detroit beat Dallas in their last game - 113-1131 in favor of the Mavericks. Dwane Casey's team didn't do too badly from beyond the arc, with Isaiah Stewart suddenly becoming their best shooter with 3 long-range shots. Poor defence ruined the effort.

The Bucks won 6 of their last 9 regular season games, moving into 2nd place in the Eastern Conference. One of the key wins was a 127-121 victory over Boston in the last game. Right now Milwaukee are trying to solidify their roster for the playoffs, and the club recently signed Luca Vildoza. One of the reasons for that is probably the injury to Grayson Allen, though it's possible he'll be ready for the postseason. Giannis Antetokounmpo about the 2nd half of the season made a solid bid for the regular season MVP title, also worth noting is the very effective offensive play from Jrue Holiday.

Pistons approach the next match in excellent form, and it is at home one of the outsiders of the East is especially dangerous. Detroit defeated such teams as Philadelphia, Utah, Toronto, Cleveland and San Antonio in the home stretch, so the chances to pull off another upset are quite high. It's entirely possible that Milwaukee will rest some of its leaders. There's no need to take unnecessary risks before the playoffs. The defeat for the Bucks in their last encounter also favours the home team, so I suggest to bet on the following outcomes: