Detroit vs Portland: the Blazers are Too Weak 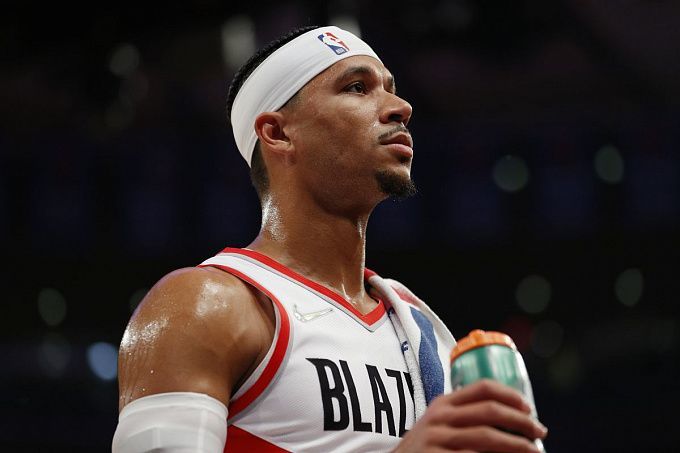 Detroit and Portland are finishing the season under the motto "The worse, the better. The Blazers' chances of making the playoffs are minimal. The Pistons are among the outsiders in the East. Who will win in their head-to-head matchup?

Detroit is fighting hard against Orlando for the Eastern Conference bottom, and five losses in last six games have helped the team tremendously. The Pistons and the Magic now have the same number of wins. The club continues to work on its young roster. Saddiq Bey, who joined them with a crazy performance in the game against Orlando, scored 51 points and made 10 three-pointers, was the most impressive. Marvin Bagley might also come to life for a sinking team, averaging 14.1 points on 53.8% shooting from the field in the past 2 weeks. Cade Cunningham recently returned to form after an illness. Killian Hayes' injury woes are approaching the 33 mark: his participation is questionable. Kelly Olynyk and Cory Joseph may not play either. Jerami Grant and Hamidou Diallo certainly won't be on the floor.

Grant played against Cleveland, but his 40 points did not help Detroit win, 109:131. Thanks to seven Jerami three-pointers, the Pistons shot well from beyond the arc, but the help still wasn't enough. Only three Detroit players scored more than 10 points, including Cunningham who made just 5 of 13 shots. Cade added 10 assists to his 15 points and somehow made up for the missed shots.

Since Damian Lillard's injury, Portland has traded away a few key players. The club will try to build a new team around its biggest star. Anfernee Simons and Josh Hart should play a very important role in the future. Simons isn't playing yet due to injury. Hart in his absence has become Portland's 1st option on offense. Trendon Watford, Brandon Williams, Justice Winslow, and Drew Eubanks with some nice stats in certain games. Nassir Little, Joe Ingles, Eric Bledsoe, and Jusuf Nurkic are injured, Winslow's participation is questionable.

The Blazers have lost 10 of their 11 games, being 12th in the Western Conference. They are four wins behind the top 10. Last game, Chauncey Billups' team capitulated to a weakened Indiana, 98:129. Four Portland players shot over 50%: Hart, Watford, Eubanks, Chris Dunne had a decent game with 11 points and 9 assists.

The Blazers are one of the weakest teams in the league right now. Portland's leaders played offensively against Indiana, which cannot defend in the paint without Myles Turner. In the end Chauncey Billups' team generated only 98 points. If Hart or Watford fails, the visiting will have an even harder time. Detroit will play without Grant, but there's also Cunningham and Bey. The Pistons are coming off a three-game winning streak. Even though they have been down just a little bit in their most recent losses.