Golden State vs Boston Prediction: the Warriors to Finish Off the Celtics on the Home Floor 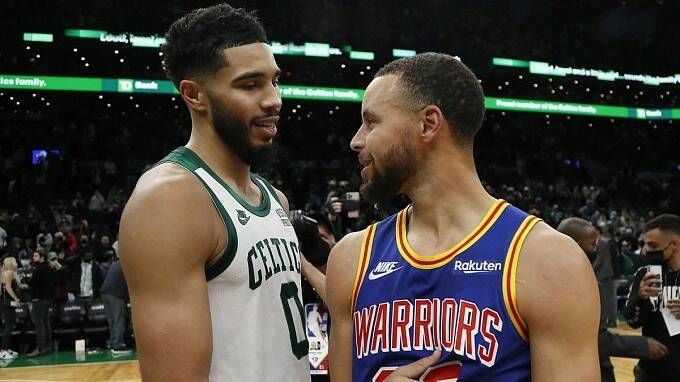 Golden State did not make a fatal mistake and still beat Boston at TD Garden in Game 4 of the Finals. The Warriors regained their favorite status and now lead in the home game. Let's pick a few bets on the fifth game of the NBA Finals for the 2021/22 season.

After three games, the series score was 2:1 in favor of Boston. So, if Golden State had lost the fourth game, they would have had only a slim chance at the title. Fortunately, there was no collapse. Steve Kerr's team won the fourth quarter for the first time in the series and was leading - 107:97. Golden State are the favorites to win the final again!

The main hero of the fourth game was Steph Curry. The Warriors' leader injured his ankle in Game 3. The injury wasn't serious, however. Steph was in the starting lineup as usual and earned 43 points leaving no chance for the opponent to succeed. Klay Thompson got 18 points and Andrew Wiggins had 17 points and 16 rebounds.

The Celtics faced Miami in the East Finals and, while controlling the entire series and Game 7, nearly gave the Heat a ticket to the Grand Final at the end. They did not take advantage of their opponent's negligence at the crucial moments. Golden State, on turn, doesn't forgive that kind of thing. In the fourth game of the final series that could have brought Boston within one step from the title. Ime Udoka's team - being ahead by 5 points in the middle of the final quarter - gave the opponent the lead and lost. Boston played the majority of the game better and more interesting than Golden State.

Boston's big trio of Brown, Tatum, and Smart gained 62 points in Game 4. Unfortunately for the Celtics, the other players did not support their leaders, with the rest of the roster scoring only 37 points.

Only great teams win the finals if they don't play well. In Game 4, Golden State proved that they are that team today. Ime Udoka's Celtics were better for most of the game, but Steve Kerr and Steph Curry still won. The Warriors achieved a psychologically important success, and now in the home arena, they will surely finish off Boston. Prediction: Golden State wins.