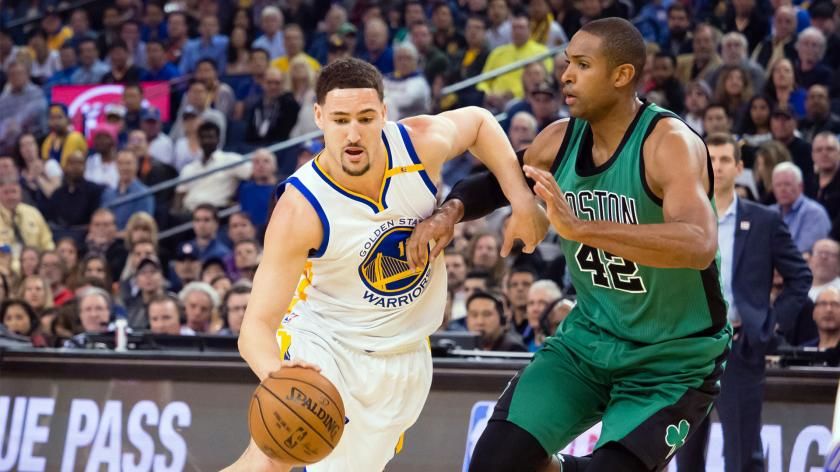 The NBA is heading towards the Playoffs territory and this is a crucial window for teams that are looking to make a deep postseason run. There is no doubt that the game-winning streaks will become huge for some teams especially those that are looking to sneak into the Play-in tournament contention because, at this point, too many losses will set them back. For the teams at the top, it is an intense race to ensure they have the home-court advantage for a long time. The elite squads know when to pump up the heat and that is what the Golden State Warriors and Boston Celtics that will meet here have done all season long.

The Warriors have been fielding a three-guard lineup with Curry, Poole, and Thompson. Stephen Curry is of course the major purveyor of the bulk of offense and of course, his sharpshooting ways have been huge for the team. Poole can sink in a bunch of shots too and his offense has picked up recently. Meanwhile, Thompson is another major scorer who benefits from playing alongside Curry and vice-versa. Now, what will help the case of all these scorers, the presence of Draymond Green! The Power Forward is known for his rugged screens, high-quality playmaking, and when he is around, the Warriors offense gets more quality looks, able to draw quality possessions in both fastbreak and half-court settings.

With Wiggins(Questionable for the game) at the wing, the scoring supply continues as he is another isolation specialist and of course, he will also benefit from playing alongside Green. In the middle, Kevon Looney’s load on the rebounding and defense will be eased with Green’s return. The frontline will also showcase more depth with Otto Porter Jr., Jonathan Kuminga, and Nemanja Bjelica, all bringing versatile skillsets and two-way prowess. The Warriors' current roster looks deep as it gets and with this set of players, they can surely mount a big run in the coming period. How will they respond to the rise of the Grizzlies and the Suns in the Playoffs, seizing the second spot is still a big ask despite the return of Green?

The Celtics have been the best defensive unit since February. They have been able to shut off passing lanes, they can defend the paint well, and they have also given opposition hiccups through their amazing defensive squad. Smart, Brown, Tatum, Horford, and Williams are all great position defenders while they can all switch and play a physical brand of basketball as well. Williams has been one of the best defenders inside and his shot-blocking abilities coupled with the athleticism at the perimeter have been the decisive factor for the team. Then you have Derrick White coming off the bench, a guard who can also hold his own on the defensive setting.

Offensively, Tatum has been the major isolation scorer and his ability to go for big scoring nights has been a huge factor throughout the season. Marcus Smart supplies quality playmaking, above-average scoring, and his tandem with Jaylen Brown in the backcourt make up for a lot of offensive possessions. Brown’s scoring numbers are down but he is still a dynamic scorer in more ways than one can count. Horford has picked up his scoring while he also brings great passing, screening action, and rebounding to the floor. Williams can clean up the glass on the offensive end while also injecting energy with his dunks.

Points Range: The Celtics defense is bound to test the Warriors but do remember that the Warriors are on fire at their home floor and can give even elite defensive squads trouble. I believe the guard trio of Curry, Thompson, and Poole will be switched on here and apart from that, the defense of the Warriors will be bolstered with Green’s return. I see a grueling battle overall. I believe the total points range is 210-220.

Prediction: The Celtics defense can slow down the pace of the offense and also limit shot opportunities. The Warriors looked aggressive on the offensive end with Green’s return and he certainly helps in generating more open looks than they did without him. The Warriors' defense will test the sometimes flailing offense of the Celtics as they have the tendency to go for iso-heavy style at times. However, I see both teams beginning on a fluid mode but struggling in the last quarter. I believe the Warriors will ultimately spin out a 110:106 win here.