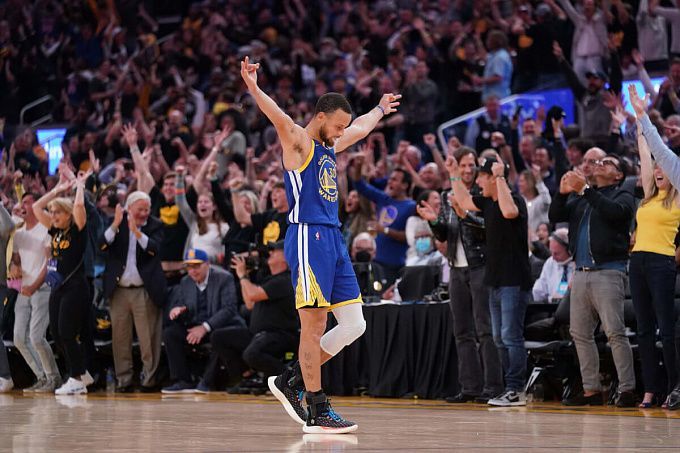 Golden State beat Dallas in the first game of the Western Conference Finals. Will the Mavs be able to take revenge in the second game? Let's pick a few options to bet on at once.

Golden State have no problems at all so far

Golden State's convincing victory in the first game of the series with Dallas (112-87) did not come as a surprise. Steve Kerr's team also made the first two rounds of the 2022 playoffs without any problems, first beating Denver in five games and then beating Memphis in six. It' s hard to believe that the Warriors will have a tougher time against Dallas. Only a miracle could help the Mavs reach Game 7.

Seven players on the Warriors' roster scored ten or more points in the first game of the West Finals series. No hypothetical three Dallas players have as many offensive options.

Making the conference finals is a huge success for Luka Doncic and company in their first season under Jason Kidd. The series with Golden State is essentially the first truly serious test for Doncic in the NBA and for Kidd as a coach. If they screw it up, not even one bad word can be said about the Mavericks.

In the first game of the Finals, Dallas's offensive game didn't work. After scoring 20 points, Luka Doncic dished out only four assists. And the team as a whole recorded only 12 assists. With such an offense, the Mavs will find it difficult to win even one game against the Warriors.

The series score is 1-0 in favor of Golden State.

It is hard to imagine that after defeating their opponent by 25 points in the first game, Golden State will give up home-court advantage in the second game. The key games for Dallas will be Game 3 and Game 4 when they play at home. Right now, if the Mavs go home 0-2, it won't be a surprise. However, Doncic and his team will have to play better offense than they did in game one.

Prediction: victory for Golden State, this time in a high-scoring game.

Denver Nuggets vs New Orleans Pelicans Prediction: The Nuggets are the obvious favorites