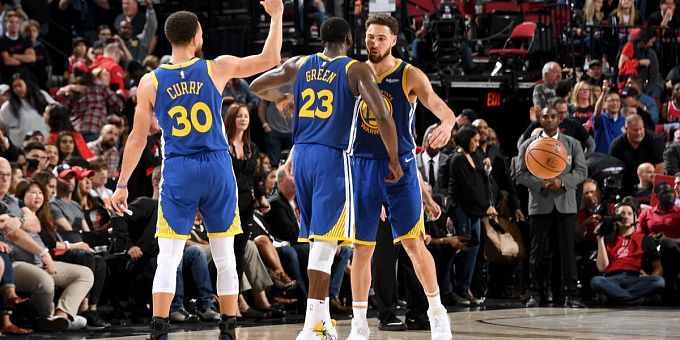 Golden State expectedly lost game 4 of the West Finals series in Dallas and will now close out the confrontation in game five at home. Will there be no sensation? Let's pick a few options to bet on at once.

After Golden State led 3-0 after Game 3 of the Western Conference Finals, it was clear that a loss for the Warriors in Game 4 was very likely. And so it turned out. Steve Kerr's team gave the Mavericks the win and would close out the series in front of their fans at the Chase Center.

109-119 was the final score of game four. By the end of the third quarter the Warriors were trailing by 29 points, but they rebounded 19 of them in the fourth quarter. Steph Curry was the most productive player for Golden State with 20 points. Jonathan Kuminga had 17 points off the bench.

The fourth quarter of Game 4 proved once again the current disparity in class between the Warriors and Mavericks. After leading by nearly 30 points in the final 12 minutes, Dallas trailed by nearly 20-39. Fortunately for Jason Kidd's team, Golden State wasn't nearly as motivated and didn't pull off the comeback.

In Game 4, Luka Doncic, as always in these playoffs, showed brilliant playmaking with 30 points, 14 rebounds and 9 assists. The Slovene has made great progress in his game and the Mavs, with Doncic at the helm, could be a real force in the West as soon as next season. One of them might be able to stop Golden State.

The score in the series is 3-1 in favor of Golden State.

The difference in class between the opponents is still very big. This was proved once again in the fourth quarter of the previous game. It's too early for Doncic and Coach Kidd to beat Golden State, the undisputed best team of the last decade in all of American sports.

Prediction: Golden State will win and reach their sixth big finals in the last eight years.