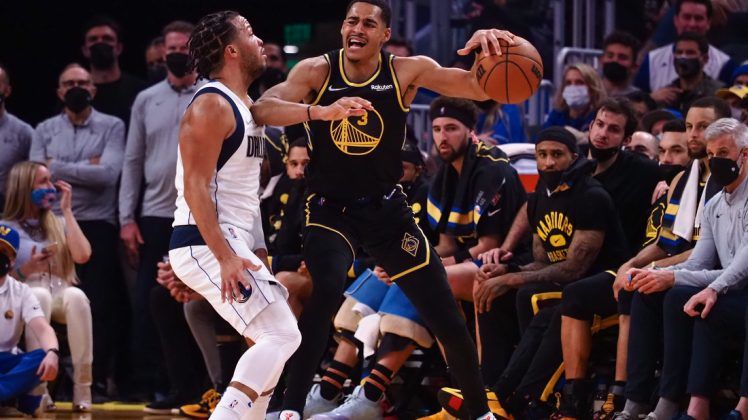 NBA betting is a tricky affair and with each day, you get a sense that the push towards the Playoffs will see some teams elevate their games and even the squads that are lingering towards the 9-12 rankings can make a firm push towards the Play-in window. And that is why I strongly believe we will see a desperate push from a lot of squads as the intensity will only increase with the playoffs knocking at the doorsteps. The Playoffs are usually high intensity and this type of intensity can bring the best game out of many players. Considering that, let us jump into this high-intensity battle between the Golden State Warriors and the Dallas Mavericks.

The Warriors have the second-best record in the league and have compiled 43 wins and 17 losses, looking to make huge inroads with the Grizzlies right behind them. They have maintained an elite record throughout and despite some occasional hiccups with Draymond Green out for a long spell, they have continued to be a formidable squad. Talking about formidable squads, the Luka Doncic-led Dallas Mavericks are surely one of the squads that can make a lot of noise in the Playoffs and can make a big push as the Playoffs hover around them. They have 35 wins and 25 losses, a record tied with a rising Nuggets squad. They have won two out of the last three games but lost a close one to Jazz in their last battle. Can they scrap out a win against an elite Warriors team here? To know my game total and result prediction, go to “Expert Betting Tips”. For my player-based statistics prediction, slide over to “Player Performance Prediction”.

Warriors are a title favorite

The Golden State Warriors have built a winning culture for around a decade now and with their experienced core that has played a bunch of years together in the same outfit, you know they have all the making of a title squad. With Curry at the helm, they get quality shooting and with him backcourt duties are shared by sharpshooter Klay Thompson and reliable bench guard Jordan Poole. Wing Andrew Wiggins has been highly impressive once again while rookie Jonathan Kuminga has been a bright spot all season long with his slashing abilities and the knack for finishing at the rim. Green will take another couple of weeks to return but the incredible depth of the Warriors can still make a lopt of noise by the time he returns.

Mavericks and their incredible defense

The Mavericks have placed a lot of emphasis on building an elite defense all season long and their ability to limit opposition’s scoring has enabled them to garner 10 more wins than losses. With a scorer like Luka Doncic, they have extracted many close wins and he is also a brilliant rebounder and playmaker. Jalen Brunson as the second Point Guard has showcased tremendous growth while the Power Forward duo of Maxi Kleber and Dorian Finney-Smith has been tough defensively. Reggie Bullock has given much-needed three-point shooting while Dwight Powell has been a solid Center too. Meanwhile, Spencer Dinwiddie and Davis Bertans have improved the bench and if this unit meshes from here on, then they can give even elite teams a run for their money. Can the Mavs get some separation from the Nuggets?

Points Range: Both teams have built a defensive identity but the Warriors’ defense has been rather slimmed down ever since Draymond Green has been out of the fray. Meanwhile, the Mavs frontline has kept the defense tight for most of the season but with shooters like Curry, Poole, Wiggins, and Thompson(Questionable here), the Warriors can roll in some deep shooting. On the other hand, the Mavericks can be vulnerable if Luka Doncic is shut down but yes, their guard position has gained more depth with Spencer Dinwiddie and more shooting with Devas Bertans in the fray. On their home floor, I still see the Warriors taking care of business on the offensive end and scoring at least 108 while Mavericks hover around the same range. I see the total points range in 220-230.

Prediction: This can be an intense game considering how both teams have some highly-talented and brilliant players. The key match-up seems to be at one guard between Luka Doncic and Stephen Curry, both players capable of taking over the game. The Warriors will have to put up a more than decent offensive showing against the tough Mavs frontline while the Warriors defense knows when to step it up. I see a close game here but the Warriors ultimately winning this 114:109.