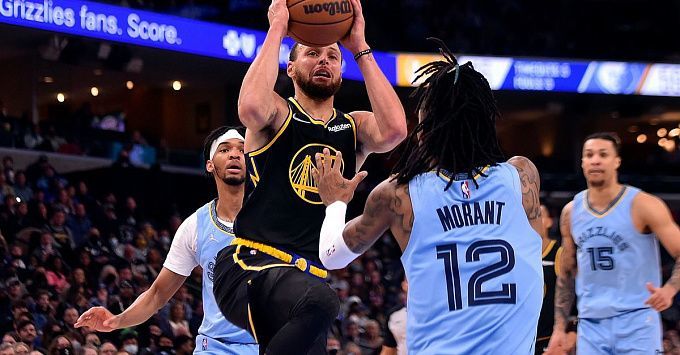 Golden State took the series lead on home court against Memphis, and now they have a chance to build on that success and get as close as possible to making the Western Conference Finals. The Grizzlies don't have much of a chance.

The Warriors have eight wins in their last 10 games and so far the Warriors' road to the Western Finals has not looked particularly thorny. Jordan Poole is becoming a full-fledged NBA star, averaging 22.9 points and 46.2 percent three-point shooting in the playoffs. When Steph Curry and Klay Thompson are flying, Golden State's offense is unstoppable, but their defense is a bit of a problem. Steve Kerr had Gary Payton in the starting five to make the mistakes of Thompson and Curry less noticeable, but Payton was injured the day before and is out for nearly a month. Andre Iguodala is also on the sideline, while James Wiseman has never been on the floor this season.

Golden State had a poor start against Memphis but eventually recovered to a 142-112 win. Newcomer Jonathan Kuminga joined the Warriors' starting five and for a time the team lacked consistency on offense. Eventually, the Warriors got their offense going and started moving the ball around, creating big scoring chances. Curry, Poole, and Thompson certainly played a key role on offense, but the role players should not be overlooked. Otto Porter made several key three-pointers and Kuminga made 8 of 10 shots from the field.

The Grizzlies were in a difficult spot in Game 3 against Golden State, and it wasn't just the blowout loss that was troubling. Ja Morant suffered a knee injury and had to leave the floor, and his participation is now questionable. Dillon Brooks, who served his suspension, returns to the Memphis lineup and Steven Adams is out of COVID protocol. The New Zealand center, however, fell out of the rotation after losing the competition to Xavier Tillman, so there is not much to gain from his return.

Memphis's playoff games are often productive, though the team tries very hard on defense and even leads the playoffs in average steals. Taylor Jenkins' team took their opponent by surprise early in their recent game against Golden State and threw five interceptions in the first quarter. Almost everything was on the board for the Grizzlies, including Morant's shot from midcourt. The game fell apart in the 2nd half, and only Morant tried to keep the momentum going. Ja led all scorers with 34 points, while Desmond Bane and Jaren Jackson, Jr. were the only good scorers from beyond the arc. De'Anthony Melton failed to score a lot of open three-pointers and made some stupid turnovers in key points of the game.

Memphis has six wins in its last 10 face-offs with Golden State. The Grizzlies lost their road game the night before last with a 104-131 score, while Andrew Wiggins, Klay Thompson and Jordan Poole did not play for the Warriors.

A devastating loss to Golden State could have soured Memphis, and the Grizzlies players' faces looked doomed at the end. Even good luck in the first half did not help the Grizzlies avoid humiliation in the end. Much will depend on Morant's presence, but he will likely be in poor form due to injury. The main playmaker not at his best was not a hindrance in the series with Minnesota, but the current opponent is much more serious. I suggest betting on the following outcomes:

05 Dec 2022 13:02 New Coinplay Members Bet on World Cup with up to 5000 USDT as Welcome Bonus. Let's Check What's Inside!
This website uses cookies
This provides customers with a personalized experience and increases the efficiency of visiting the site, allowing us to provide the most efficient service. By using the website and accepting the terms of the policy, you consent to the use of cookies in accordance with the terms of this policy.
Settings
Feed
Customize