Golden State Warriors vs Memphis Grizzlies: Season is over for Grizzlies 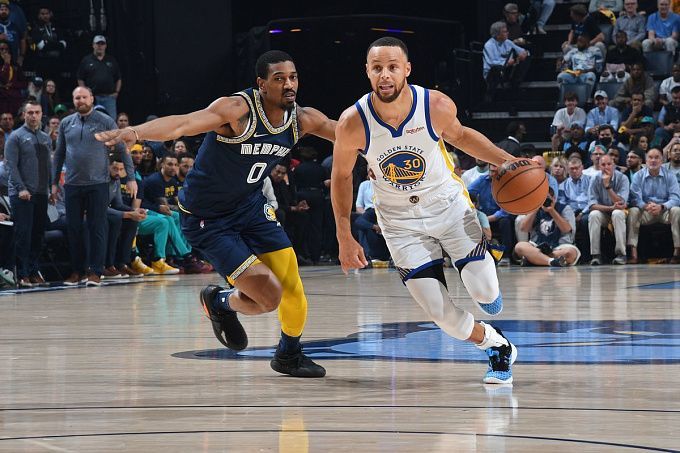 Golden State unexpectedly stalled in their series with Memphis when they lost their leader, and now the Warriors will try to decide the outcome on home court. Can the Warriors pull it off this time?

The Warriors are averaging 114.6 points in the playoffs, the best of any team in the postseason. Golden State has always been known for the combination play, and not surprisingly, they also lead in average assists (28.2). Four Warriors are averaging more than 17 points per game in the playoffs: in addition to Steph Curry and Klay Thompson, Andrew Wiggins and Jordan Poole are among the top scorers. Last game, only Klay made at least 50% of his shots from the field and the Warriors lost by a score of 95-134. Defense continues to be a big problem for Golden State as the absence of Andre Iguodala and Gary Payton has taken its toll. Also, Otto Porter may not play in Game 6 against Memphis.

Even through the regular season, the Grizzlies were proving that they could win even without Ja Morant, but there were doubts about the playoffs. The day before, the star playmaker was out due to a knee injury, but Memphis kept the series intrigue alive and won on the road by a blowout score. Tyus Jones is good as a backup playmaker and is one of the best assist-to-loss ratios in the league.

Not only did he not lose the ball once in the last game against Golden State, but he added 21 points to his 9 assists. In addition, Taylor Jenkins's squad had Jaren Jackson Jr. open long-range shots and Desmond Bane finally showed up. In the end, Jackson, Bane and Jones each scored 21 points. Memphis constantly forced their opponent to lose the ball and had 12 steals. The front line also did a terrific job and relied on Steven Adams, who had barely been in the rotation recently. The New Zealand center had 6 offensive rebounds, with another 5 coming from Brandon Clarke.

The Warriors should have made conclusions not only from the recent defeat, but from the victory in Game 4, when it was only in the end that the Warriors somehow took the lead. The Warriors' coaching staff had been successful as early as Game 3 as Golden State began to move the ball and create good scoring chances. Memphis certainly surprises with the fighting spirit, but even with Morant in the lineup, they had problems on offense. Brooks and Bane are unstable in the series with the Warriors, failure could happen at any moment. I suggest betting on the following outcomes: