Golden State Warriors vs Miami Heat: Can be an exciting battle but Warriors may have the edge 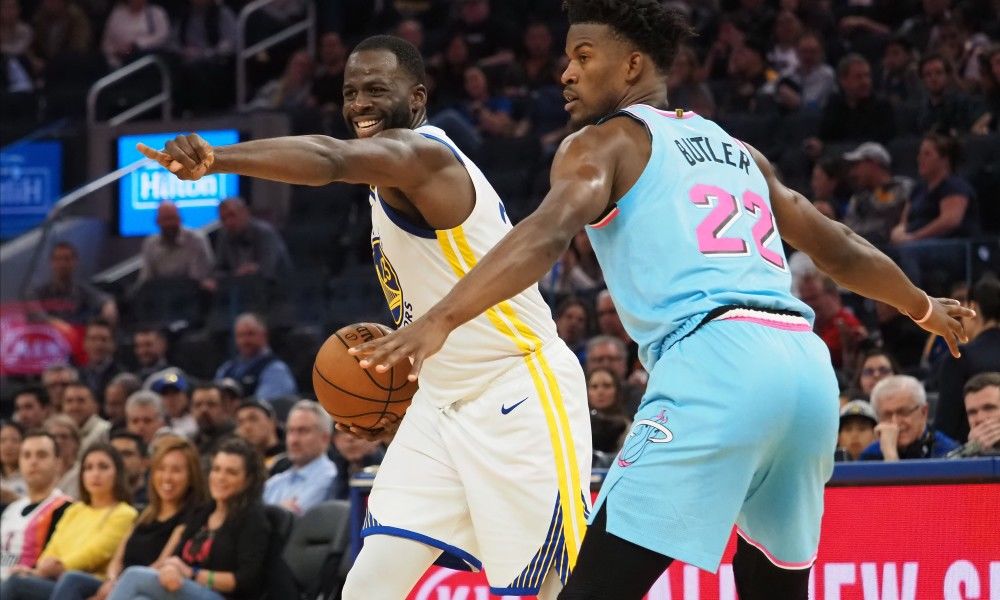 COVID-19 has struck the NBA world with its full flurry and that has caused multiple changes to the policy of the league in varied ways. With teams allowed to now sign players on ten-day deals, which has been a major way to keep the league going. Anyway, let us jump into this one, a game where the Golden State Warriors meet the Miami Heat. Warriors have one of the best records in the league with 28 wins and seven losses, coming off a huge win against the Utah Jazz as Curry and co. once again finished in a resounding manner. On the other hand, the Miami Heat got their five-game winning streak snapped as the Kings beat them in a close affair. Overall, the Heat has been on-song even after fielding depleted rosters. Both teams are deep and both teams have been doing well in terms of wins but yes, the Warriors are considered a bigger title contender. Can the Heat overcome the high-yielding Warriors in a back-to-back night scenario? For my game result and game total prediction, go to “Expert Betting Tips”.

Butler factor: Jimmy Butler is a vital player for the Heat’s schemes. His two-way threat gives the team a certain edge at the wing position during many games. On the other hand, Kyle Lowry is a pesky perimeter defender and he is also able to perform the role of a playmaker, and a perimeter shooter. With Herro, you get a dynamic scorer, someone who can insert 20 or so regularly. When healthy, Duncan Robinson is an elite three-point shooter and along with hustle players like Tucker, Adebayo, and a deep bench containing Caleb Martin, Morris, and Gabe Vincent, Heat has multiple players in their mix. Overall, the Heat has a lot of weapons to deploy on the offensive and defensive edge. This is a reason why Heat has won more than half of games even without Butler and Adebayo in the mix, this is where the signing of Kyle Lowry has helped the case quite a bit.

Warriors’ elite offense and defense: With Draymond Green returning to the fray, the Warriors have been bolstered on both offensive and defensive end. The big Forward is a stellar playmaker, rebounder, and defender, plus he can help give important directions on both ends of the floor. The team has a lot of athletic wings in Wiggins, Porter Jr., and Iguodala in the main rotation, while all three are great defenders, Wiggins is the most versatile scorer who can dip in 20 or so regularly. Porter Jr. can hit the open jumpers, while Iguodala has given terrific assists off the bench. And of course, I needn’t mention the guard trio of Curry, Payton II, and Poole, with all three holding down the defense on perimeter, switching well, whereas we know by now pretty well what Curry can do on offense while Poole can dip in 14 or more regularly and Payton II can make a lot of difference, getting fastbreak points and hitting key shots.

Points Range: Warriors and Heat are both high-producing offensive units and can do a great job at the defensive end. Let us see what the last five games of both teams have totaled, for Warriors: 239, 175, 223, 217, and 211. On the other hand, Heat’s last five games have totaled: 228, 230, 231, 176, and 227. Overall, I believe if we look at the overall season scenario then both teams have played games around the 215-225 range. I think the Warriors’ defense reduces a potential 228-238 range to 211-223, while the Heat’s defense is no less intimidating but their games can total around 230. Overall, I think with the Warriors’ defense, Heat can be limited around 110 and on the other hand, the Heat can have one of their signature defensive games too. I smell a 209-219 range here.

Prediction: Ah, see, when the Warriors play, I feel so hesitant to bet against them, usually it doesn’t end up well. On the other hand, the Heat can be dangerous on both ends too and can be a safe bet. However, the Warriors beat a high-scoring Jazz in the last game while Heat lost a lowly Kings. However, this is the NBA and the best teams can also bring the best out of a team. But what do you think, is it wise to bet against the Warriors on their home turf? Well, I don’t think so, still, I am confused here because I also feel the Heat will have something special up their hat. Still, I take the Warriors to win this 109:106, this could be a close game.