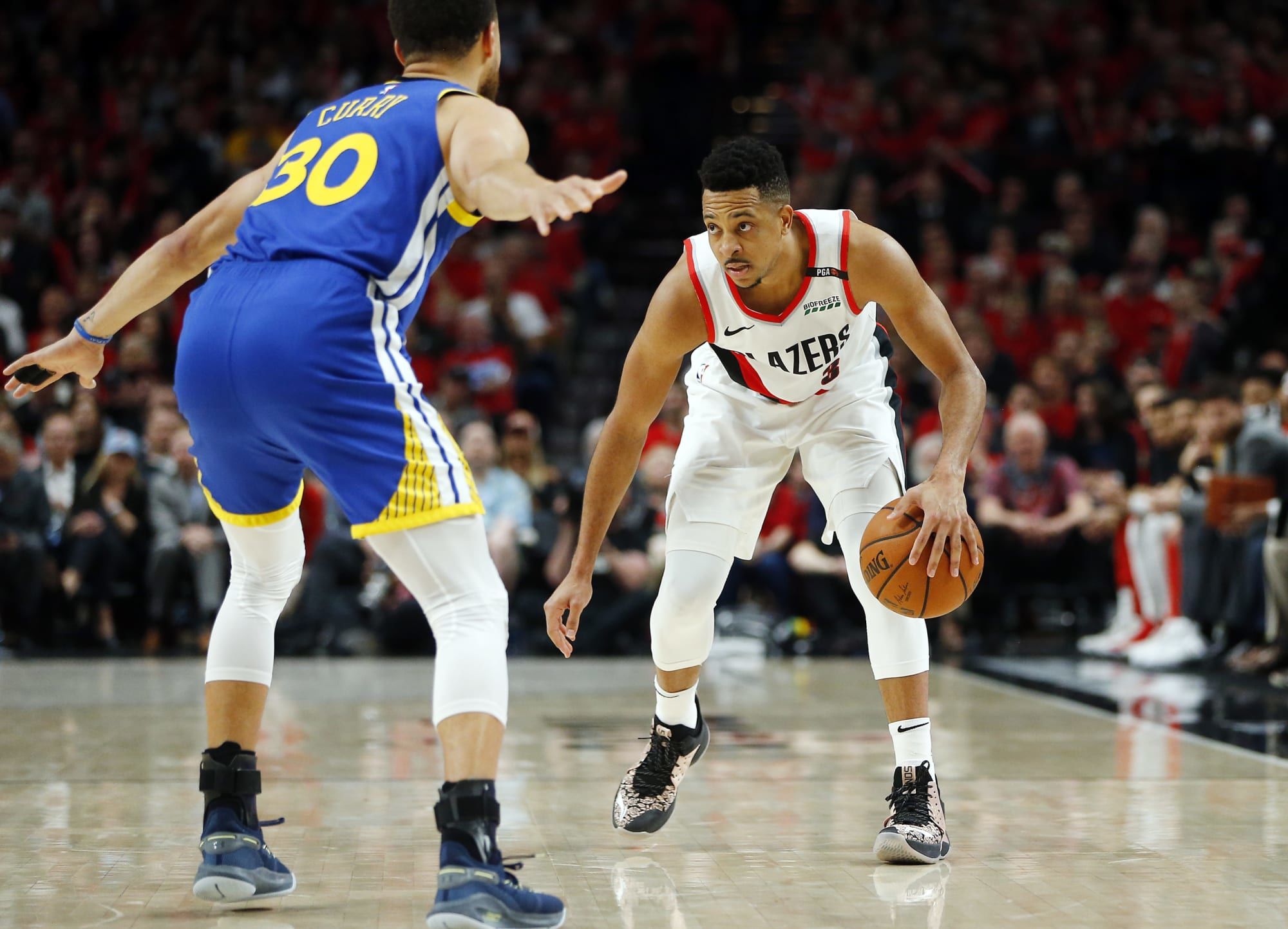 In this inter-conference battle, the Golden State Warriors will host the Portland Trailblazers. Warriors have won 16 out of 18 games while the Trailblazers have 10 wins and 9 losses so far. Surely, this promises to be a high-scoring affair. For a quick overview, head over to the “Notes” section.

Golden State Warriors: They can torch you

Scoring comes easy: Curry can easily get into the 20s when it comes to scoring, Wiggins is averaging around 19 a game and combines for around 40 points or so along with Poole. Green gets the team going with his playmaking while bench players like Otto Porter and Juan-Toscano also are becoming regular contributors. Warriors are yet to score below 100 this season and their starting lineup has buried most opponents. Warriors rank number one in points per game with 114+ and have scored 110+ points in most of their fixtures.

Defensive prowess: Imagine scoring the most points in the league and allowing the least points! That is what Warriors have done who allow less than 101 points a game and have held many of their opponents under 100 points. Their opponent’s field goal % of 42 is the best effort defensively and the Warriors force over 15 turnovers a game, which makes them top-five in that regard. With the frontline defenders like Wiggins, Draymond, and Looney, with guards Poole and Curry, the Warriors can switch on multiple positions and pose problems.

Offense can be generated: While Damian Lillard is capable of hoarding 25+ points most nights, Norman Powell has scored 19 or more points multiple times. On his day, CJ McCollum can light it up for 20 or more points while Nurkic can also contribute with around 10 regularly. With reserves like Larry Nance, Simons, and Little, the scoring flow keeps showering and Portland is able to score 110 or more on most nights. Offensively, Trail Blazers are among the best squads in the league.

Defense is sub-par: Portland is a team that is built for high-scoring games, defense is surely not its forte. Portland has squandered around 110 points a game and ranks among the bottom ten in that regard. Opponents have shot around 47.1% against the squad and the team struggles to hold down points. Lillard and McCollum are not pesky defenders at perimeter while Nurkic also can’t hold down inside scoring. Perhaps only Covington brings some semblance of defense otherwise Portland is a faltering unit at the defensive end.

Points Range: Both teams can score 115 or more on a regular basis. However, the Warriors defense can dry up points both inside and outside so that can affect the total of the game. If we bring in various metrics, then the total range can still look around 225-24. You never know with two high-scoring squads.

Prediction: Golden State has the edge both form-wise and in terms of defense. It will be a surprise if Portland ekes one out here although the chances of doing that look low. We predict a high-scoring game with Warriors edging in the closing moments.