Content
To top
1.
Warriors are back in the groove, Kings have been divorced from wins
2.
Expert Betting Tips
3.
Betting Odds
Users' Choice
12 200 USD 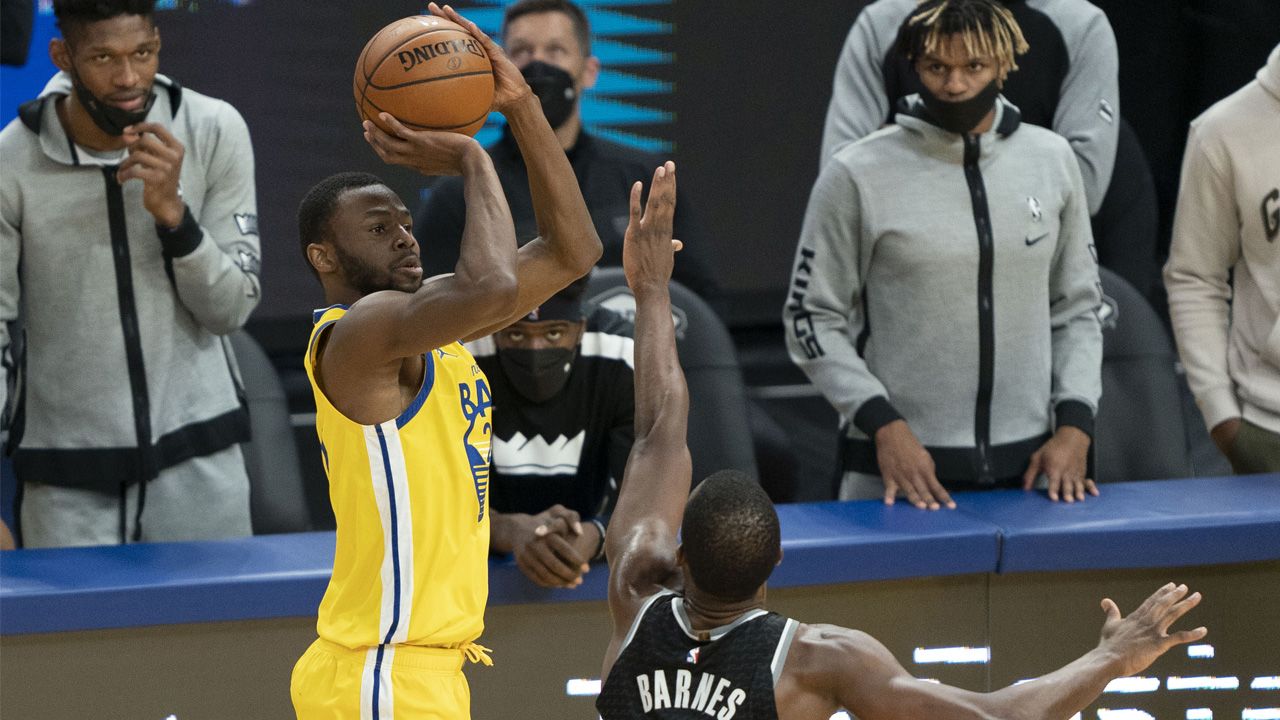 The NBA world is tricky for sure but then there are some teams that show promise just when you look at the roster's make-up. These are the teams usually spearheaded by top-notch players who have made themselves a household name in the previous seasons or the teams who had a great promise in the previous season. Then there are teams who you know will struggle time and time again. Historically, traditionally, there are some teams who keep on failing and lodge below 50% win records. The two examples are going to square off here in the Golden State Warriors and Sacramento Kings.

The Warriors have the second-best record in the league, lodging 39 wins and 13 losses, coming into this game on a seven-game winning streak. They had a strong home-stand earlier and won their last game without Curry, Wiggins, and Thompson indicating that they are a deep team. Golden State is on the field of championship and teams like Suns, Grizzlies, Bucks, and Heat can’t take this deep outfit lightly.

On the other hand, the Kings have been struggling big-time this season and well, this has been the case since the 2005-2006 season. They have lodged just 19 wins and have lost a troubling 34 games. They won the last game against the Nets but have lost seven of their last eight games, a type of window that we have become accustomed to by now from this flailing team. The Kings have been losing ground each month and with the trade deadline mere seven days away, this team can be active. Can the Warriors take care of business and add another feather to their cap this season? For my game total and result prediction, go to “Expert Betting Tips”.

Warriors are back in the groove, Kings have been divorced from wins

Warriors are on fire yet again, watch out!

It was a matter we knew before the Warriors got going again. They hit a cold spell from the early to late mid-January window. The team lost around 70% of their games but now, they are back in full flow. What changed? Well, with Draymond’s injury, the team lost the grip on both ends of the floor. Green provides leadership on both ends of the floor when he is active and the team does need him in the long-run. Then the comeback of Klay Thompson disturbed the rotations big-time as Jordan Poole lost his rhythm too after being relegated to the bench role. Steve Kerr had to make some adjustments before the Warriors hit their next-level horsepower.

Now, Poole has adjusted to his new role and not only is he a great cover if Curry or Thompson get injured but he also provides a terrific balance to the guard position. Kevon Looney has done an amazing job at rebounding the ball and also providing help defense. Curry, despite his shooting struggles, has been a major playmaker and someone who keeps defenses busy at all times with both his off-ball movements and dribbling skills. Thompson is clicking on his jumpers while Andrew Wiggins continues to be one of the best two-way wings in the league. Gary Payton II gives a lift off the bench too while Kuminga, Lee, Toscano-Anderson, Bjelica round off a more than decent bench. When active, Otto Porter Jr. has been a formidable two-way player too.

Kings have been underwhelming, no surprise there.

Sacramento Kings keep on losing and as much as they lose, the fans must have accepted by now that this is what this team is all about. The players have not been kept happy by the management and the move to shift Buddy Hield to the bench has only worsened the matters. Richuan Holmes’ game has fallen off the radar compared to last season and the Kings have struggled despite having some experienced players in the core. Perhaps, changing coaches or bringing in high draft picks has become a routine exercise and this strategy hasn’t paid off in more than 15 seasons by now.

If anything, Tyrese Haliburton’s growth has been exciting and if Fox seeks a change of scenery, Tyrese can at least develop into a high-quality Point Guard. Davion Mitchell has had his moments but the defensive guard has ways to go. Harrison Barnes has given stability at wing but I think he may be seeking a change in scenery as his prime is getting washed off playing for a non-Playoff team. Buddy Hield has struggled massively this season and perhaps even he needs a change in scenery. The bench has become weaker since the injury to Terance Davis and the Kings lack promise as of now. This is why I believe that they can be highly active during the trade deadline, there are many teams that can do with the help of players like Barnes or Hield.

Points Range: The Warriors have been on fire recently on the offensive end and this is as well as they have played all season long. Golden State will look to expand their scoring arsenal further and with their high-quality guard rotation, they can get top-notch perimeter shooting early in the shot clock. On the other hand, the Kings did have 112 against the Nets but without Fox, their offence has struggled against high-quality defensive squads.

Coming to the defensive end, the Warriors have been way better than the Kings on average and have outplayed squads on that end massively. The Kings allow as much as 120+ on a regular basis and teams have put up 10-0/14-2 types of runs repeatedly against the struggling Kings. I think the Warriors will at least put up 115 here while Kings will be limited under 110. I feel the total points range here is 220-230.

Prediction: The Kings have been a struggling squad whether it comes to the home or away games. The team doesn’t have the same depth as the Warriors and they have been giving away both threes and inside shots on a regular basis. I think Poole, Thompson, and Curry will combine for 70 points(if the three of them play), meanwhile Wiggins will have a 18+ points game and Payton II will have some of his regular jams off the bench. I think Halliburton's impact will be limited here. I believe the Warriors will win this game 119:105.