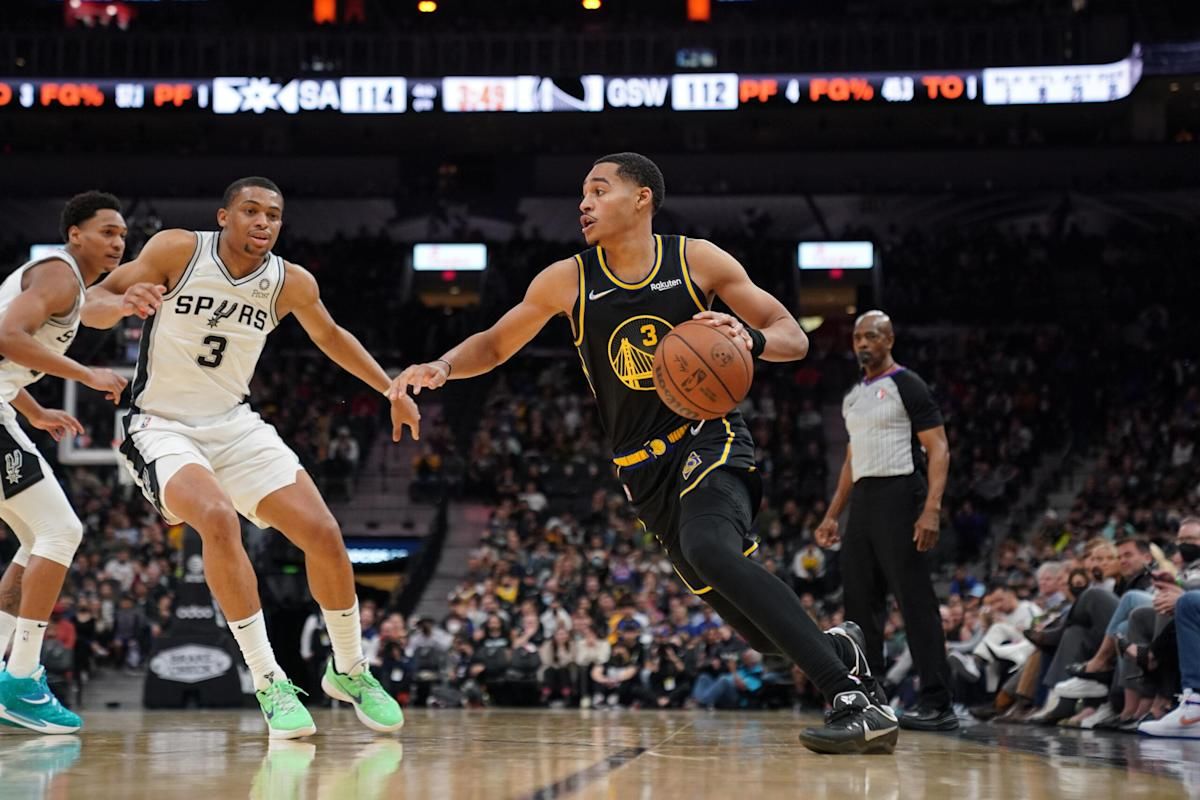 The NBA betting scenario is one of the trickiest ones and lately, as a predictor, I have found myself in dire straits. Like various teams, as a predictor/bettor, you can have your own winning and losing streaks, so yes, if there was a barometer that gauges the success level in the relation to the NBA world, one would surely like to be the Suns. But there are so many variations that can affect the results, and there are so many forms of betting scenes, that we can perform detailed analysis, lay down our positions, but in the end, it is the action of the floor that will trump it all, ain’t it? And keeping that in cognizance, we head to the Western Conference as the Golden State Warriors take on the San Antonio Spurs.

Warriors were elated earlier, now their heart has been ripped out

There was a lot of hugging, smiles, and joy in the Chase Center when Draymond Green returned a couple of games ago versus the Wizards. But all that changed when the team learned that Curry may end up missing the rest of the season and losing your leading points scorer always disturbs the balance. However, there is one ray of hope and that is the depth at the guard spots. Jordan Poole is an intimidating isolation scorer at the one-guard position, Thompson can rain it down from the floor as the off-guard and he needs to be available because then only can the Warriors have effective scoring. But we can’t overlook the Forward position loaded with Wiggins, Kuminga, and Green, all of who bring different sorts of skillset. The defense will improve with Green’s return but the overall cohesion without Curry can take a hit. Much of the offensive production will depend upon how Poole, Thompson, and Wiggins, and all of the three can stack up 20 or more regularly.

Spurs have been too inconsistent

The Spurs just seem to fail in terms of lodging a 50% win window in a ten-game space. They have a tendency to give up the game early when introduced to tight defenses and their own defense is surely one of the worst in the league. A 10:35 first quarter against the Pelicans at home certainly would have deflated the season. Spurs are falling out of the Play-in tournament race and they will wish either the Lakers or Pelicans hit a cold spell, but things will not change unless they themselves get their act together and put on a strong winning streak. And another huge issue has been the team has been unable to win against elite teams, having an 80% losing record against such squads. So, Jakob Poeltl, Keldon Johnson, and Devin Vassell need to be more consistent and aid Murray’s efforts, because there is not much time to make a run for the Play-in tournament. Another issue has been the defensive issues and they have really held back the team in big ways.

Points Range: It will be interesting to see how the Warriors will respond after losing Curry but they do have some sharp tools in their arsenal. Draymond Green may get back his starting slot back soon and he will be expected to also take up his old major playmaking duties, especially with Curry out. For the Spurs, their defense needs to hit strides and they will take on the Warriors team that can pose a ton of troubles. The Warriors can be tight defensively with their anchor Draymond back in the mix and lately, the Spurs have shown some propensity towards struggling offensively. I believe the total points range here is 220-230.

Prediction: As I said earlier, a team can take a big hit when the leading scorer is gone but hey, this is a great way to tackle the loss of the league’s leading three-point scorer. Jordan Poole has been having a breakout season and he will surely like to prove that he can take command of the Point Guard position and thrive even with the limelight upon him. The Spurs have not been playing a disciplined style of basketball. That is why despite missing Curry, I see the Warriors nabbing a 118:108 win here.